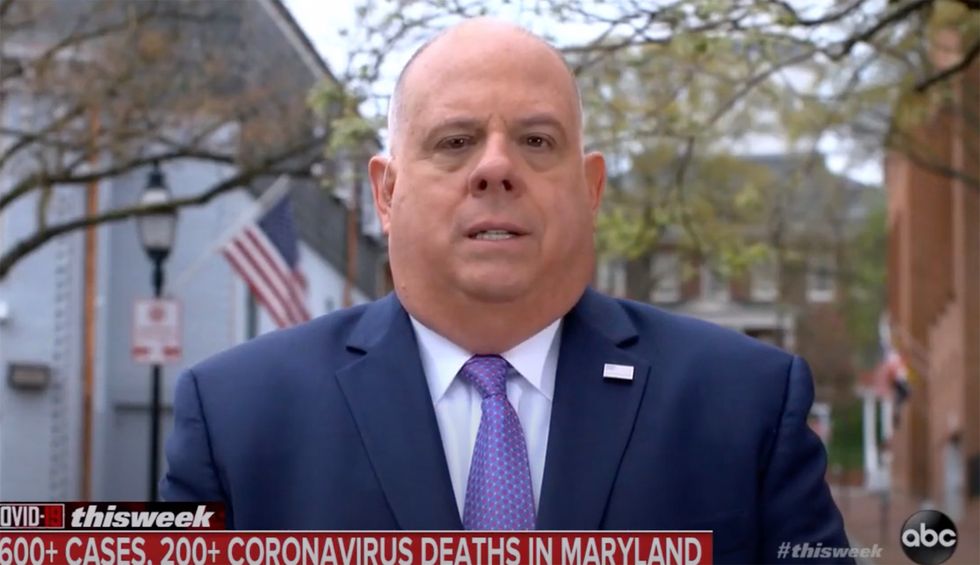 It seems governors on both sides of the political aisle are getting more than a little fed up with Donald Trump and his team of merry incompetents, during the COVID-19 pandemic. After a particularly incoherent and rant-laden Trump press briefing on Saturday, multiple state governors pushed back on the White House and on Trump directly.

"For the national level to say that we have what we need, and really to have no guidance to the state levels, is just irresponsible. Because we're not there yet."

That Trump and his Vice President Mike Pence would lie so boldly about the availability of testing, yet again, was not the most even the most alarming thing to come out of the collapsing White House this weekend. On ABC, Washington Gov. Jay Inslee addressed the other current insanity: Donald Trump, supposed "president", sending tweets demanding that protesters "LIBERATE" various states from their pandemic stay-at-home orders. Whether that is intended to encourage violence or encourage widespread stupidity can be debated, but either will get (still more) Americans killed.

Said Inslee: "To have a president of the United States basically encourage insubordination, to encourage illegal activity—these orders actually are the law, in these states, and again these are not just Democrats, these are Republican-led states as well—to have an American president who encouraged people to violate the law, I can't remember a time during my time in America in which we have seen such a thing. And it is dangerous, because it can inspire people to ignore things that actually can save their lives."

As for enabler Mike Pence, one of the two Republicans in America most responsible for keeping Donald Trump in a position to do active damage to the nation even after his corruption and incompetence has been unequivocally exposed, he could not muster a defense. He could only ignore the questions posed to him, on both Meet the Press and Fox News Sunday, on Trump's "LIBERATE" demands, lying and gaslighting the American public in the same manner that he has used to ignore every other one of Trump's self-serving, destructive twitches.

As state governors go around Trump and Pence in efforts to deal with the national crisis despite the White House's bumbling incompetence, Pence will likely be sticking with Trump to the end. He doesn't have the character to do anything else. In the rest of the nation, however, other political leaders recognize that both their continued careers and their legacies will hinge on not getting Americans killed in record numbers, no matter what Trump's remaining team of sycophants and ass-kissers does in the meantime.