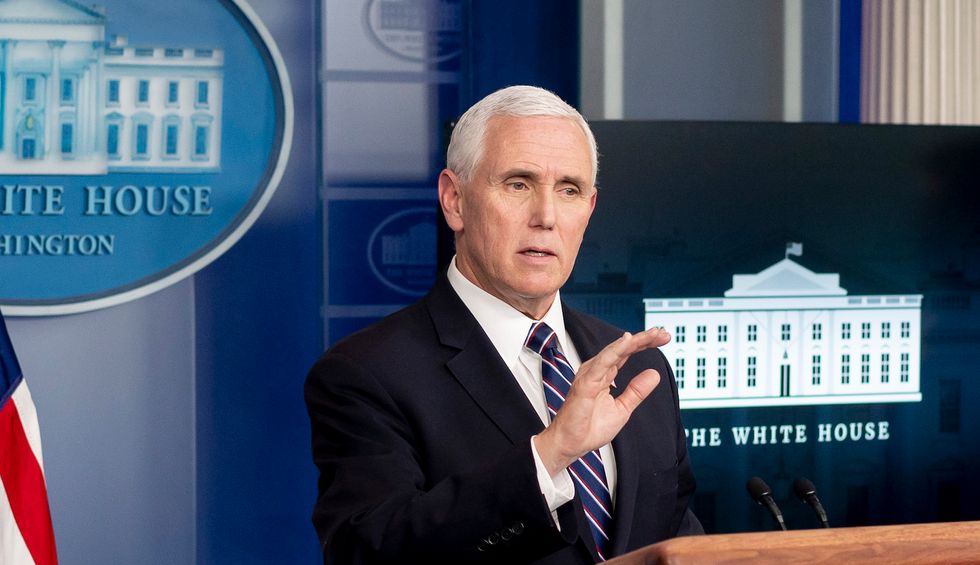 Critics of President Donald Trump generally don’t spend a lot of time defending Vice President Mike Pence, who seldom questions anything the president has to say. But comedian Seth Meyers, a frequent Trump critic, recently lambasted the president’s attempt to throw Pence under the bus over an important issue pertaining to coronavirus.

At an April 1 press briefing, Meyers notes, a reporter brought up Trump’s refusal to reopen Obamacare enrollment for Americans who don't currently have health insurance.

“When [Trump] was asked why he wouldn’t reopen the Obamacare exchange,” Meyers explained during a lengthy monologue on his show, “he turned the question over to Mike Pence —and then bragged that Pence had found a way to talk for five minutes without answering the question.”

Pence, to be sure, did give a long-winded response to the reporter’s question — but he never actually answered it.

And when Pence was done speaking, Trump actually called him out on it: “I think that’s one of the greatest answers I ever heard because Mike was able to speak for five minutes and not even touch your question…. That’s what you call a great professional.”

Of course, Trump himself had completely dodged the question by throwing it to Pence. And since millions of people are uninsured in the United States during a deadly pandemic, facing the prospect of massive health care bills if they end up hospitalized, it's an important question to answer.

Meyers asserted, “Think about how much of a sociopath you have to be to brag that you didn’t answer a question about whether Americans can get health care during a pandemic.”

The comedian went on to say, “Trump’s like a public defender sitting next to his client during a murder interrogation, saying, ‘Notice how he hasn’t confessed yet? I mean, and this guy — this guy right here…. A real sicko. Hey, tell him you secretly write your name in your victim’s diary.’”

Meyers also discussed Trump’s aggressive promotion of hydroxychloroquine as a possible way to treat coronavirus. Although hydroxychloroquine has been used to treat malaria, Dr. Anthony Fauci and other health professionals have stressed that it still needs a lot of research where COVID-19 is concerned.

Trump, Meyers asserted, “won’t even offer millions of Americans basic health insurance during a deadly pandemic. What is Trump offering? Well, like a true huckster, he’s selling them an unproven medication that’s still in clinical trials.”