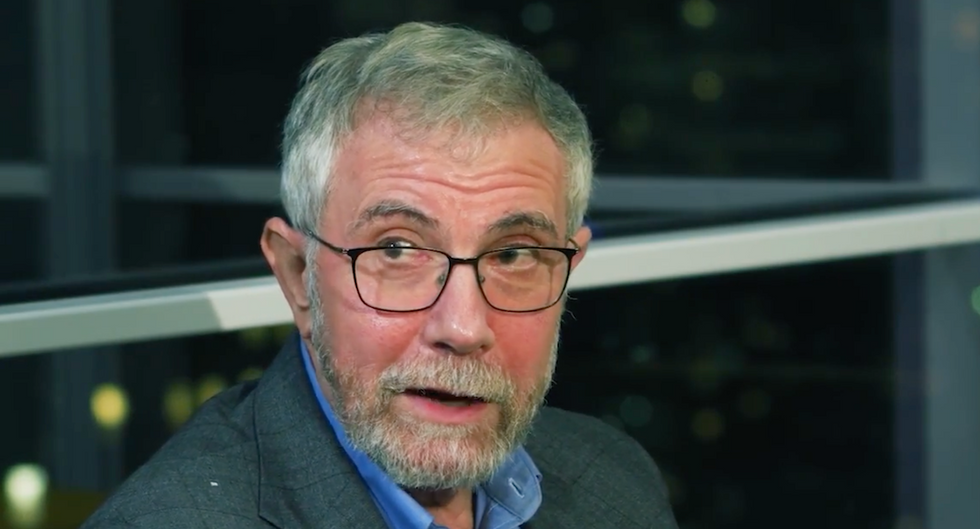 Last week in his New York Times column, liberal economist Paul Krugman lambasted Senate Majority Leader Mitch McConnell for his assertion that individual states in the U.S. should be allowed to go bankrupt during the coronavirus pandemic and that he had no desire to “bail out blue states.”  Krugman revisited the subject in a Twitter thread on Monday morning, explaining why some red states might be the ones suffering the worst budgetary problems in the months ahead.

“As states exchange insults over who subsidizes who (yes, blue states subsidize red states), some people I’ve been talking to are suggesting that red states may face a worse fiscal crisis than blue this time around, [because] of their different revenue bases,” Krugman tweets.

Krugman goes on to describe the revenue sources of two blue states (California and New York), a light red state (Texas) and a swing state (Florida).

“Look at the big four,” Krugman writes. “CA and NY get most of their revenue from income taxes, which may hold up fairly well: high-income workers less likely to be laid off, often able to work from home. FL and TX have no income tax, dependent on sales taxes, which must be plummeting.”

When so many brick-and-mortar businesses deemed non-essential are shut down, a lot of sales tax revenue is lost.

“We’ll see,” Krugman writes. “But not too surprising if a few months from now FL and TX are screaming for an aid package.”

@paulkrugman It is also true that the blue regions within red states subsidize the rest of the states. In Kentucky… https://t.co/9knwFMfGqT
— John Laurens (@John Laurens) 1587999190.0