'No one' in Puerto Rico has received $1,200 recovery checks: San Juan mayor 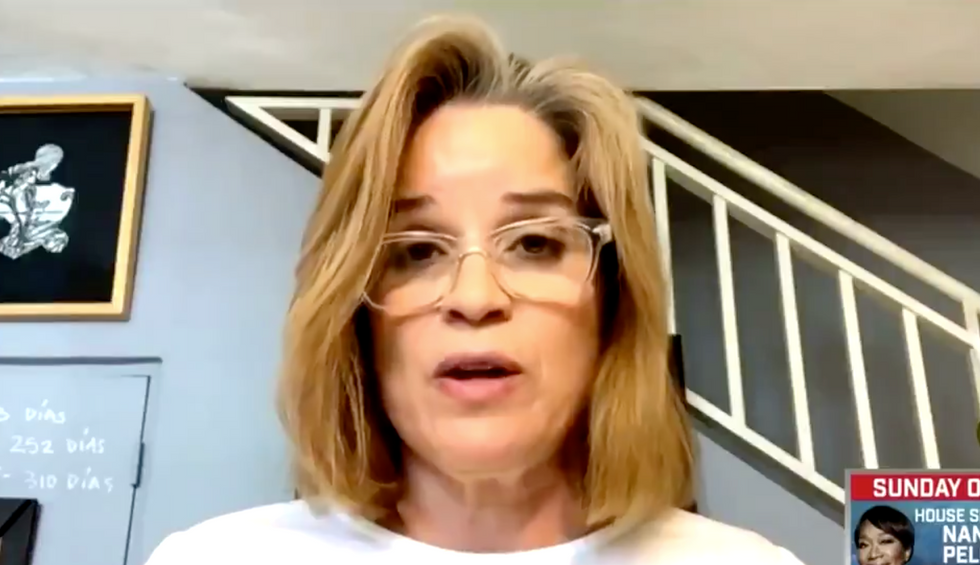 Carmen Yulín Cruz, the mayor of San Juan, Puerto Rico, alleged that the federal government has yet to provide a single resident on the island with a coronavirus stimulus check, weeks after payments began to go out.

Cruz, who feuded with President Donald Trump over his administration's lagging response to the damage wreaked by Hurricane Maria in 2017, called out the administration for neglecting the island's residents once again in its distribution of the stimulus funds.

Cruz told MSNBC that the island has also struggled to distribute $500 payments that were promised by Puerto Rico Gov. Wanda Vázquez Garced and unemployment benefits to more than 130,000 residents who have applied since the outbreak began.

"No one in Puerto Rico has received their $1,200 coronavirus stimulus checks from the federal government," she told the network. "We're having problems with a local $500 check that the governor said was going to be distributed."

Cruz said that she and other mayors have had to rely on religious and community leaders to distribute food to those in need because of the delays.

Cruz's comments came after the Treasury Department, which has already sent out more than 88 million payments across the country, vowed to start sending payments to Puerto Ricans in the coming "weeks."

"As we complete the agreements with the Internal Revenue Service and the U.S. Treasury on the distribution of the Economic Impact Payment, we have already identified some 486,000 taxpayers who would receive approximately $800.1 million, in all likelihood, in the upcoming weeks," Francisco Parés, secretary at the Puerto Rico Treasury Department, told the Puerto Rican business news outlet News Is My Business.

Puerto Rico has long dealt with severe health challenges. The Health Resources and Services Administration reported that 72 of its 78 municipalities faced "unmet health care needs" before the outbreak. The island, a U.S. commonwealth, also filed for bankruptcy in 2017 after determining its government could not pay $120 billion owed in bond and pension obligations.

A group of 11 U.S. House members, many of Hispanic descent, called on House Speaker Nancy Pelosi and Minority Leader Kevin McCarthy to "guarantee that Puerto Rico is treated equally to the states in any of the upcoming coronavirus stimulus packages."

The letter, which was first obtained by the outlet, called for future stimulus packages to include "robust funding for nutritional assistance" and "debt forgiveness of community disaster loans."

"As Congress begins the next phase of legislation with help for states and localities," Velázquez said, "I'll be working hand-in-glove with Speaker Pelosi on solutions that address the unique challenges facing Puerto Rico and the 3.5 million U.S. citizens who live there."