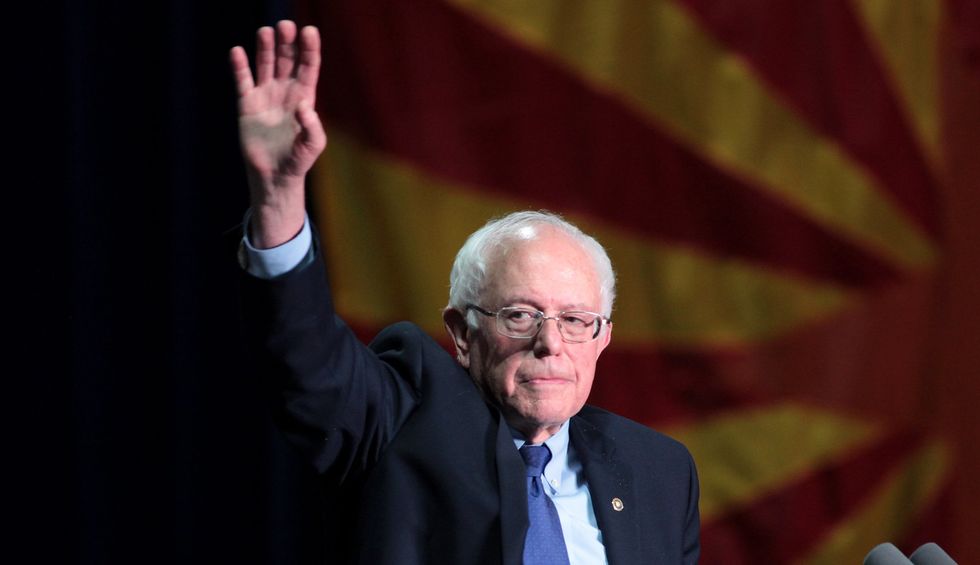 The New York Board of Elections on Monday decided to remove Sen. Bernie Sanders from the state's presidential primary ballot, a move Sanders campaign co-chair Nina Turner denounced as "bad for the Democratic Party" and "bad for democracy."

"Their decision is bad," Turner, a former Ohio state senator, told HuffPost. "It has a chilling effect on democracy as we know it, because the ability of the people to weigh in was stripped from them before they had an opportunity to cast a ballot."

Kellner and Spano said their decision to remove Sanders and cancel the New York presidential primary was motivated by concern for public health amid the coronavirus pandemic, but Stephen Wolf of Daily Kos Elections argued that justification "makes no sense."

"One can't help but see this as the New York Board of Elections trying to protect machine Dems from insurgent progressive primary challengers," Wolf added.

The board's decision came just hours after the legal team representing the Sanders campaign warned New York election officials that removing the Vermont senator from the ballot would "would sow needless strife and distrust, impeding Senator Sanders' efforts to unify  the Democratic Party in advance of November elections."

"Senator Sanders wishes to remain on the ballot, and is concerned that his removal from the ballot would undermine efforts to unify the Democratic Party in advance of the general election," Sanders attorney Michael Seymour in a letter to the board on Sunday.

The board's move was made possible by a provision tucked in a budget measure signed by New York Gov. Andrew Cuomo on April 13 authorizing state election officials to remove from the ballot candidates who are seen to have ended their presidential campaigns.

Sanders suspended his presidential campaign on April 8 but said he wished to remain on the ballot in upcoming primary contests to continue accumulating delegates in an effort to exert influence over the Democratic Party platform.

"While Vice President Biden will be the nominee," Sanders said at the time, "we should still work to assemble as many delegates as possible at the Democratic convention where we will be able to exert significant influence over the party platform and other functions."