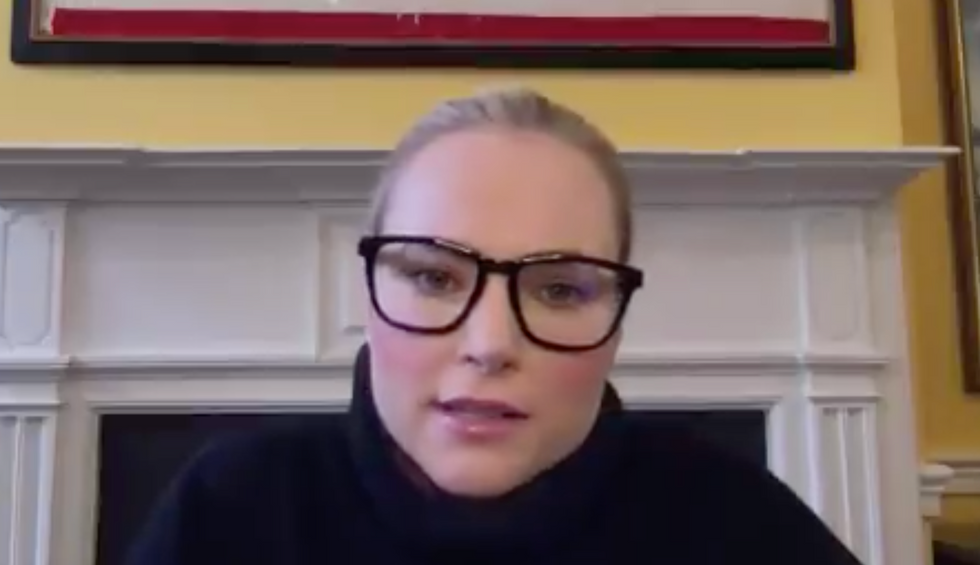 In yet another example of a Black Democrat having to educate an out-of-touch Republican on racial disparities, Sen. Kamala Harris had to explain that the disparity between white coronavirus patients and black coronavirus patients is only the latest example of the American health care system failing Black people. Harris made a virtual appearance on “The View” talk show Wednesday, with each host broadcasting remotely in light of the novel coronavirus pandemic. Even before Harris’ appearance, Meghan McCain, one of the show's co-hosts, seemed to be taken aback by recent news that in several major cities Black patients are more likely to be affected by and more likely to die from novel coronavirus complications.

“The coronavirus has shown that this racial bias is showing up in larger numbers and it’s very hard to watch this country let an entire segment of the population get sicker and die faster in a different way,” McCain said earlier this week. She detailed that she’d spent the weekend listening to commentary about the disparity, and “maybe we need to start sending medical care into different communities in different areas that don't have the same kind of access to medical care that everyone on this show does," the host added. Translation: Maybe we should start providing the resources that people of color have been advocating to get for decades. You think?

This country has been sitting idly by while Black and poor people die from treatable diseases for longer than I’ve been living. So what exactly did McCain—who has been an outspoken critic of Sen. Bernie Sanders’ push for universal health care—think would happen when we came across a novel virus? She gets not one single clap of praise from me for mentioning a disparity she has indirectly advocated to uphold. Kimberly Foster, founder of the Black feminist blog For Harriet, called BS on the host’s call to action in an Instagram video Thursday. "You know to see somebody like Meghan McCain being like, 'I never knew it could get this bad in America,'" Foster scoffed. "You know who did know it could get this bad in America? Poor people. Black people. People for whom these structures regularly fail. They regularly fail us. And now we see those failures happening on a massive scale."

The many, many institutional failures we’re seeing right now in the United States could’ve been predicted by any Black person in this country. Via @kimberlynfoster

More than 15,000 people in the United States have died after testing positive for the novel coronavirus, and there have been more than 450,000 confirmed cases of the virus in the country, The Hill reported. According to data the Centers for Disease Control and Prevention released Wednesday, although the agency’s sample size was 59% white, 14% Hispanic, and 18% Black, the most severe coronavirus cases were among people of color, and specifically Black people. 45% of hospitalized coronavirus patients were white; 8% were Latino; and 33% were Black, the agency reported.

Harris, who was on "The View" to advocate for credit allowances in the face of this deadly pandemic, said part of addressing the coronavirus disparity must include the long history it is linked to. "So the fact is that during a crisis, it magnifies the disparities that existed before the crisis," she said, "and in a crisis people who are doing bad do even worse."

Black people are 20% more likely to have asthma, 40% more likely to have high blood pressure, and Black women are three times more likely than white women to have the autoimmune disease lupus, Harris said. “So those who had preexisting health conditions based on racial disparities, based on socioeconomic disparities, are doing even worse in the midst of this pandemic,” Harris said. “So it requires us to address it in a way that also recognizes the historical nature of it.”