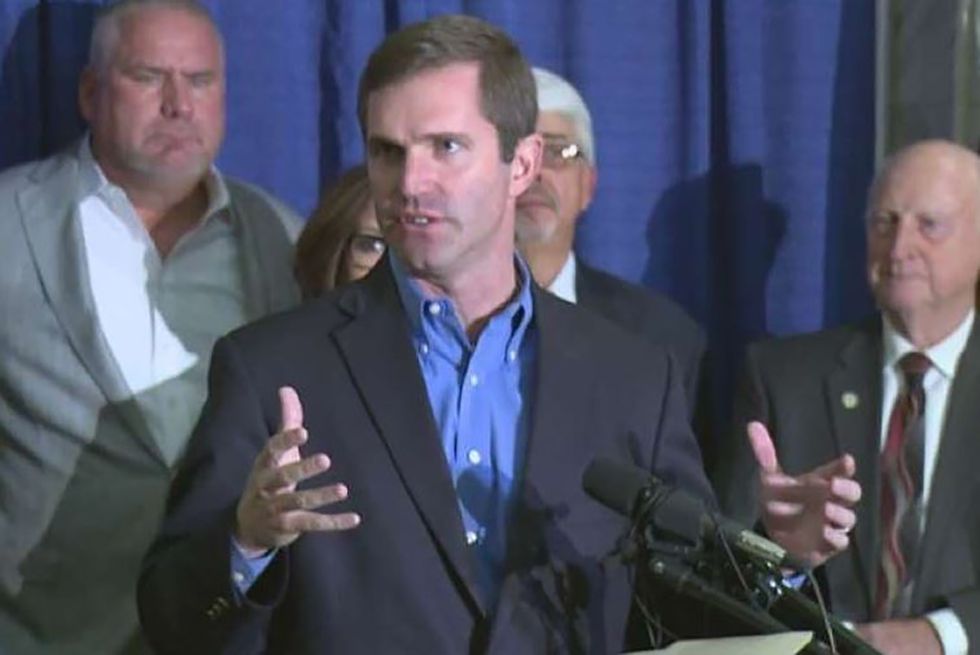 At a Monday press conference in Kentucky, Democratic Gov. Andy Beshear criticized the “bad apples” who were filing for unemployment under fake names during the coronavirus pandemic — noting that someone had submitted an application under the name Tupac Shakur (which was also the name of a famous rapper killed in 1997). But according to the Lexington Herald Leader, a Kentucky resident with that name really is legitimately seeking unemployment relief.

At the news conference, Beshear appeared to be thinking of the late rapper when he told reporters, “We had somebody apply for unemployment for Tupac Shakur here in Kentucky — and that person may have thought they were being funny. They probably did, except for the fact that because of them, we had to go through so many other claims.”

But in Lexington, Kentucky, 46-year-old Tupac Malik Shakur is —  according to Lexington Herald Leader reporter Daniel Desrochers — legitimately seeking unemployment assistance after losing a job as a cook in a restaurant that closed because of the pandemic.

Shakur first applied for unemployment on March 13 and is still waiting for the money. Desrochers quotes Shakur as saying, “I’ve been struggling for like the last month, trying to figure out how to pay the bills.”

According to Desrochers, Shakur has been trying to find out why his unemployment claim didn’t go through but didn’t think it was because someone in the state government believed his application was a prank. Desrochers reports that the State of Kentucky is now working to resolve Shakur’s unemployment claim.