How the coronavirus has created an opening to save our climate 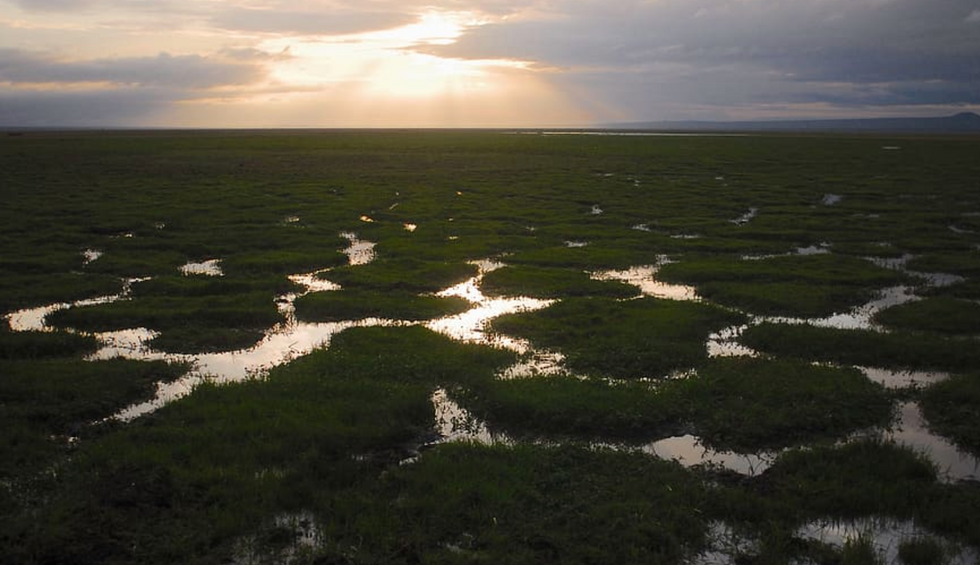 With swift and utter clarity, the coronavirus pandemic is smashing the myth of U.S. individualism. We are not independent individuals as many of us like to think, making it because of our own strengths or failing because of our own weaknesses. The virus has shown us how we are a complexly interdependent—and deeply unequal—society; our fates irrefutably linked to each other.

This is a lesson that the climate crisis has also been teaching us, though it hadn’t yet sunk in. The Australian wildfires at the end of 2019 were a blazing outro to a year that saw growing numbers of people in the U.S. finally come to grips with the reality of the climate crisis. On cue, news outlets churned out a whole slate of “easy ways to go green in 2020” articles. Because that’s how we do it here in our individualistic, capitalistic culture: focus on fixing ourselves (often in the easiest way possible) instead of fixing the systems we’re embedded in. But tackling the climate crisis on your own is really hard.

It’s hard because powerful entities like the fossil fuel industry and other big polluters have spent decades and vast sums of money to make sure our economy and so many aspects of our lives are dependent on and driven by fossil fuels and other polluting products (like chemicals and plastics). They’ve shaped policy and stymied attempts to change course for decades so they can keep extracting and polluting (from backing car-centric city planning to preventing progress at the UN climate treaty). And now that they’ve pretty much lost the battle to deny climate change altogether, they’ve got their greenwashing PR machines on full blast. This includes offering tips on how we as consumers can make responsible choices for the planet, or falsely positioning themselves as climate saviors—including an ad for CITGO, a U.S. based petroleum corporation, which promises that every time you fill up your gas tank, the oil and gas corporation will make a donation for people whose lives have been devastated by recent hurricanes.

The fossil fuel industry is engaging in the same underhanded and reprehensible tactics used by other large industries that profit from selling harmful products. They undermine regulation and put the onus to change on individuals: a sure way to be able to keep doing what they’re doing. It’s a systemic problem that goes even beyond climate change.

Looking at it this way also gives us a clear idea of how we can actually create change. Given the systemic nature of the problem, there’s no way we can effectively make a substantive difference on our own by only changing our behaviors.

Absolutely, we need to be conscious of our carbon footprint. But the only thing that has ever changed the way corporations have been allowed to operate is when groups of people have come together in targeted campaigning. Just a few examples: primarily white farmers helped to end the railroad monopolies in the late 1800s; again farmers—primarily Latino/a and Filipino/a—led boycotts that won major changes in working conditions in the 1980s; nuns played a critical role in moving GE out of the nuclear-weapons-making business in the 1990s; and in the early 2000s, a Global-South-powered alliance of consumer groups, human rights organizations and others helped secure an international treaty that keeps Big Tobacco out of public health policymaking.

Perhaps the COVID-19 pandemic will be the moment when more people will pivot from thinking of themselves as individuals trying to make small changes in a systemic problem, to individuals working collectively to transform the systems that brought us here. As Keeanga-Yamahtta Taylor put it in a discussion about how to beat “coronavirus capitalism”: “The scale of the coronavirus crisis is so profound that there is…now an opportunity to remake our society for the greater good, while rejecting the pernicious individualism that has left us utterly ill-equipped for the moment.”

And as she and others have pointed out, in the collective response to COVID-19 we’re catching a glimpse of what such a society might look like. Mutual aid groups have sprung up across the country—neighbors helping neighbors, sharing resources, getting food and supplies to those who need it. People and organizations working on water issues, paid sick leave, housing, and more mobilized quickly to issue collective demands for a range of policies that seemed out of reach just a few weeks ago.

And we already have plenty of examples that demonstrate the effectiveness of collective actions that target the root causes of the crisis: The organizing at Standing Rock led by Indigenous communities and water protectors in 2016 brought the issue of oil pipelines into the national consciousness and spurred organizing and action across North America. A global coalition of climate justice groups is demanding that big polluters be made to pay. The youth movement is highlighting the role of corporations in the climate crisis and resisting attempts to be co-opted by them. People around the U.S. are calling on state attorneys general to investigate the fossil fuel industry.

It’s this kind of organizing that will create the sweeping changes we need. But it won’t materialize out of the blue. Organizing is powered by people. People knocking on doors and talking to their neighbors (once it’s safe to do so). People showing up on the streets and to meetings. People getting on the phone or showing up to the offices of their elected officials with clear demands. People giving their time and money to advance the collective cause.

Yes, getting involved in organizing might take more effort than ditching plastic straws or taking the train instead of driving. But if nothing else, our collective response to the COVID-19 pandemic has proven that collective action can enable swift and inspiring changes to how we operate as a society. Holding on to these lessons and shifting our mindset from individual response to community response is exactly what we need to change course and tackle the climate crisis.

Patti Lynn is the executive director of Corporate Accountability.