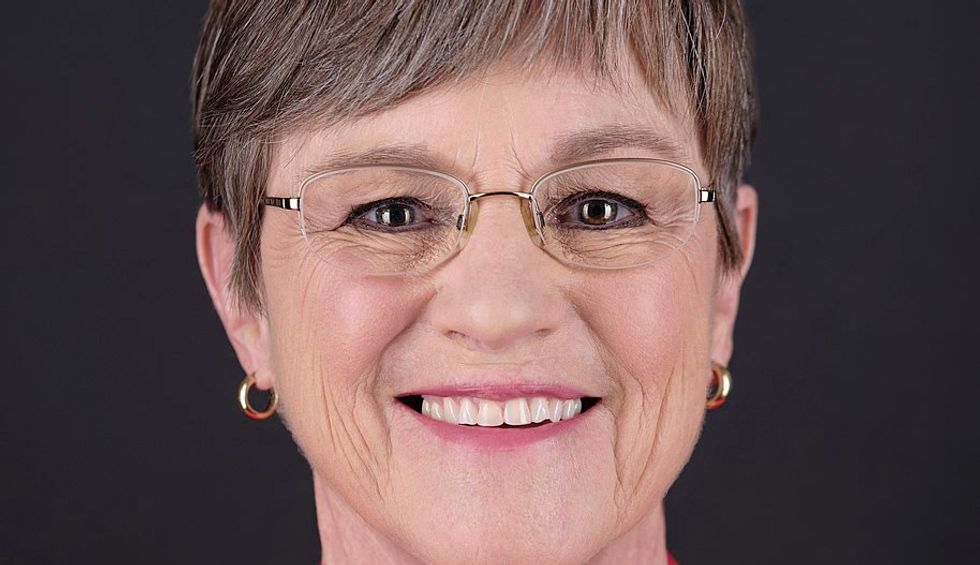 Over the weekend, the United States surpassed Italy as the country with the most coronavirus-related deaths in the world: of the more than 116,098 who have died from COVID-19 worldwide (according to researchers at John Hopkins University in Baltimore), over 22,100 are in the U.S. compared to roughly 19,899 in Italy. The U.S. is now the coronavirus epicenter of the world, and in an article for Politico, journalists Anita Kumar and Gavin Bade describe the battle that governors in various states have been fighting to obtain badly needed medical supplies.

Those supplies range from ventilators to PPE (personal protective equipment) such as medical masks and gowns. And according to Kumar and Bade, governors are trying a variety of things in the hope of receiving supplies from the federal government.

One of the governors who is expressing frustration, according to Kumar and Bade, is Kansas Gov. Laura Kelly. The centrist Democrat told Politico, “This is not something that we should ever be faced with. It really is the federal government’s responsibility to build those stockpiles, and distribute those during the time of crisis.”

Kelly, according to Kumar and Bade, “submitted seven requests for millions of masks, gowns and gloves that went unheeded until a reporter asked Pence about the situation in a briefing. Pence pledged to call her.”

Other Democratic governors who have worried about having sufficient equipment during the pandemic include Illinois’ J.B. Pritzker and California’s Gavin Newsom. Pritzker, Kumar and Bade report, “got results after he tweeted at the president and complained on TV.”

Brian Moran, who serves as Virginia’s secretary of public safety and homeland security, told Politico, “We hope the supply chain will catch up when our peak is supposed to come.”

Democratic Maryland Rep. Jamie Raskin, a member of the House Oversight Committee, uses the word “chaos” to describe the battle that individual states are facing in their efforts to obtain life-saving equipment during the pandemic.

“It’s not clear to us who is making decisions,” Raskin told Politico. “It looks like continuing chaos at the highest levels. Every state is in charge of its own destiny.”