Gov. Cuomo moves to throw more people in jails even as COVID-19 fuels the horrors of incarceration 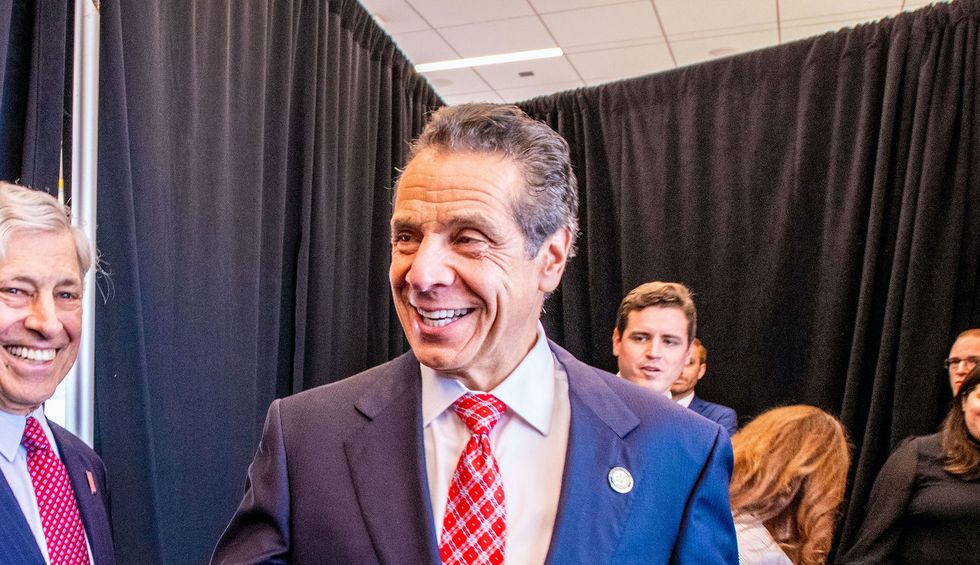 Because of the pandemic, criminal justice and public health officials around the US are calling for more people to be released from jails and fewer people to be put in them. Prison and jail populations are uniquely vulnerable to the coronavirus.

But at least one governor—one hailed in a recent CNN op-ed as a God-send—has nonetheless approved a way to incarcerate more people. New York Gov. On April 3, Andrew Cuomo (D) signed into law a state budget that reverses key recent reforms to the state’s cash bail system.

As a result, for dozens of additional crimes, more arrested people will now be held in jail before trial, simply because they can’t afford cash bail.

A quick look back: Effective January 1, 2020, the state of New York implemented significant reforms to its bail laws that would keep thousands of people out of jail. The reforms, passed in 2019, prevented judges from setting bail for most misdemeanor and nonviolent felonies, including all drug charges. Defendants could instead be released on their own recognizance and a promise they would appear for their court date. Judges could impose travel or weapons restrictions.

After the reforms took effect, criminal justice experts found they were working well in keeping people out of jail.

“People were going home to their families and their jobs and their kids, not spending time in a jail cell,” Scott Levy of the Bronx Defenders told Filter. “The sky was not falling. There was a ton of fear-mongering and sensational journalism against it, but the data we were seeing was conclusive that the reforms were working.”

Levy described a months-long, politically motivated backlash against the bail reforms from the beginning. Opponents targeted vulnerable Democratic State Senate seats in the Long Island and Hudson Valley regions, urging a rollback of the reforms in the interests of “public safety.”

The state budget, which all lawmakers have an incentive to pass one way or another, was the perfect opportunity for opponents of bail reform to attach their rollback and exert maximum pressure. And of course, the coronavirus crisis stifled normal legislative negotiations and processes. Most lawmakers weren’t even present in the state capitol, nor were staff allowed in, and the budget language was never made public before a vote.

After last-minute budget negotiations beyond the April 1 deadline, Gov. Cuomo and lawmakers amended the bill to make more than than a dozen misdemeanor and felony crimes eligible for judges to set cash bail. These include crimes related to death or manslaughter, sex offenses and child abuse, theft and burglary, and escape from custody, to name several.

Bail can now also be set in cases where someone is repeatedly arrested, or arrested for a felony while on probation or parole. As Levy described, the new law very vaguely states that bail will be set in cases where a person is re-arrested for charges that “involve harm to an identifiable person or property.” This could include anything from a physical assault to shoplifting.

So what are the likely effects of the rollback, which takes effect in 90 days?

“We expect that thousands more legally innocent people will be incarcerated in local jails pre-trial,” Zoë Adel of the Brooklyn Community Bail Fund told Filter. “But that’s a conservative estimate, based on the ambiguity of the law and what we know about prosecutors’ and judges’ penchant for incarceration. And let’s not forget this is all happening in the middle of a pandemic where the COVID-19 rate on Riker’s Island is over seven times the NYC rate and climbing.”

Although this development is a significant blow to criminal justice reform in New York state, activists aren’t slowing down. The fight is not over, Levy explained—it’s just getting started.

“We have to make decarceration the central goal of our work in New York,” he said. “That means in the legislature and at the local level, but also how we change the culture around criminal justice. We have to make it harder to incarcerate people and easier to release them.” That effort goes beyond law and policy, he said, and involves communities around the country creating structures and resources to help people get home and fight their cases.

“Communities need real investment in housing, fair wages, education and healthcare,” Adel added. “The current health crisis is revealing many of the holes that have existed long before the pandemic and will continue after the pandemic if we don’t take action—this includes the inhumanity of our entire criminal legal system and the lack of real investment that communities need for safety.”

The Sixth Amendment to the US Constitution states, “in all criminal prosecutions, the accused shall enjoy the right to a speedy and public trial, by an impartial jury of the State.” Yet according to a 2017 study, people in New York City were held in pre-trial detention an average of 13-17 days. On an average day, nearly 4,000 people, or 52 percent of those in detention, were held because they were unable to post bail. Experts therefore view New York’s bail laws as unconstitutional, and in violation of the principle of innocent-until-proven-guilty.