Gov. Cuomo hits back with condescending mockery after Trump's attack 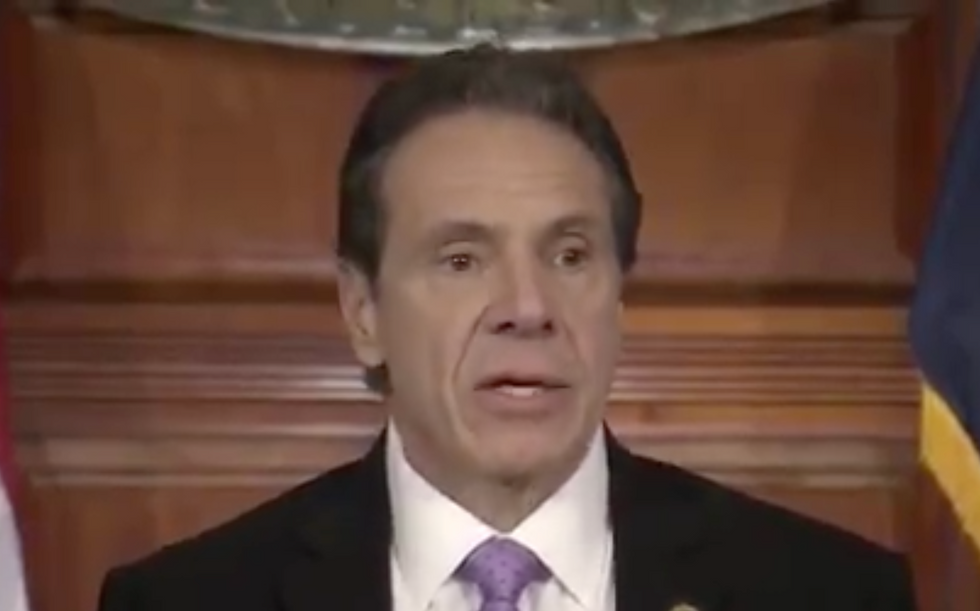 New York Gov. Andrew Cuomo has been enjoying a great deal of praise from Democrats — as well from some Never Trump conservatives — for the leadership he has shown during the coronavirus pandemic. On Friday, however, President Donald Trump accused Cuomo of being a complainer rather than a leader, and Cuomo responded with biting commentary of his own.

New York City has been hit especially hard by the pandemic in recent weeks. Researchers at John Hopkins University in Baltimore were reporting, on Friday afternoon, that more than 11,400 people had died from coronavirus in the region. And Cuomo has been stressing that NYC’s hospitals are absolutely overwhelmed.

Friday on Twitter, Trump posted, “Governor Cuomo should spend more time ‘doing’ and less time ‘complaining.’ Get out there and get the job done. Stop talking! We built you thousands of hospital beds that you didn’t need or use, gave large numbers of Ventilators that you should have had, and helped you with testing that you should be doing. We have given New York far more money, help and equipment than any other state, by far, & these great men & women who did the job never hear you say thanks. Your numbers are not good. Less talk and more action!”

Cuomo, in response, shot back at Trump with scathing sarcasm, mentioning the field hospital at Javits Center.

Cuomo continued, “And if you don’t agree with your projection, fire the head of the CDC (Centers for Disease Control and Prevention). Fire the White House coronavirus task force people because they did the projection.”

Cuomo’s own family has had first-hand experiences with coronavirus. His brother, CNN’s Chris Cuomo, has been sick with COVID-19 —and this week, the CNN host lamented that his wife, Cristina Greeven Cuomo, has been diagnosed with it.

@AnthonyMKreis @KevinMKruse Sweet sarcasm in the most professional way possible. But if you 'hear' between the line… https://t.co/oOVipb8kKz
— Black Kimchee (@Black Kimchee) 1587148488.0

@AnthonyMKreis Love it, the tone of a kindergarten teacher congratulating a student for learning which bathroom to use.
— One for the Road (@One for the Road) 1587148512.0