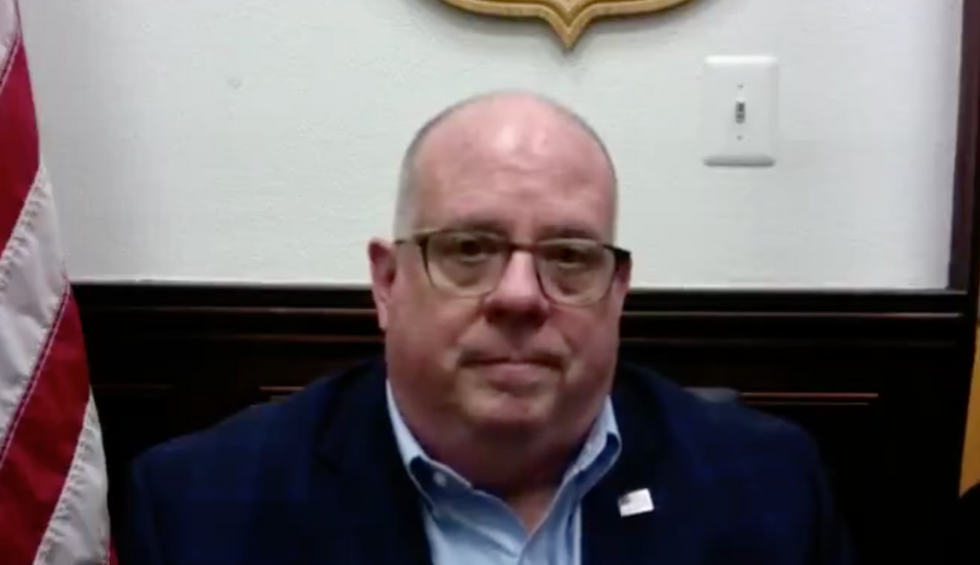 Maryland Gov. Larry Hogan is among the GOP governors who — unlike Florida Gov. Ron DeSantis — has aggressively promoted social distancing in his state and pushed for comprehensive COVID-19 testing. During an interview on Washington Post Live this week, Hogan described the lengths he has gone to in order to obtain coronavirus tests for Maryland — including use of the National Guard.

Hogan was asked about tests that were imported from South Korea to be used in Maryland — and if he was “concerned” that the federal government would “try to take those tests out of your hands.” Hogan responded that fighting to obtain the tests “was a very complicated process. We spent about 22 days and nights dealing with this whole transaction with Korea. We dealt with the Korean Embassy and folks at the State Department in Korea — eight different state agencies.”

“We landed it there with a large contingent of Maryland National Guard and Maryland State Police because this was an enormously valuable payload,” Hogan told Washington Post Live. “It was like Fort Knox to us because it was going to save the lives of thousands of our citizens…. We wanted to make sure that that plane took off from Korea safely, landed in America safely — and that we guarded that cargo from whoever might interfere with us getting that to our folks who needed it.”

@postlive @jleeannis @GovLarryHogan What the hell? In the UNITED STATES OF AMERICA - a Governor feels he must have… https://t.co/0dgzLeJUet
— Ed Shields (@Ed Shields) 1588265479.0

Hogan noted that according to Massachusetts Gov. Charlie Baker, a plane came in with a load of medical masks that were basically “confiscated by the federal government.” And he wanted to make sure that something similar didn’t happen with the tests he needed for Maryland.