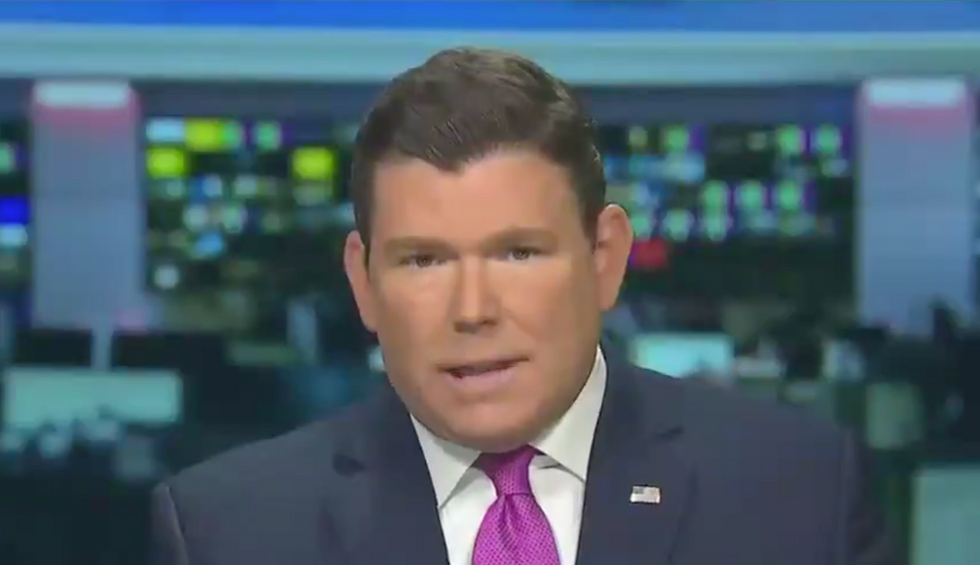 This week, President Donald Trump is being called out for asserting that his “authority” is “total” when it comes to deciding whether or not governors in individual states should lift restrictions they have ordered in response to the coronavirus pandemic.

Rep. Liz Cheney of Wyoming was seemingly thinking of Trump on Monday night when she quoted the U.S. Constitution and tweeted, “The federal government does not have absolute power.” But pointedly, she did not specifically mention Trump or his comments. Many other conservatives have been silent on the issue or similarly muted in their criticisms of Trump directly.

And on Fox News, anchor Bret Baier pointed out that Republicans would be furious if a Democratic president had said such a thing.

The federal government does not have absolute power. “The powers not delegated to the United States by the Consti… https://t.co/JvBYkxAHa6
— Liz Cheney (@Liz Cheney) 1586821340.0

Baier declared, “First of all, the Constitution is pretty clear. And constitutional scholars will say that this is not the president flicking on the switch; it’s the governors and the local authorities that have that going forward. I think that there’s a hypocrisy here in that if President Obama had said those words that you heard from President Trump — that the authority is total with the presidency — conservatives’ heads would have exploded across the board."

Media Matters’ Matt Gertz made a similar Trump/Obama analogy, writing, “If Obama had said something like that, they all would have lost their minds.” Gertz tweeted Baier’s comments but complained that others at Fox News “ignored” Trump’s comments:

Proving negatives is tricky but as far as I can tell, Tucker Carlson, Sean Hannity, and Laura Ingraham all complete… https://t.co/A82Lwx5ndh
— Matthew Gertz (@Matthew Gertz) 1586869080.0