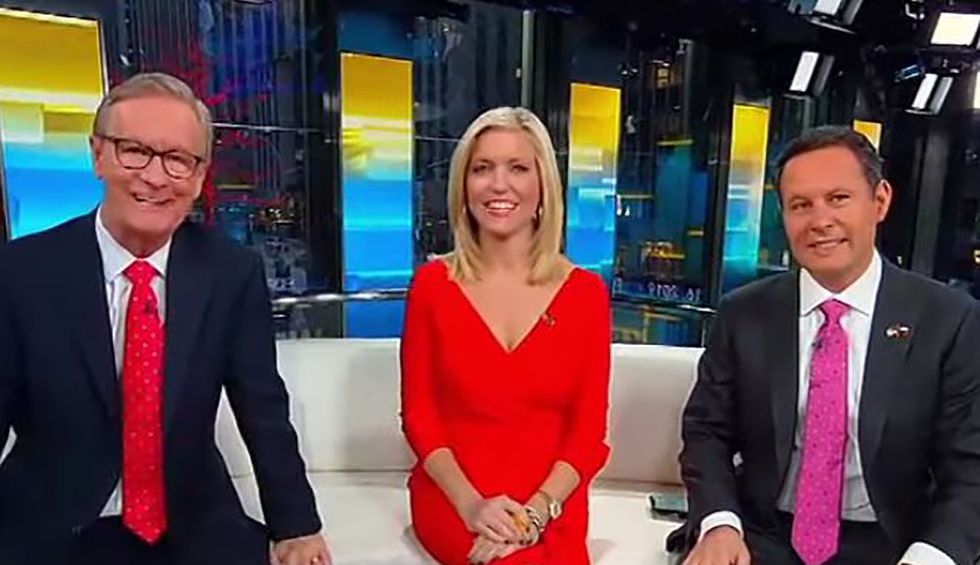 At issue for Kilmeade is anyone who dares to question President Donald Trump’s Attorney General, who one federal judge just last month “excoriated” for lying about Robert Mueller’s report while calling into question his “credibility.”

Barr is threatening states who are not immediately re-opening with possible legal action, falsely suggesting governors do not have the power to shut down their states and claiming stay-at-home guidelines are “disturbingly close to house arrest,” which is false.

But Kilmeade, who opposes stay-at-home orders and supports immediate opening of the states, isn’t having this, and insists on defending the Attorney General.

Rattling off a list of states who will also soon re-open, Kilmeade declares, “Georgia, you’re about to get some company.”

Georgia’s governor has told a large variety of businesses they should re-open on Friday, and more this coming Monday.

“It’s going to be intriguing,” Kilmeade said of what will happen when all these states re-open, and coronavirus cases spike as a result.

“Andrea Mitchell makes a comment: ‘Is the Attorney General a doctor?’ No,” Kilmeade says. “But neither is she.”

“Neither is Gov. Whitmer, who tells us not to buy seed or home improvement products,” Kilmeade says, of Michigan’s governor who is fighting for the health and safety of her state’s residents. Both Mitchell and Whitmer cite medical experts or prevailing medical guidance. Kilmeade does not.

“It’s the oppressive things they’re doing within the state that the Attorney General has the audacity to say, ‘I care about people, I want to make sure some people have somebody watching their back,’ because no one seems to be, they just keep on saying stay inside, don’t do anything, don’t play ball, you better only go shopping and if not we got a drone over your head to tell on you, or Mayor de Blasio is gonna say, ‘Pick up the phone and turn your neighbor in,'” Kilmeade ranted explosively.

Medical experts say until there is greater testing – between 500,000 and 3 million coronavirus tests per day, it will not be safe to go out.

“So the Attorney General, god forbid, says, ‘I will – I’m gonna watch your back, American people’ – Republicans and Democrats – and they’re offended by that. I’m offended they’re offended. Figure that out,” Kilmeade taunted.

Speaking about the media, Brian Kilmeade is "offended that they're offended" by AG Barr's threats to back lawsuits… https://t.co/sEd1reaPXC
— Bobby Lewis (@Bobby Lewis) 1587640881.0