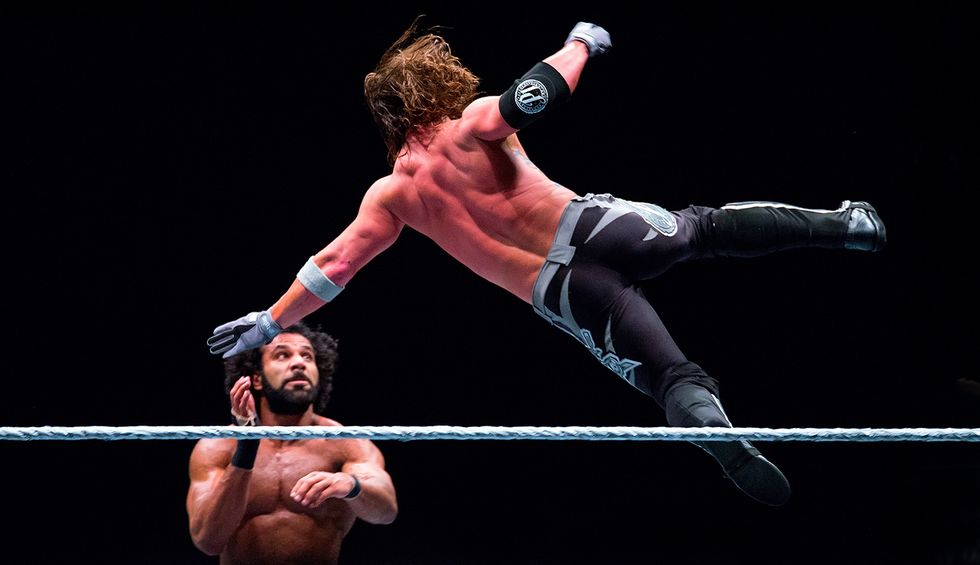 DeSantis, a close ally of President Donald Trump, came under criticism for weeks as he refused calls to issue "stay at home" restrictions in spite of a growing number of coronavirus cases in the Sunshine State. DeSantis ultimately caved and issued such an order on April 3, though he included an exemption for religious services.

World Wrestling Entertainment has been airing events from the empty WWE Performance Center near Orlando. Demings told reporters on Monday that the WWE was not labeled an "essential business" that can continue to operate when the order was first issued, but DeSantis intervened.

DeSantis' office issued a memo on Thursday adding to the list of "essential services" in the state, ESPN reported. The memo declares essential any "employees at a professional sports and media production with a national audience — including any athletes, entertainers, production team, executive team, media team and any others necessary to facilitate including services supporting such production — only if the location is closed to the general public."

A spokesperson for DeSantis told the outlet that the sports additions came, "because they are critical to Florida's economy."

The memo may also allow the Ultimate Fighting Championship to hold events in the state after California officials balked at the prospect of the UFC holding events on a Native American reservation amid the pandemic.

"The memo does not specify specific sports, as long as the event location is closed to the general public," the DeSantis spokesperson said.

South Dakota Gov. Kristi Noem, a Republican, argued that it was up to individuals — not the government — to decide whether "to exercise their right to work, to worship and to play. Or to even stay at home."

But the state has quickly become one of the fastest-growing coronavirus hot spots in the U.S. On Sunday, the state's Smithfield Foods plant, one of the largest pork processing facilities in the country, shut down after more than 300 workers became ill.

Noem rejected calls Monday to issue a "stay at home" order, instead announcing a clinical trial of the Trump-touted malaria drug hydroxychloroquine as a potential treatment for the virus despite a lack of scientific evidence.

"A shelter-in-place order is needed now. It is needed today," Sioux Falls Mayor Paul TenHaken said, according to The Washington Post. "We're responding the best we can at the local level but quite honestly with a limited toolset."

The South Dakota State Medical Association warned in a letter to Noem earlier this month that the state "may soon face the challenges and hardships currently being seen in New York and other large cities across the country if a shelter in place order is not issued immediately."

"I just don't understand why we aren't doing everything we can to save people's lives," Taylor told The Post.