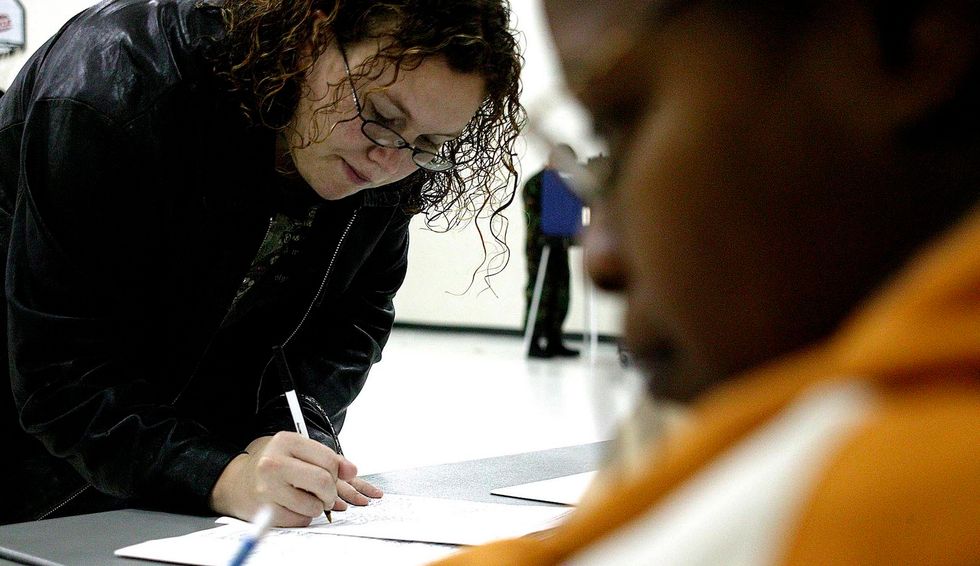 In a 1969 speech, President Richard Nixon famously described conservative voters as the United States’ “silent majority” — and that “silent majority” theme later resurfaced in President Ronald Reagan’s 1980 and 1984 campaigns. But in recent years, Republican voter suppression efforts indicate that the GOP fears that its base is shrinking and that a heavier turnout in elections is more likely to favor Democrats. Many modern-day Republicans, as a rule, won’t come right out and say that. But conservative journalist George Will, this week in his Washington Post column, cites the recent election in Wisconsin as proof that a heavier voter turnout works to the advantage of Democrats — not Republicans.

This week, Never Trump conservatives (including the Washington Post’s Jennifer Rubin, The Bulwark’s Charlie Sykes and MSNBC’s Joe Scarborough) have been pouring salt on the wounds of the Republican Party over the outcome in Wisconsin — where Daniel Kelly, a right-wing incumbent justice on the state’s supreme court, was defeated by liberal Jill Karofsky. Will, himself a Never Trumper who left the GOP over his disdain for Trumpism, doesn’t gloat in his column the way that Scarborough, Sykes and Rubin have been gloating. But he doesn't let his old party off the hook.

“Wisconsin Republicans are right about the party’s appeal,” the 78-year-old Will writes. “The larger the turnout, the less likely a Republican majority.”

In Wisconsin, Will notes, Democratic Gov. Tony Evers did not want to see the election take place on April 7 — and he pushed for more voting by mail (VBM) and postponing the election in response to the coronavirus pandemic. But Wisconsin Republicans were adamantly opposed. The election went ahead on April 7 as scheduled, with long lines of voters — many of them wearing masks — showing up despite the pandemic.

In his column, Will is critical of the way both Evers and Republicans handled themselves in Wisconsin during the recent election. And he doesn’t believe that judicial positions should be voted on, writing, “This bad behavior on both sides was related to a bad idea: judicial elections.” But Will takes issue with Republicans who see voter fraud lurking behind every corner.

President Donald Trump, Will points out, is opposed to voting by mail, claiming that it increases the chances of voter fraud. But Will stresses that there is no evidence to suggest a correlation between voting my mail and voter fraud.

“New Hampshire’s Republican Gov. Chris Sununu has endorsed VBM,” Will explains. “Elections in Oregon, Washington, Hawaii, Colorado and Utah are essentially entirely VBM, with ballots mailed to eligible voters. Twenty-eight other states, including California, Florida and Arizona, plus the District of Columbia, allow absentee voting without providing a reason. So, a majority of Americans have VBM, absent the convenience of automatically receiving ballots — although some states’ voters can put themselves on a list to receive ballots. This alarms those who fear the sort of substantial fraud that has not been verified after hundreds of millions of votes cast by mail.”

Republicans have been more diligent in warning about substantial election fraud than they have been successful in documenting it. Other than that ascribed to an indicted North Carolina Republican operative, which caused a congressional election to be re-run. And other than Trump’s revelation that in 2016 he lost New Hampshire because a slew of buses — surely conspicuous; evidently unnoticed — brought in “thousands and thousands” of illegal voters “coming in from locations unknown.”

Will concludes his column by stressing that Trump, by railing against voting by mail, is, in effect, arguing against heavier voter turnout.

“When Trump says VBM would mean ‘you’d never have a Republican elected in this country again,’” Will writes, “he concedes that VBM increases turnout.”