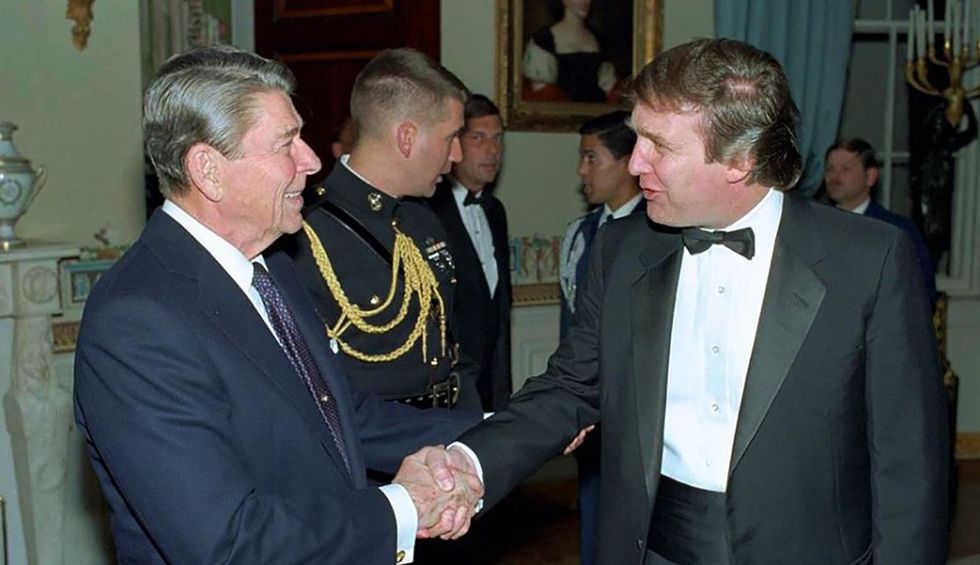 During the 1980s, Art Laffer was — along with fellow right-wing economist Milton Friedman — one of the top influences on Reaganomics. Laffer, now 79, has been speaking out about the coronavirus pandemic and making economic recommendations, some of which are right out of the 1980s Reagan playbook.

Laffer was part of President Ronald Reagan’s Economic Policy Advisory Board from 1981 (the year Reagan took office) through January 1989 (when Reagan left office and his vice president, George H.W. Bush, was sworn in as president). Laffer was a key architect of the Reagan tax cuts and had a major influence on trickle-down economics, and he became an economic adviser for President Donald Trump’s presidential campaign in 2016.

Laffer, Reuters reports, is recommending that nonprofits be taxed. Other Laffer recommendations, however, are typical Reaganomics. Discussing the $2.3 trillion stimulus program that Trump recently signed into law in response to the coronavirus pandemic, Laffer asserted, “If you tax people who work and you pay people who don’t work, you will get less people working. If you make it more unattractive to be unemployed, then there’s an incentive to go look for another job faster.”

That quote is exactly the type of thing Laffer was saying back in 1982 and 1983. True to form, Laffer still misunderstands New Deal/Great Society economics — which is about a hand up, not a handout. In contrast to Laffer, Sen. Bernie Sanders (who dropped out of the presidential race on Wednesday) has asserted that an aggressive return to the New Deal and the Great Society is the best way to address the economic impact of the coronavirus pandemic.

An economic task force has been proposed for the reopening of the U.S. economy, and Laffer’s name is being floated as someone to possibly head it.

Laffer has also asserted that taxpayer-funded workers whose jobs, presumably, are safe during the pandemic — for example, some professors at public universities and White House staffers — should receive a 15% pay cut.  However, Laffer also favors a payroll tax cut.