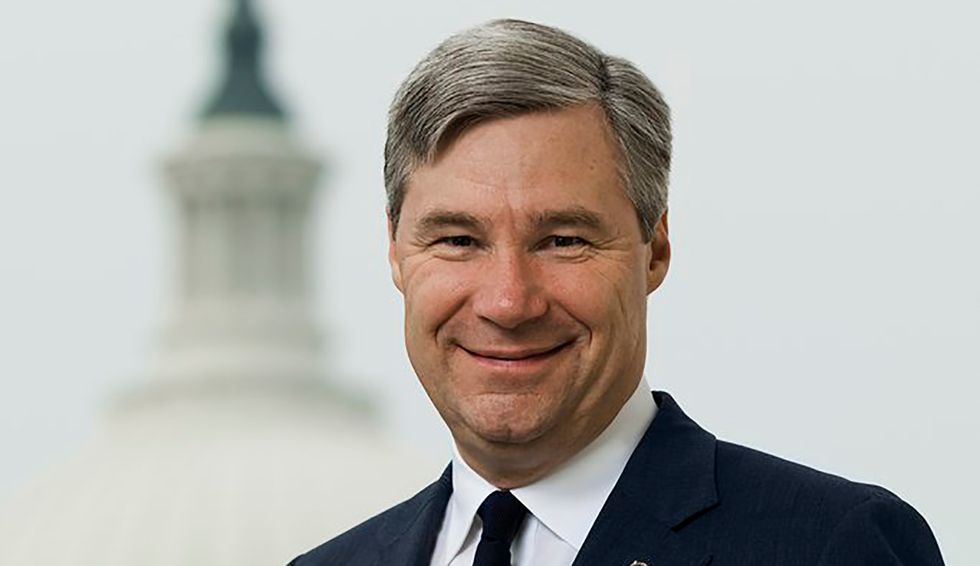 Democratic lawmakers and progressive critics expressed outrage Tuesday after a nonpartisan congressional body found that nearly 82% of benefits from a Republican tax provision in the most recent coronavirus relief package will go to the nation's millionaires and billionaires and cost taxpayers an estimated $90 billion this year alone.

"This analysis shows that while Democrats fought for unemployment insurance and small business relief, a top priority of President Trump and his allies in Congress was another massive tax cut for the wealthy," Whitehouse said in a statement. "Congress should repeal this rotten, un-American giveaway and use the revenue to help workers battling through this crisis."

Noting the current health and financial conditions created by the ongoing coronavirus pandemic, Whitehouse added that "it's a scandal for Republicans to loot American taxpayers in the midst of an economic and human tragedy."

The tax provision in question "temporarily suspends a limitation on how much owners of businesses formed as 'pass-through' entities can deduct against their nonbusiness income, such as capital gains, to reduce their tax liability," the Washington Post explained. "The limitation was created as part of the 2017 Republican tax law to offset other tax cuts to firms in that legislation."

Less than 3% of people set to benefit from the suspension earn under $100,000 per year, according to the JCT. The controversial provision is part of a set of tax changes in the coronavirus package that is expected to add about $170 billion to the national deficit over the next decade.

As the Post reported, the new JCT analysis also "included the impact of another tax change in the coronavirus relief legislation that allows firms to write off 100% rather than 80% of their losses, reversing another change in the 2017 tax law."

The JCT analysis (pdf) came after Whitehouse and Doggett sent a letter to Trump administration officials requesting information that could help explain the origins of the GOP provisions to the relief package. It also followed reporting that Trump, his son-in-law and senior adviser Jared Kushner, and real estate investors in the president's "inner circle" could benefit from the legislation's tax giveaways.

Never let a disaster go to waste when you can seize the moment to further enrich your buddies, those who need it th… https://t.co/IkvsJtdRU9
— Charles Idelson (@Charles Idelson) 1586883049.0

Doggett tried to put the impact of the tax changes into context Tuesday by pointing out that "for those earning $1 million annually, a tax break buried in the recent coronavirus relief legislation is so generous that its total cost is more than total new funding for all hospitals in America and more than the total provided to all state and local governments."

"Someone wrongly seized on this health emergency to reward ultrarich beneficiaries, likely including the Trump family, with a tax loophole not available to middle class families," the Texas congressman added. "This net operating loss loophole is a loser that should be repealed."

The analysis requested by Whitehouse and Doggett also riled other Democrats in Congress, including Sen. Ron Wyden (Ore.) and Rep. Barbara Lee (Calif.).

Not even a pandemic can stop Republicans from giving tax handouts to the wealthy https://t.co/EcedqYDC2z
— Ron Wyden (@Ron Wyden) 1586881884.0

Reporting on the analysis elicited sharp condemnation of congressional Republicans—including calls to #VoteThemAllOut in November—and arguments that wealthy Americans should be paying more, not less, in taxes to help get the country through this public health crisis:

This is why Trump and the GOP don’t want oversight on the stimulus (disaster relief for capital) package. It’s corr… https://t.co/8lnXPmAsuO
— Eric Klinenberg (@Eric Klinenberg) 1586887576.0

The JCT analysis was released as the fourth phase of coronavirus relief legislation remained stalled in Congress. Critics of the federal response to the pandemic—which includes "paltry" $1,200 checks to Americans that banks can reportedly seize to pay down outstanding loans and fees—have urged the public to learn from the crisis and push for a major shift in government going forward.

"After an era of right-wing ascendance, the pendulum is poised to swing toward justice and equity," Amy Hanauer of the Institute for Taxation and Economic Policy (ITEP) wrote Tuesday in an op-ed for Common Dreams. "What we need now is a more fundamental transformation that addresses fissures that were there before this virus hit and that are making this virus hit harder."