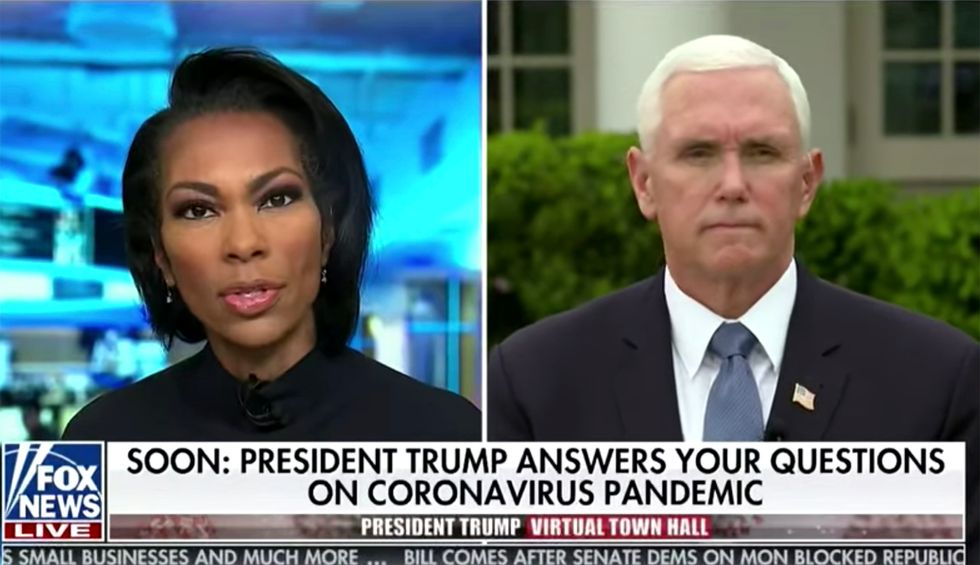 Vice President Mike Pence on Tuesday claimed that the federal government is in the process of distributing its stockpile of 20,000 ventilators but he would not say how many have been released.

During a Fox News virtual town hall, Pence was asked about a plea from New York Gov. Andrew Cuomo (D) to release the federal stockpile of ventilators as COVID-19 cases surge in the state.

“Those are needed when this thing kicks in,” Fox News host Harris Faulkner explained to Pence. “It attacks your lungs and it becomes pneumonic. It is powerful stuff and we need to gear up.”

“So, if the spike now is doubling the number of cases in New York every three days,” the Fox News host continued, “and we’re almost at what we thought would be an apex and we’re not there yet.”

Faulkner went on to note that the country was “woefully underprepared on the number of ventilators.”

“Why not just release that stockpile now?” she wondered.

“Well, what I can tell you and your viewers,” Pence replied, “is that we’re doing just that. We’re in the process of literally sending the entire national stockpile out.”

Pence declined to say how many ventilators had been sent to the state of New York.

“We are spinning up industry every single day,” Pence insisted. “And the president’s made it fully clear, he’s fully prepared to use the Defense Production Act.”

Update: Pence later said that 2,000 ventilators have been released to New York as of Tuesday afternoon. He indicated that an additional 2,000 would be released on Wednesday.