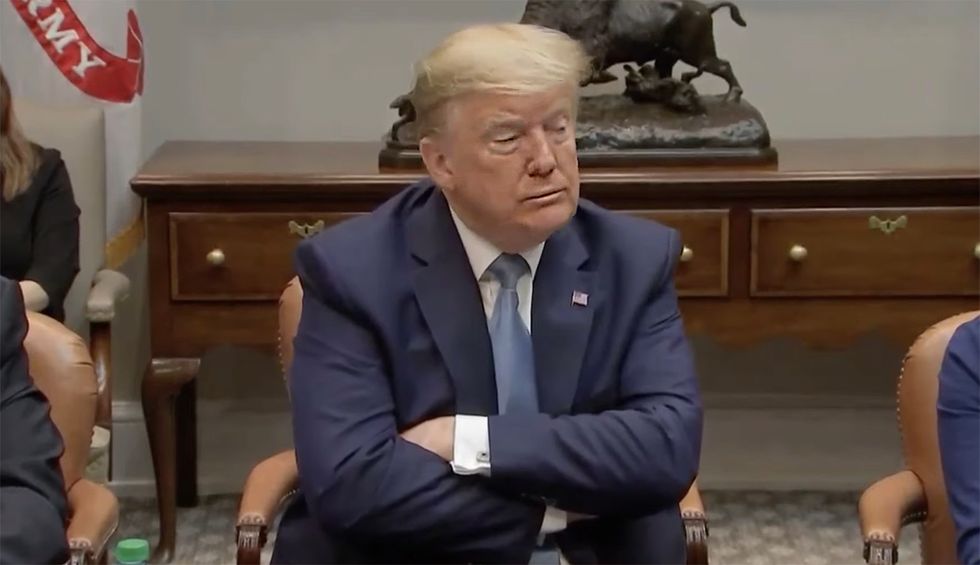 White House Press Secretary Stephanie Grisham on Tuesday raised her voice at reporters who were trying to ask questions of the President of the United States.

Reporters invited in to the president’s meeting with insurance company CEOs hoped to ask him about the COVID-19 outbreak. Instead, members of the press were treated to a photo-op.

“Let’s go!” Grisham repeatedly shouted as members of the press tried to ask questions of the president. “Press, let’s go!”

In the end, no reporters were able to get a reply from the president before being forced to leave the White House Cabinet Room.