'What planet do you live on?': Elizabeth Warren takes on the 'trap question' of sexism as she ends her campaign 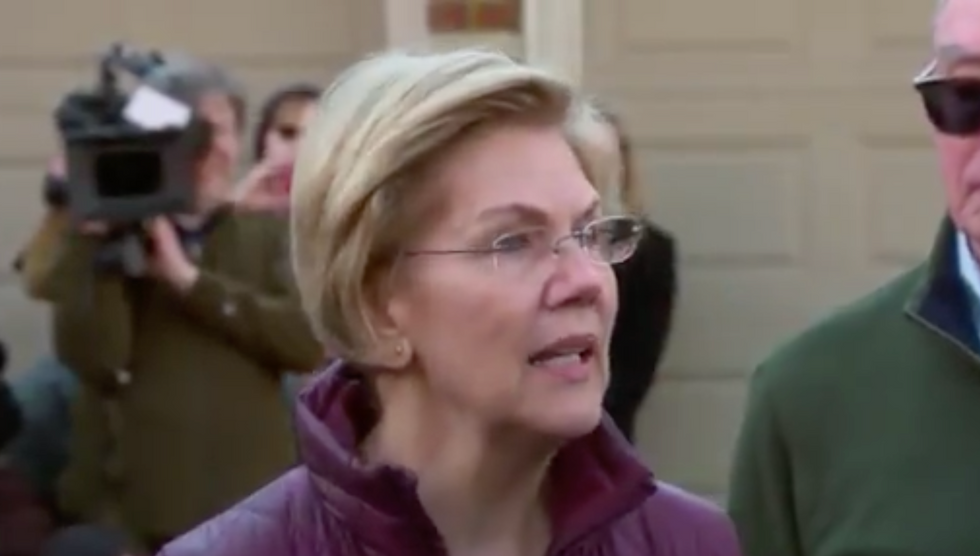 Massachusetts Sen. Elizabeth Warren took on the question of sexism in political campaigns on Thursday as she announced her withdrawal from the Democratic presidential primary.

She was asked to talk about the role that gender played in the campaign.

"Gender in this race?" she said to reporters. "You know, it's the trap question.”If you say, 'Yeah, there was sexism in this race,' everyone says, 'whiner!'"

She continued: "And if you say, 'No, there was no sexism,' about a bazillion women think, 'What planet do you live on?' I promise you this: I'll have a lot more to say on that subject later on."

In the address to the media, Warren also expressed her emotional reaction to the voting for herself on Super Tuesday.

"I stood in that voting booth, and I looked down, and I saw my name on the ballot. And I thought: 'Wow, kiddo. You’re not in Oklahoma anymore,'" she said. "It really was a moment of think about how my mother and dad, if they were still here, would feel about this. ... For that moment standing in the booth, I missed my mom and my dad."

She said that though she has announced the end of her campaign, she "will stay in the fight for the hard-working folks across this country."

"One of the hardest parts of this is all those pinky promises and all those little girls who are going to have to wait four more years. That's going to be hard," she added.