Watch: Trump lobs insult at reporter rather than answer question about the coronavirus crisis 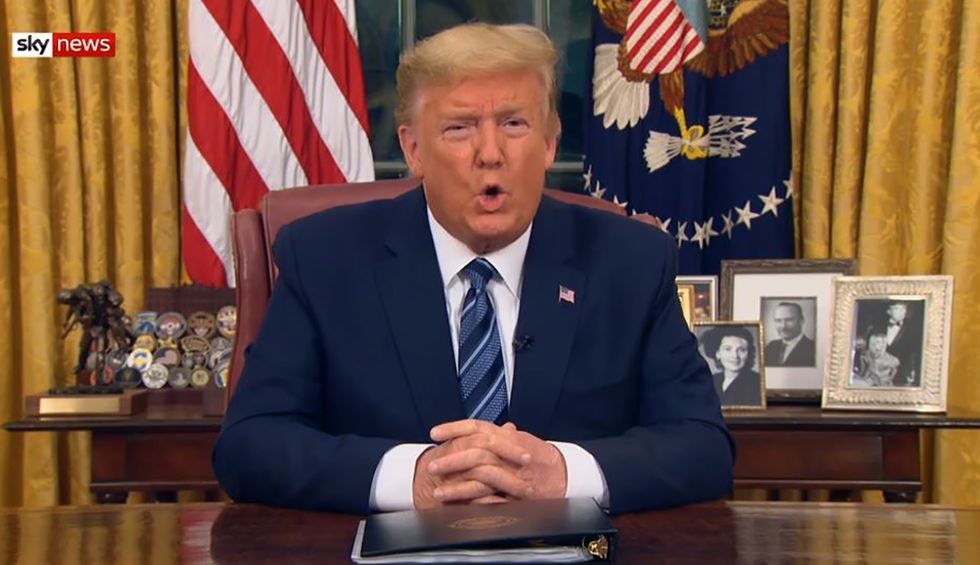 After a meeting with top bank and finance executives at the White House on Wednesday afternoon, Donald Trump seemingly had a disturbing question-and-answer exchange about coronavirus response with a reporter, and that exchange is quickly going viral on Twitter. Today, Trump announced he will give an address on the economy and coronavirus this evening. In a tweet, he specified that the primetime address will take place at 9 PM EST, which is certain to garner a lot of attention, but this exchange shouldn’t be skimmed over.

As seen in the video below, a reporter, seemingly CNN’s Jim Acosta, asked Trump what he would say “to Americans who are concerned that you're not taking this seriously enough? And that some of your statements don't match what your health experts are saying?" It’s a pretty diplomatic question, all things considered. Trump immediately replied, "That's CNN. Fake news.” Yikes.

Acosta sent this tweet, seemingly in connection with the exchange.

Tried to ask Trump to respond to Americans who are concerned he's not taking situation seriously enough and that hi… https://t.co/EUf5A4HIjd
— Jim Acosta (@Jim Acosta)1583957020.0

As Daily Kos has covered in the past, Trump’s attacks on the press are nothing new. CNN, in particular, is the target of a lot of his ire, and he has both snubbed and excluded the station in the past. Specifically, in regard to the coronavirus, Trump has insisted on Twitter that the media (as well as Democrats) are trying to ‘inflame’ the crisis. Meanwhile, the general public scrambles in the wake of limited, expensive tests and growing anxiety.