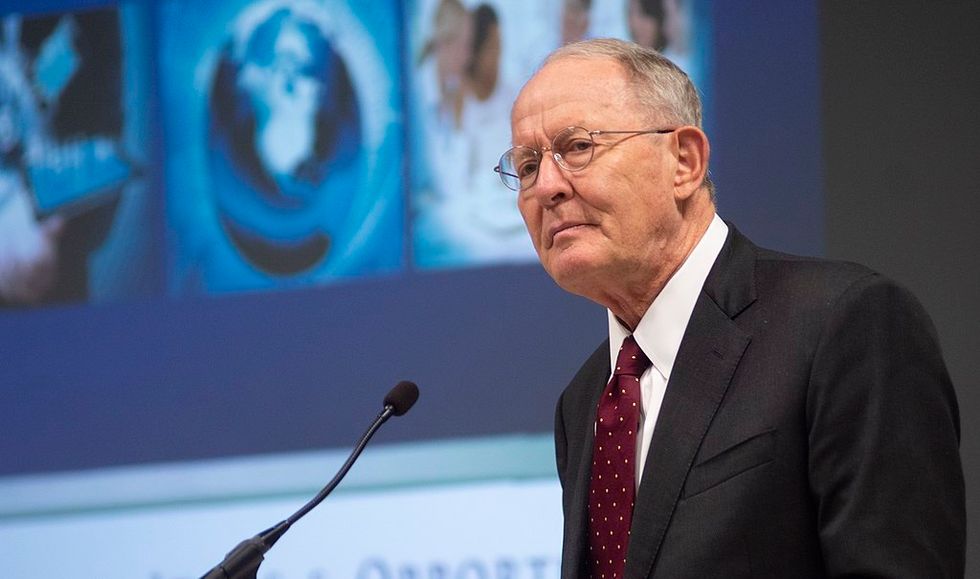 Sen. Patty Murray (D-Wash.) moved to speed the proposal through the legislative process so senators could quickly vote to guarantee all American workers 14 days of paid sick leave in the event of a public health emergency.

"For many of our workers―restaurant workers, truck drivers, service industry workers―they may not have an option to take a day off without losing their pay or losing their job," Murray said. "That's not a choice we should be asking anyone to make in the United States in the 21st century."

Claiming the bill would be an "expensive" and burdensome mandate for employers, Alexander, a Tennessee Republican, blocked the Senate from voting on the bill, saying it must be voted on first by the GOP-controlled Health Committee.

"This is unconscionable. Every last one of them should lose their jobs," said Alex Wall of CAP Action, of the Republican senators.

Murray, who sponsored the Senate bill, had argued that "may not have an option to take a day off without losing their pay or losing their job" if they become ill or if their children's schools close as a precautionary measure.

"That's not a choice we should be asking anyone to make in the United States in the 21st century," she said.

As Common Dreams reported Wednesday, public health experts are urging workplaces to adopt flexible sick leave policies in the midst of the coronavirus pandemic, which has infected more than 1,100 people in the U.S. so far. Allowing sick people to stay quarantined for at least 14 days could keep the American health system from becoming overloaded, they say.

The Democrats' plan fell far short of sick leave policies in many other industrialized nations. In the U.S., more than a quarter of workers aren't granted any paid sick leave from their employers.

"This is really bad, but also the ads write themselves, so perhaps not the end of the story," he tweeted.

Jacobin columnist Abi Wilkinson wrote on social media that senators, many of whom are old enough to be vulnerable to the coronavirus, are accustomed to being "cushioned from the impact of their decisions" and have likely not considered that they may interact with service industry workers who will be forced to work even when sick.

"A bunch of septuagenarians with cadillac health care plans just told the working class to keep toiling through a pandemic even if it kills them," writer Brian Merchant added.