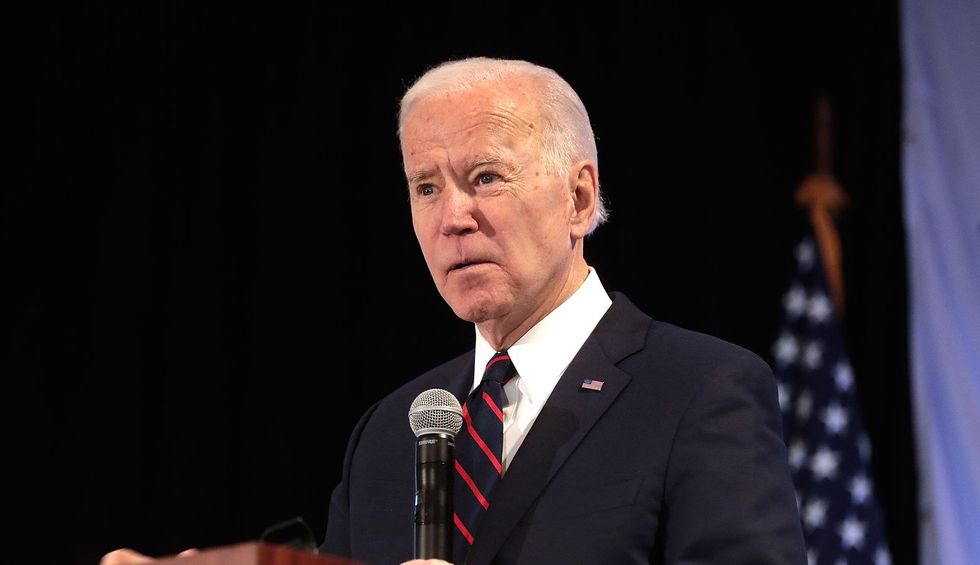 In the last few days, New York and Pennsylvania postponed voting in presidential primaries from April until June. A dozen other states have also rescheduled. Those wise decisions are in sharp contrast to a failure of leadership from Joe Biden and the Democratic National Committee.

Just two weeks ago, the party establishment was vehemently pushing back against efforts to delay several mid-March primaries in response to the coronavirus emergency. DNC Chair Tom Perez issued a statement that The Hill newspaper summed up with the headline “DNC Calls on States Not to Postpone Primaries.” Perez put out the statement on the day that three states were holding primary elections.

Ohio was also scheduled to have a presidential primary that day, but at the eleventh hour it was postponed thanks to the state’s Republican governor. Incredibly, Perez quickly criticized the prudent delay of Ohio’s election, saying it “only bred more chaos and confusion.”

Think about it: On Tuesday, the governor enables an Illinois election that draws about a million voters and thousands of election workers to voting sites that day. On Friday, the same governor orders everyone in the state to stay home.

Perez—who became DNC chair three years ago as the candidate of the party’s Clintonite so-called “moderate” (corporate) wing—is clearly aligned with Biden, as Perez’s appointments to key committees for the party’s 2020 national convention have underscored. Postponing primary races in states where Biden was way ahead in opinion polls, as in Illinois, would risk slowing his momentum against Bernie Sanders.

Biden’s interest in going ahead with the March 17 primaries—public health be damned—was expressed by his campaign’s spokeswoman Symone Sanders during a March 15 interview on CNN. “I encourage people to get out there and vote on Tuesday,” she said. The spin included upbeat, patriotism-tinged rationales like: “In times of war, in times of strife, our country has always upheld our need to uphold our democracy. We have voted in war time; votes were held many times in this country after times of strife.”

In their zeal to boost the number of Biden delegates as fast as possible, the Biden campaign and the DNC chair ignored or distorted the guidelines that were in effect at the time from the Centers for Disease Control and Prevention. “Deeply disappointed that the DNC is willfully choosing not to listen to scientists during one of the most critical moments in recent history,” biologist Dr. Lucky Tran tweeted on March 17, when voters in three states were casting Democratic primary ballots.

By then, as CBS News noted, even the White House had “issued new guidelines designed to slow the rapid spread of coronavirus, asking nearly every American to stay home from work or school for the next 15 days.”

Looking ahead, the postponements of primaries in some states may give enough time to implement widespread voting by mail. As Charles Chamberlain, the chair of Democracy for America, wrote over the weekend, “The public health risks from gathering in large numbers are real and volunteer poll workers, who are typically in the highest risk age group for getting the virus, should not be expected to spend hours on end helping neighbors vote. We must move immediately to establish automatic vote-by-mail procedures nationwide so elections can go forward safely with minimal risk to the general public.”

Trump bears the overwhelming responsibility for the deadly governmental negligence as the Covid-19 pandemic has spread in the United States. But that reality in no way made it okay for the Biden campaign and the DNC to forcefully advocate for retaining a primary schedule that was certain to expose people to the virus.

Even with the new heights of the coronavirus emergency in late March, mass emails from the Biden campaign and the DNC have been stale pitches for donations, often leaving the coronavirus unmentioned. At the same time, Biden’s TV interviews have ranged from uninspiringly passable to stumblingly embarrassing.

Meanwhile, along with raising millions of dollars for care-giving charities, the Sanders campaign has been energetic and creative online—with efforts such as championing health protection for Amazon workers, calling for comprehensive healthcare for everyone in the country during the pandemic, fighting huge corporate rip-offs of the public, and providing strong progressive populist messages during TV interviews.

The anemic response to the Covid-19 emergency from Biden and his allies is another ominous sign that he is ill-equipped to rid the country of the vile Trump presidency. Another straw in the wind is a new Washington Post / ABC News national poll that shows an enormous voter-motivation gap—with Trump supporters far more “enthusiastic” about their candidate than Biden supporters are.

The political strategy of reliance on emphasizing how bad Donald Trump is—without offering dynamic progressive leadership—was a catastrophic failure four years ago. Providing feeble alternatives, while reminiscing about real or imagined glory days of the Obama administration, is apt to prove woefully inadequate in 2020.