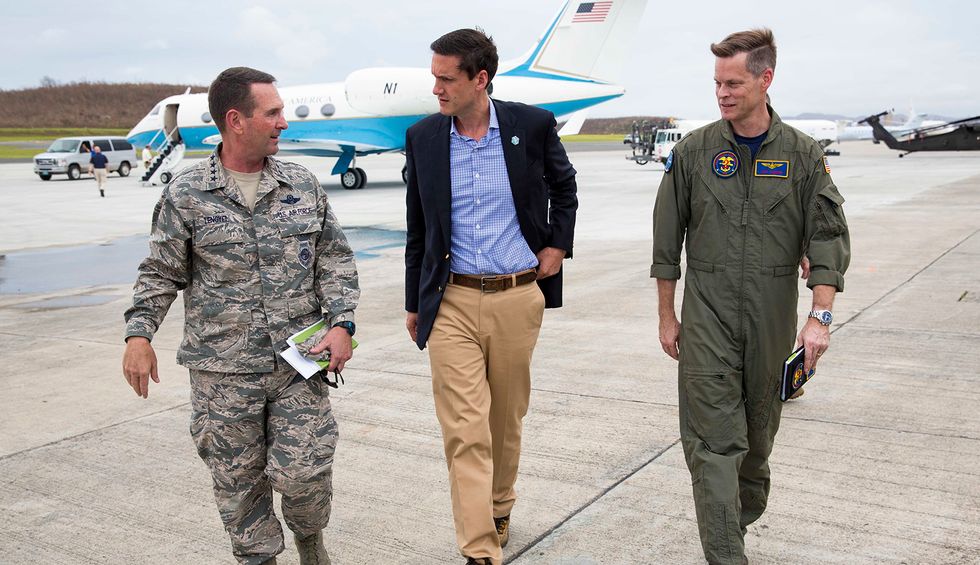 Tom Bossert, who served as a homeland security adviser to President Donald Trump during the first two years of his administration, slammed his former boss for banning travel to Europe at a time when coronavirus is already spreading like wildfire across the United States.

Bossert, who days earlier wrote an op-ed for the Washington Post warning Trump that he had very limited time to stop the virus from running out of control, wrote on Twitter Thursday morning that the president’s latest travel ban is all but useless with the number of coronavirus infections in the country increasing daily.

“There’s little value to European travel restrictions,” he wrote. “Poor use of time and energy. Earlier, yes. Now, travel restrictions/screening are less useful. We have nearly as much disease here in the US as the countries in Europe.”

He then told Trump that the focus needs to be on social distancing and other measures that have been shown to stop the virus from spreading.

“We MUST focus on layered community mitigation measures — Now!” he wrote.

Despite Bossert’s pleas, however, the president has so far spent his morning tweeting out political attacks against House Speaker Nancy Pelosi (D-CA) that he watched on “Fox & Friends.”