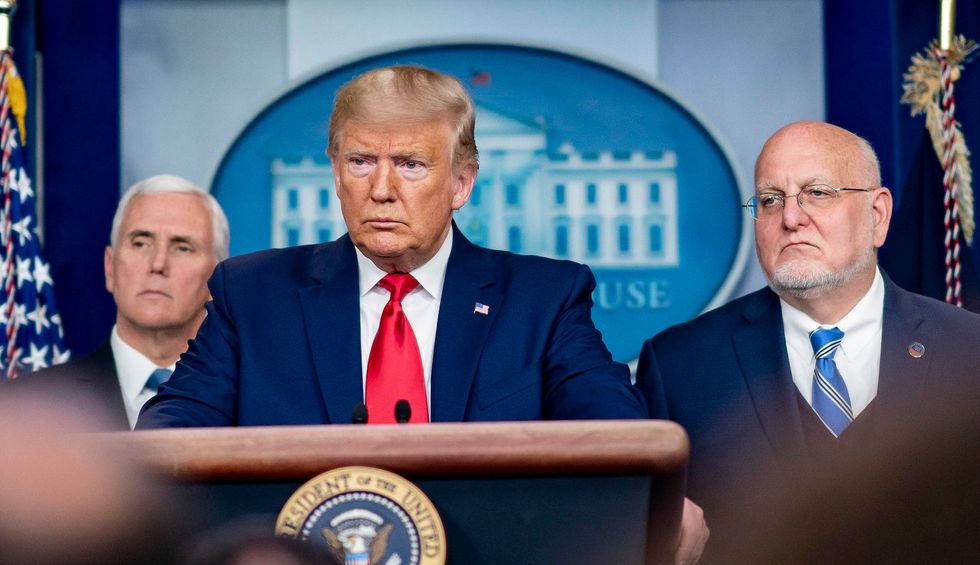 Donald Trump promised on Monday that on Tuesday his administration would roll out a plan to combat the economic effects of the coronavirus outbreak. That came as a surprise to the people who would have to come up with such a plan, CNBC reports.

Trump suggested in his Monday press conference that economic measures might include payroll tax cuts, support for hourly workers who are losing income, and help to industries affected by the outbreak, like cruise lines and airlines. He said more details would be coming in a Tuesday press conference. But “That was news to everyone on the inside,” an administration official told CNBC, and the details of a plan are “not there right now.”

Economic adviser Larry Kudlow and Treasury Secretary Steven Mnuchin will discuss options with Senate Majority Leader Mitch McConnell and other Republicans on Tuesday prior to the press conference, and the White House is reaching out to Wall Street executives for their thoughts. Because why would you include Democrats in the discussion, with their silly little ideas like paid sick leave?

Effectively fighting COVID-19 could be its own form of stimulus, The New York Times editorial board suggested, calling for “Huge spending on public health,” including “staffing health facilities, testing for the coronavirus and equipment to keep workers safe.” That wouldn’t just protect people from getting sick (thereby keeping the economy running more smoothly) or help treat those who are sick, the editorial board pointed out: “every dollar spent on public health provides just as much of an economic boost as would spending on anything else.”

There are so many things to do that make sense for public health, but instead Trump is out there dropping bombshells on his own staff and turning to the all-purpose Republican economic plan of more tax cuts.