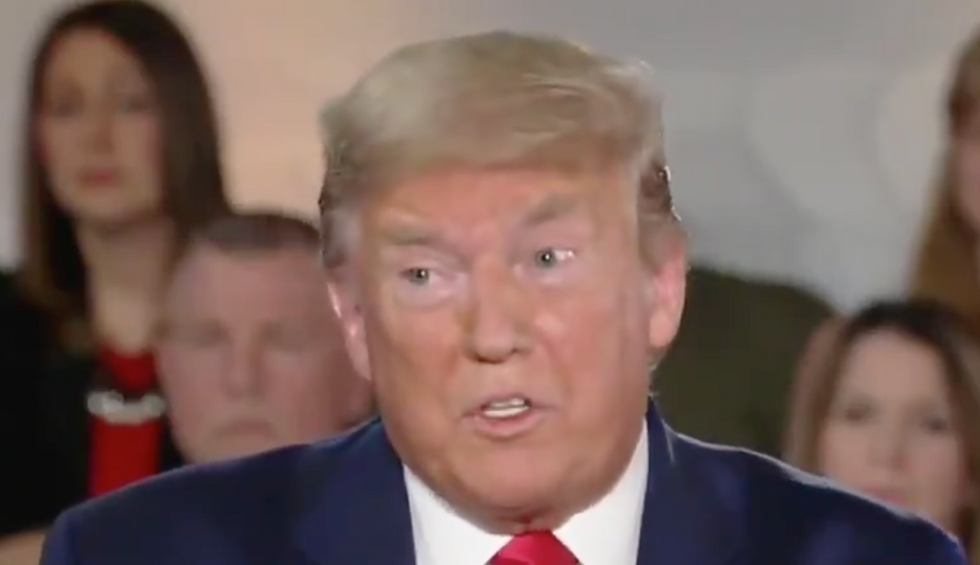 As the coronavirus continues to spread and take lives across the United States and the world, President Donald Trump on Thursday night hailed what he described as the positive economic impact of the outbreak in the U.S. as the market panic over the disease persists and the White House faces sustained backlash over its inadequate and politicized response.

"I have to say, people are now staying in the United States, spending their money in the U.S.—and I like that," Trump said during a Fox News town hall in Scranton, Pennsylvania. "You know, I've been after that for a long time. You know that. I've been saying, 'Let's stay in the U.S., spend your money here,' and they're doing that. They're sort of enforced doing that."

"It's going to all work out," the president added. "Everybody has to be calm. It's all going to work out."

Trump tries to find a silver lining to the coronavirus during Fox News town hall: "I have to say, people are now st… https://t.co/wXhqRfvSqa
— Aaron Rupar (@Aaron Rupar)1583451757.0

Trump's remarks were widely denounced as callous and indicative of the president's prioritization of the economy and the stock market over human life.

"What's notable about this: It's not some off-the-cuff response. It's the same tone-deaf answer he gave the other day," tweeted writer Alheli Picazo. "The human impact is an afterthought."

Rep. Don Beyer (D-Va.) urged the U.S. public to "never forget the moment when, amid growing fear and suffering across the nation and the deaths of Americans, President Donald J. Trump went on national television and praised the coronavirus."