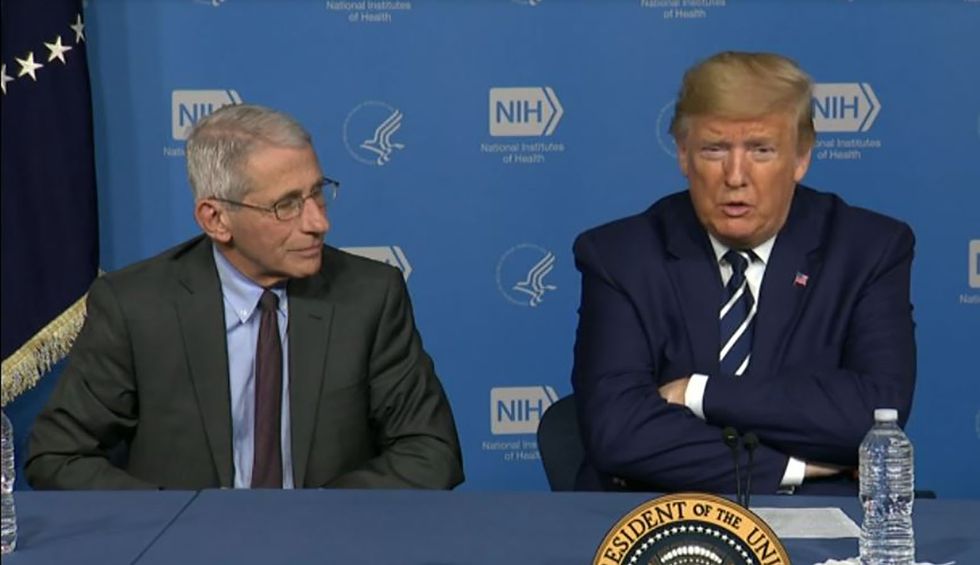 Sen. Lindsey Graham, one of President Donald Trump’s most devoted defenders in the U.S. Senate, seldom disagrees with the president. But there have been rare exceptions, including Graham criticizing Trump’s response to the murder of journalist Jamal Khashoggi in 2018 and the president’s decision to withdraw U.S. troops from Syria. And this week, Graham is siding with the World Health Organization (WHO) over Trump.

WHO has estimated the death rate from coronavirus to be 3.4%, but when Trump appeared on Sean Hannity’s show on Fox News earlier this week, he asserted, “I think that 3.4% is really a false number. This is just my hunch…. A lot of people will have this, and it’s very mild.”

Graham, in response, is agreeing with WHO.

“I listen to the scientists when it comes to the numbers, and I would encourage the president — if he’s going to report things — to make sure that the science is behind what he’s saying,” Graham told reporters.

Trump’s comments on Hannity’s program have been drawing plenty of criticism. For example, Steve Vladeck, a law professor at the University of Texas, “It’s not just that the President is willfully and irresponsibly providing such inaccurate information to the public; it’s that Fox is giving him an outlet to do so without any critical analysis/pushback — literally the opposite of how the media should handle a public health crisis. And CNN’s Jim Sciutto lambasted Trump for “deliberately spreading false information.”

It’s not just that the President is willfully and irresponsibly providing such inaccurate information to the public… https://t.co/rSn4ufUc4h
— Steve Vladeck (@Steve Vladeck)1583408620.0