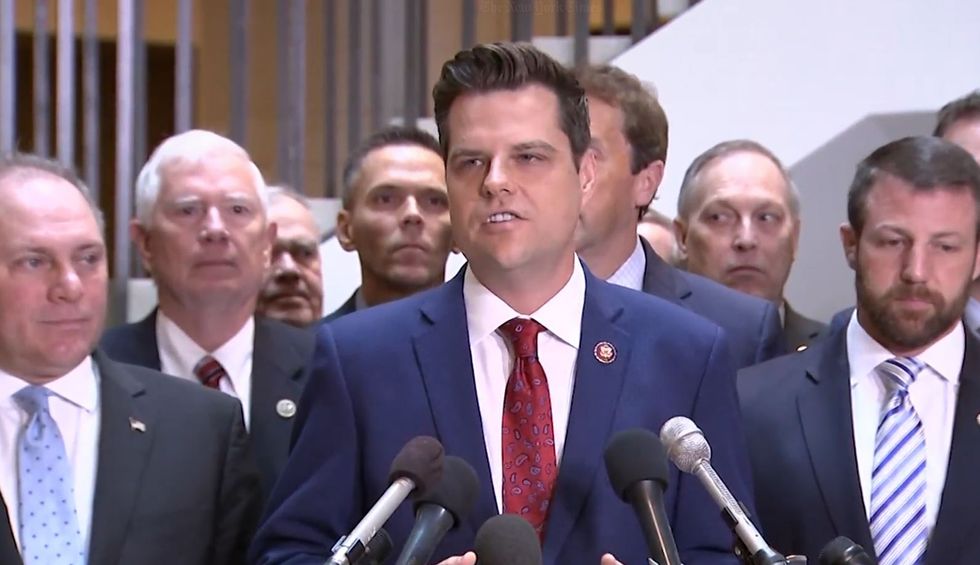 Despite a nationwide shortage of tests and despite having no symptoms and not being in any at-risk category two of President Donald Trump’s top allies in Congress were tested for coronavirus, and at least one if not both apparently went through the White House in order to receive the highly-coveted testing. Their requests were approved despite going against CDC guidelines.

U.S. Reps. Matt Gaetz (R-FL) and Mark Meadows (R-NC) both reportedly had been exposed to someone who tested positive for coronavirus. After self-quarantining, both released statements saying they had tested negative.

The Washington Post reports both Gaetz and Meadows “said they were exhibiting no symptoms of respiratory illness, raising questions of why they were tested at all.”

“Gaetz told the Pensacola News-Journal on Tuesday that he was awaiting the results of his test from the White House physician’s office,” the Post adds.

One GOP lawmaker from Washington state, where the U.S. outbreak was first discovered, blasted CDC chief Robert Redfield on Tuesday.

“I find it interesting that when my colleagues were in contact with someone who later tested positive (they) were able to get tested almost immediately and quickly receive their results while folks in my district and across Washington state are unable to get their testing results back,” Rep. Jaime Herrera Beutler (R-WA) told Redfield at a House Appropriations Committee hearing.

The CDC’s insistence it produce its own coronavirus tests, then bungling those tests put the U.S. response back at least weeks. The New York Times also reports CDC and FDA banned a Washington state clinical lab from doing its own testing early on, despite having identified coronavirus in its subjects samples early on.

On social media some are sharing stories of being refused testing despite meeting all CDC guidelines.