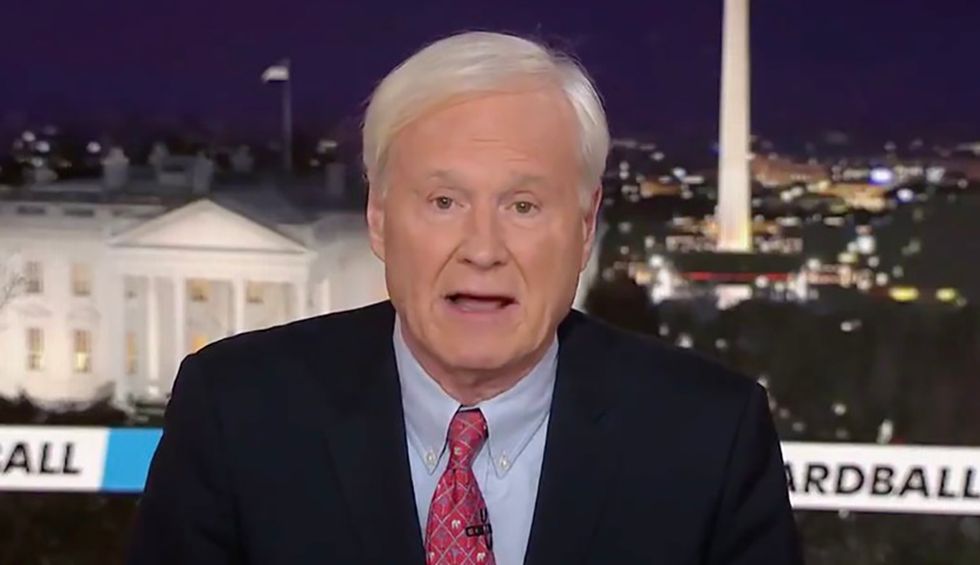 Longtime anchor Chris Matthews, an on-air fixture at MSNBC since 1997, abruptly resigned from the network amid criticism about remarks he made about Sen. Bernie Sanders and remarks he made to Sen. Elizabeth Warren. He also was highly criticized after journalist Laura Bassett revealed Matthews behaved in appropriately when she was a guest on “Hardball.”

As the AP reported, Bassett wrote at GQ:

“In 2016, right before I had to go on his show and talk about sexual-assault allegations against Donald Trump, Matthews looked over at me in the makeup chair next to him and said, ‘Why haven’t I fallen in love with you yet?’ When I laughed nervously and said nothing, he followed up to the makeup artist. ‘Keep putting makeup on her, I’ll fall in love with her,’” Bassett wrote. “Another time, he stood between me and the mirror and complimented the red dress I was wearing for the segment. ‘You going out tonight?’ he asked.”

No, I have more to say than that. Since calling out Chris Matthews, this week has been really rough. The harassment… https://t.co/Unhg4lWgsQ
— Laura Bassett (@Laura Bassett)1583194383.0

And Steve Kornacki was left to pick up the rest of the show:

The most awkward part of Chris Matthews quitting on live TV was when @hardball came back from break and… https://t.co/e6GfBCk3rD
— Matt Wilstein (@Matt Wilstein)1583194182.0

Some on social media decided it was “time to go” for Matthews, some offered good wishes:

My friend @HardballChris ended the incredible run of Hardball with grace. I am grateful for the warmth, and generos… https://t.co/2BYemagPTM
— Jonathan Allen (@Jonathan Allen)1583195121.0

.@hardballchris gave me my first big TV break. Then he became a mentor and a friend. I cannot and would never spe… https://t.co/0Bqd0QMDTS
— Heidi Przybyla (@Heidi Przybyla)1583195353.0

What's telling about Chris Matthews' farewell comments is how he characterized his long history of sexism as simply… https://t.co/dBUkRefunR
— Jessica Valenti (@Jessica Valenti)1583195813.0

Tons of exceptionally talented women of color who would be amazing to take over Chris Matthews' spot
— Meena Harris (@Meena Harris)1583194586.0