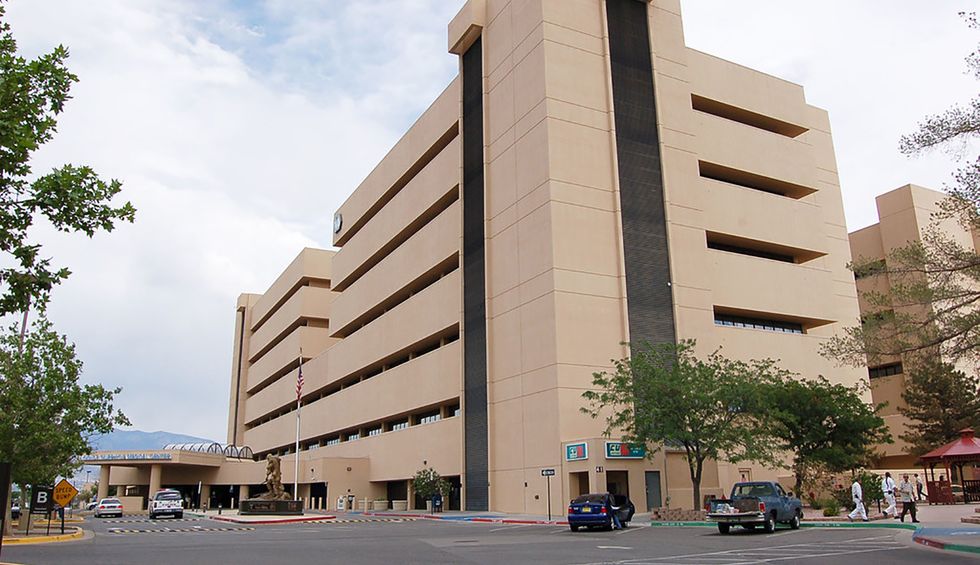 Hospital employees across the country have been blocked from wearing surgical masks in certain situations to protect against infection by the new coronavirus — including those they bring to work themselves.

Workers at the Raymond G. Murphy VA Medical Center in Albuquerque, New Mexico, have been told not to wear face masks unless they have lingering respiratory symptoms after an illness, are under surveillance following COVID-19 exposure or are treating patients showing signs of COVID-19.

The restriction on wearing masks comes amid widespread shortages of personal protective equipment for health workers and confusion over shifting guidelines from federal officials. Such restrictions are in place at other hospitals, but there’s no indication yet that the practice is widespread.

“There is little data that wearing surgical masks in general protect[s] the wearer from becoming infected with COVID-19, while giving the wearer a false sense of protection,” Andrew M. Welch, medical center director for the New Mexico VA Health Care System, noted in a Wednesday email obtained by New Mexico In Depth and ProPublica.

On Friday morning, Welch sent staff another email responding to workers’ concerns about the mask ban. He reiterated that wearing a mask can provide a false sense of security, but added that health care workers directly caring for patients may need to wear a surgical mask at work. Welch did not specify whether wearing masks was still prohibited in certain instances.

“It’s abysmal and not very well thought through,” said Karen Hilyard, who was part of a team at the University of Georgia that worked with the CDC on pandemic responses between 2006 and 2009. Her group studied communication and found that consistent messaging is critical in mitigating panic.

Many facilities are already rationing surgical masks and the more protective N95 masks, which filter out finer particles. Doctors and nurses have been forced to wear each mask for a day or more, instead of changing into new masks for each new patient as is typical. Other medical professionals have been forced to rely on masks sewn from ordinary cloth or even bandannas to protect themselves.

Welch’s criticism of the masks is “misleading,” said Saskia Popescu, a hospital infection prevention epidemiologist in Phoenix. While surgical masks are not as effective at warding off infections as sealed masks like N95s, they still offer rudimentary protection from droplets that form when people sneeze, she explained. Popescu also said the guidelines fail to account for other hospital staff, such as security guards and cleaning crews.

Popescu said many hospital workers are scared of getting sick. In New York City, a nurse died this week after contracting the virus-borne disease. So far, the U.S. has more than 97,000 confirmed cases, and more than 1,200 people have died.

“I think there’s a fine line, and we struggle in general with wanting staff to wear the masks appropriately and discouraging them from wearing them just out of fear — but also being cognizant of the situation they’re in,” Popescu said. “There is a lot of fear going around, and they just want to protect themselves.”

The CDC has modified its guidelines on protective equipment a number of times in the past month. On Feb. 21, the federal agency was recommending all health care personnel use respiratory protection that is “at least as protective” as a fit-tested N95 mask before entering a room or care area with patients experiencing COVID-19 symptoms.

On March 10, the CDC loosened its guidelines because of looming supply shortages, saying that surgical masks should be used when interacting with symptomatic patients who have not yet tested positive. A week later, the CDC amended its recommendations again, asserting that health care workers could use homemade masks such as a bandanna or scarf as a last resort.

Following the CDC’s lead, many hospitals have changed policies around protective gear. Some hospital administrators are telling workers that preserving supplies now will protect them later as the virus continues to spread.

But the series of changes have left many health care workers worried and confused, according to interviews with 10 doctors and nurses across the country over the past week.

“There is no clear information,” said a New York City-based doctor who wished to remain anonymous because his hospital has asked him not to speak out. “It’s also led to a lot of fear and panic. We’re the ones being exposed — but there are no clear-cut guidelines.”

At a New Jersey-area hospital seeing a swell in COVID-19 patients, staff were told not to wear surgical masks in hallways, according to a health care worker. “The person under my white coat is scared they are going to be exposed and die,” the worker said. “It’s very hard.”

In Tarrant County, Texas, the health system there sent staff an email Thursday saying they would be given one mask per week to wear at all times while at work. The mask comes with a paper bag for storage along with instructions for reuse.

“Team members who do not wear a mask and use it properly will face discipline up to and including end of employment,” the email reads. “We take the protection of our team members very seriously.”

In Albuquerque, the mask restrictions are an unwelcome surprise for VA workers, who fear spreading the disease to patients, colleagues or loved ones.

Some VA employees had purchased their own face masks to reduce their risk of infection, according to a worker who asked not to be identified. But Welch’s email Wednesday said they will not be permitted to wear homemade or store-bought masks.

“Employees are outraged and feel like this is a violation of our personal rights,” the worker said.

“I’d be interested to see if they are going to enforce that policy with the doctors who are walking around with face masks all the time,” a second Albuquerque VA worker said Thursday of the new restrictions. “I mean, these guys went to medical school and they appear to believe the masks are helpful.”

Correction, March 27, 2020: This story originally cited a CDC recommendation as contradicting a memo issued by Andrew M. Welch, medical center director for the New Mexico VA Health Care System. That particular recommendation did not contradict Welch’s memo and has been removed from the story.