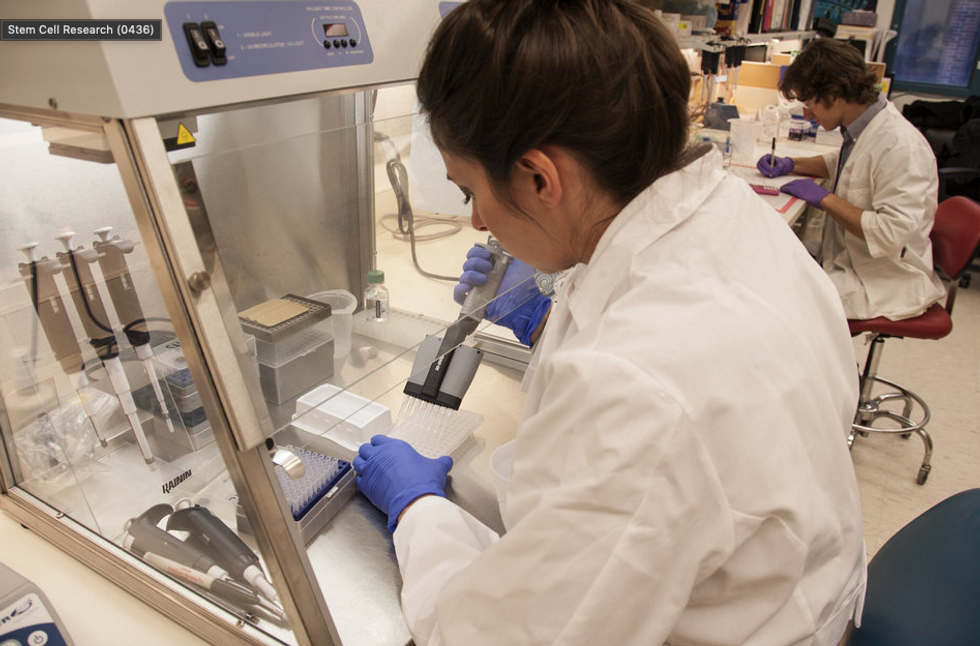 As healthcare providers across the U.S. desperately attempt to treat a rapidly growing number of patients with the coronavirus, a pharmaceutical company with ties to the Trump administration has been granted exclusive status for a drug it is developing to treat the illness—a potential windfall for the company that could put the medication out of reach for many Americans.

As The Intercept reported Monday, the Food and Drug Administration granted Gilead Sciences "orphan" drug status for remdesivir, one of several drugs being tested as potential treatments for the coronavirus, officially known as COVID-19. The designation is generally reserved for drugs that treat rare illnesses affecting fewer than 200,000 Americans—but companies can be eligible if the designation, as in this case of a rapidly spreading virus, is made before a disease spreads beyond that limit.

"It is insane and unacceptable that the Trump administration has given the Gilead pharmaceutical corporation a seven-year monopoly on a potential coronavirus treatment. We will not tolerate profiteering. Any treatment or vaccine must be made free for all."

Having secured orphan drug status, Gilead Sciences can now profit exclusively off the drug for seven years and could block manufacturers from developing generic versions of the drug which might be more accessible to many patients. The company can set price controls on the drug as well as benefiting from grants and tax credits.

As The Intercept reported, the designation was given to a company where Joe Grogan, a member of President Donald Trump's "coronavirus task force," worked as a lobbyist from 2011 to 2017, often working on issues regarding drug pricing.

"This is a massive scandal," tweeted Ryan Grim, Washington, D.C. bureau chief for The Intercept.

This is a massive scandal Trump's FDA just granted a drug that is being used to treat coronavirus patients, develo… https://t.co/3j4hSclMOs
— Ryan Grim (@Ryan Grim) 1585059783.0

Sen. Bernie Sanders (I-Vt.) called the reports of profiteering by Gilead Sciences, with the support of the Trump administration, "insane and unacceptable" and demanded that treatment for the coronavirus be made free for all Americans.

It is insane and unacceptable that the Trump Administration has given the Gilead pharmaceutical corporation a seven… https://t.co/yvLo7S5AdC
— Bernie Sanders (@Bernie Sanders) 1585064229.0

The Orphan Drug Act of 1983 was passed to ensure medications for rare diseases can be developed, and was meant to benefit companies which may not recoup their research costs after their drugs are put on the market.

But as Sharon Lerner and Lee Fang reported at The Intercept, the "orphan" status is expected to create a massive windfall for Gilead.

"The special orphan designation," they wrote, "was given to remdesivir despite hefty support by the government for the development of the drug. Gilead Sciences' remdesivir was developed with at least $79 million in U.S. government funding."

"The Trump Administration just gave the Gilead pharma corporation a seven-year monopoly, so they can charge patients outrageous prices for the medication we've already paid for," Social Security Works tweeted.

Gilead's rush to profit off a potentially life-saving drug in the midst of a public health and economic crisis could prove "deeply harmful" to the American people, many more of whom are expected to contract the coronavirus, said government watchdog Public Citizen.

"Remdesivir is one of relatively few medicines that may prove effective in treating COVID-19 this year," said Peter Maybarduk, director of the group's Access to Medicines program. "The government should be urgently concerned with its affordability for citizens. Instead, the FDA has handed Gilead, one of the most profitable pharmaceutical corporations on earth, a long and entirely undeserved seven-year monopoly and, with it, the ability to charge outrageous prices to consumers."

"Gilead has gamed the system by rushing through its 'rare disease' orphan drug application," Maybarduk added. "Its action is disingenuous and outrageous."

The grassroots group ACT UP, which has fought for decades for equitable access to HIV-AIDS drugs and to healthcare, also expressed outrage on social media.

"This is how pharma greed kills," the group said.