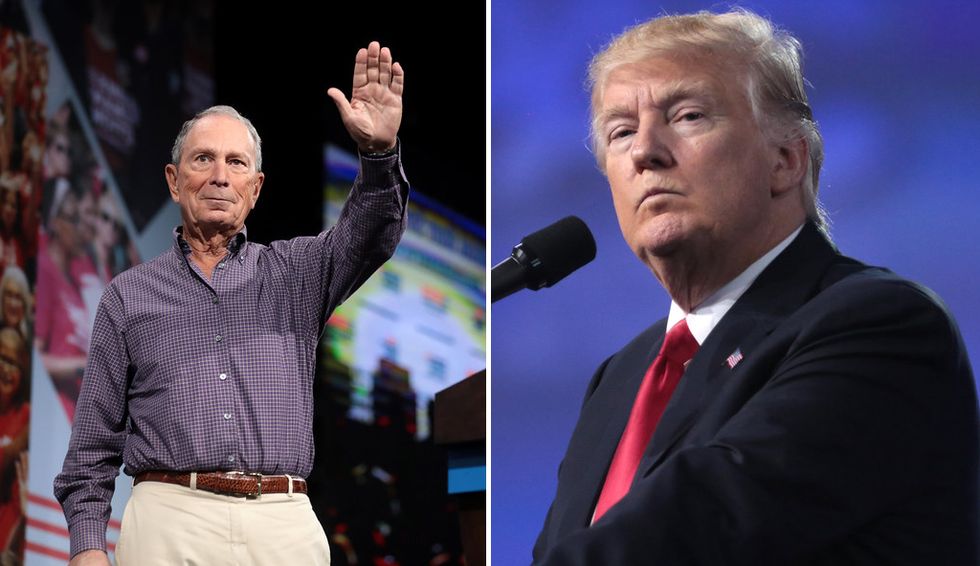 Only days after firmly establishing himself as the clear Democratic nominee frontrunner with a decisive victory in the Nevada caucus last week, Bernie Sanders found himself mired in a fresh controversy. In a widely watched and shared primetime interview he appeared to partially support recently deceased former Cuban leader Fidel Castro, condemning his authoritarianism while praising his mass literacy campaign and health program. Whatever the historical veracity of these arguments, it raised fears again of Sanders supposed "communist" sympathies as a self-described "democratic socialist."

The onslaught by Republicans and establishment Democrats was as swift as it was predictable. Florida Democrats were particularly strong in their criticisms. Rep. Debbie Mucarsel-Powel (D-Fla.) tweeted "as the first South American immigrant member of Congress who proudly represents thousands of Cuban Americans, I find Senator Bernie Sanders' comments on Castro’s Cuba absolutely unacceptable."

The larger worry is that this will be a preview of the general election if Sanders is the nominee. According to conventional thinking, the chance to stop Trump will be halted in its tracks by a Republican-led "red scare." However, it also offers Sanders an opportunity to fundamentally change the debate to show that the biggest threat to freedom is capitalist oligarchy and militarism not progressives or socialism.

The obvious and understandable first instinct of the Sanders campaign is to go into damage control mode. In a town hall following the interview, Sanders reiterated once again his rejection of authoritarianism of all types while still highlighting the benefits of mass literacy campaigns—proclaiming "truth is truth." This commitment to freedom is backed up by his 100% legislative score from the ACLU and the fact that he is the only candidate to completely reject the Patriot Act.

Further, Sanders has sought to shift the discussion into a larger one about the dangers of right-wing authoritarianism, often backed by U.S. imperialism past and present. At the last debate before the South Caroline primary, he declared: "Occasionally it might be good idea to be honest about American foreign policy, and that includes the fact that America has overthrown governments all over the world in Chile and Guatemala in Iran." While the effects of this tactic remains ambiguous, it represents a substantive and strategically important attempt to put into question the actual cause of authoritarianism both at home and abroad.

It is almost gospel in mainstream U.S. political discourse that socialism and Communism are the greatest threats to liberty. Yet the actual historical record suggests otherwise. While recognizing the death and misery caused by past totalitarian Communist regimes, too often ignored is the role of the free market for spreading oligarchy, dictatorship, and illiberalism across the world. If Sanders wants to win the nomination and generation election, he must go beyond damage control and show progressive values and his brand of democratic socialism is the best defense against such tyranny.

The Global Threat of Authoritarian Capitalism

A huge problem, in this respect, is the narrowness of traditional U.S. popular understandings of authoritarianism and fascism—and the distinctions between such terms as socialism, democratic socialism, and communism. Mounting fears of a Trump dictatorship, for instance, have brought renewed historical attention to the rise of Hitler and the Nazis. Tellingly, the emphasis has been on the increase in mass intolerance (especially anti-Semitism) and even the "authoritarian personality" both of which are thought to have resonances with the present day situation. While all these factors had a role to play, conveniently forgotten is how economic and social elites supported Nazism to protect their own wealth and status.

This holds strong lessons for our own times. The encroachment of fascism is being enabled through the funding and at times direct political support of the 1% defending their privileges by seemingly any means necessary. The are willing to do whatever they can to protect the upward redistribution of wealth to the rich following decades of neoliberalism. Indeed, we are now confronted with the troubling prospect of a U.S. election between two billionaires—one who has mused that it might be nice to be "President for Life" and another whose campaign merchandise trumpets the need to "bring in the boss."

Fundamentally, it points to the wider danger corporations and the very wealthy pose to the very survival of democracy and civil liberties. Internally, they have eroded democratic institutions such as union based collective bargaining and idolised the top down dictator like leadership of the “CEO politician”. The scourge of private prisons, moreover, reveals the desire by these conglomerates to profit off the lessening of our freedom and human rights. Internationally, the U.S. continues to undermine democracies that do not serve its corporate interests ranging from Honduras to the Ukraine to Haiti.

This speaks to the broader rise of the 21st century authoritarian capitalism. It reveals the willingness and enhanced ability for governments and corporations to work together to defend the "free market" against social unrest and demands for greater equality and justice.

The Real Danger to Freedom

Again and again Sanders is being attacked as a socialist and by association a friend of totalitarianism. The question instead should be how corporate-funded Democrats and Republicans will be able to stave off the threat of "authoritarian capitalism" despite being primarily funded by the very autocrats who most benefit from and promote it. Indeed, how can they answer for their support for a market system that seems to incetivize and without serious socialist safeguards leads naturally too increased economic repression, political oppression, and military intervention?

To his credit, Sanders has in the past laid out his own foreign policy division that explicitly stresses the global danger of oligarchy to democracy. In a 2017 speech he proclaimed:

Inequality, corruption, oligarchy and authoritarianism are inseparable. They must be understood as part of the same system, and fought in the same way. Around the world we have witnessed the rise of demagogues who once in power use their positions to loot the state of its resources. These kleptocrats, like Putin in Russia, use divisiveness and abuse as a tool for enriching themselves and those loyal to them.

This is the precise argument he must continue to make not just for his own political survival but democracy and freedom worldwide. The real danger to freedom in the 21st century is authoritarian capitalism not democratic socialism and this election is a choice once more for a new generation between "socialism and barbarianism."