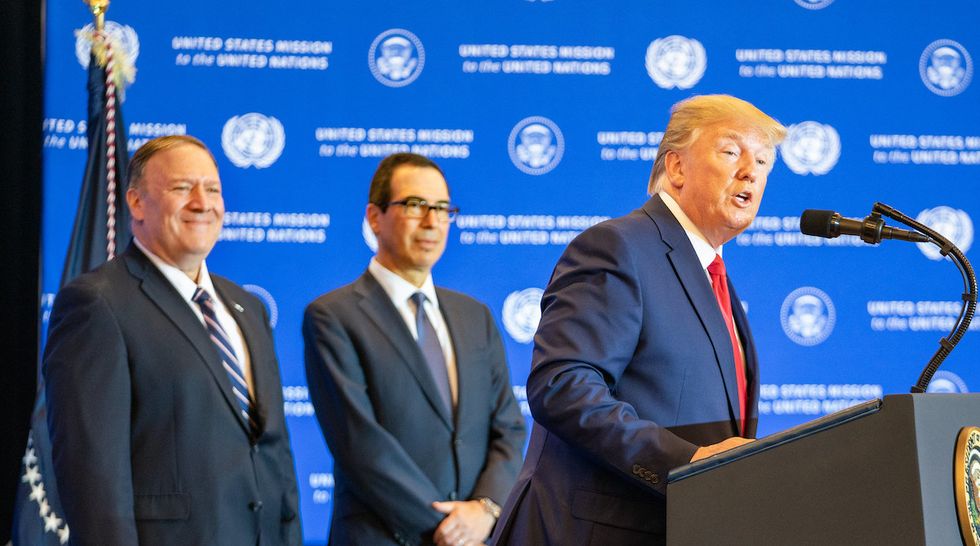 Economists and progressive advocacy groups are warning that President Donald Trump's proposal to cut or temporarily suspend the payroll tax in an effort to mitigate the economic impact of the coronavirus is "a Trojan Horse attack on our Social Security system" that will do little to help most U.S. households.

Slashing the payroll tax, the primary funding mechanism for Social Security, "is the wrong way to go," said Dean Baker, senior economist at the Center for Economic and Policy Research (CEPR).

"They may well use a temporary tax cut as an opportunity to weaken the program's finances so that they can then push for cuts or privatization."

"Trump and the Republicans in Congress cannot be trusted to protect the Social Security trust fund," Baker said. "They have frequently proposed cuts to the program, and under President Bush, sought to privatize it. They may well use a temporary tax cut as an opportunity to weaken the program's finances so that they can then push for cuts or privatization."

Trump met with Senate Republicans on Tuesday to discuss possible economic stimulus measures, including a payroll tax cut, amid fears of a recession sparked by the coronavirus outbreak. The meeting ended without any "consensus over how to proceed," according to the Washington Post.

"At the meeting, Trump proposed having a temporary payroll tax cut that could last a period of months," the Post reported. "The cut could amount to $40 billion per month, people briefed on the discussions said, which would make it quite substantial."

"Other proposals to stimulate the economy, such as restoring the Making Work Pay Tax Credit or expanding the existing Earned Income Tax Credit, are more targeted and provide more fiscal stimulus," Altman said in a statement Tuesday. "They are fairer in their distribution and place no administrative burdens on employers."

"The only reason to support the Trump proposal above those others is to undermine Social Security," Altman added.

Social Security Works on Tuesday circulated a petition urging Congress to reject Trump's payroll tax cut proposal and push hard for policies that would actually "put money into the pockets of those most impacted by the coronavirus," such as paid sick leave for all workers.

"The so-called 'payroll tax cut' is both a stealth attack on Social Security, and ineffective economic stimulus. We need our representatives in Congress to know that," the group said. "There's no economic justification for this cut―which means this proposal is just another part of Trump's attack on our earned benefits."