Skepticism soars after Trump's coronavirus results announced — but does one test matter? 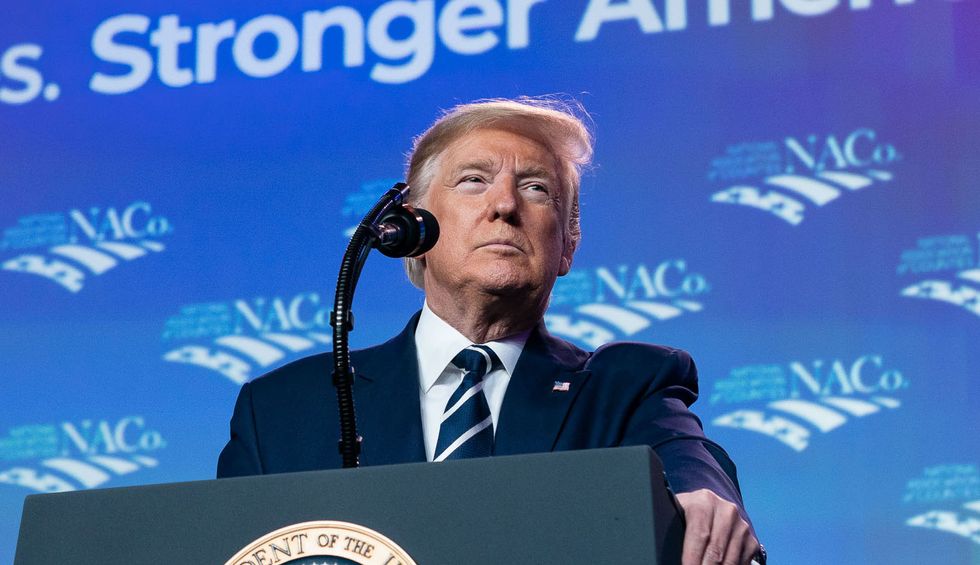 Skepticism abounds after White House staff claimed Saturday that Donald Trump has tested negative for the coronavirus. In a Saturday evening statement, Dr. Sean P. Conley, Physician to the President, alleges that the test Trump long refused to take was administered after “an in-depth discussion with the President.”

Trump’s chronic dishonesty, his refusal to release medical records, that pesky need for devotion and obedience from those around him, his history of questionable choice in medical professionals and that well-documented exposure last week, at Mar-a-Lago, to multiple people who have since tested positive, has left many people with a reasonable bit of reluctance to believe that Trump actually tested negative, or was even tested at all.

The impeached Republican revealed that he’d been tested during a press conference earlier on Saturday, claiming that his results wouldn’t come back for at least a day. That Trump was tested at all directly contradicts Conley’s Friday memorandum—sent just before midnight—insisting that testing was unnecessary.

It’s easy to understand why there’s a widespread lack of faith in Trump: He has lied over 16,000 times in just the first three years of his term, according to the Washington Post. He even lied about Google’s involvement in the coronavirus response! It’s what he does.

Thus, it’s no surprise that a quick scan of Twitter, just hours after Conley released his statement, revealed quite a bit of doubt, particularly considering the unique order of events.

Author Jeffrey Guterman attempted to convince his followers to root for Trump to stay virus-free.

Trump’s test is negative for coronavirus, per memo from White House physician, @jdawsey reports. While some of you… https://t.co/XDmAwctQ0t
— Jeffrey Guterman (@Jeffrey Guterman) 1584228699.0

Folks were ADAMANT in their inability to believe anything the administration says.

Even scammers appear to recognize scammers.

The integrity of Trump’s medical team was a common point of contention.

Nobody seems willing to just take Conley’s word for it.

The immediate skepticism from Trump critics about his negative coronavirus test is the latest reminder of how he ha… https://t.co/PaPiGBQ4EJ
— Annie Karni (@Annie Karni) 1584230703.0

Radio host Josh Barro agreed on the (lack of) credibility front, but was open to the possibility that Conley was telling the truth.

Look, I think the WH statement that Trump tested negative for coronavirus is probably true. But getting people to… https://t.co/4u7BAxiRaB
— Josh Barro (@Josh Barro) 1584230067.0

CBS’ David Begnaud seemed to take the test results at face value, but expressed frustration that Trump got his alleged results in HOURS while other Americans are waiting for days.

It’s unclear where Trump’s test was processed, if it does exist. However, there are facilities who have developed rapid testing—the University of Nebraska, for example, can deliver results in four to six hours! Regardless of what you believe, it’s important to remember what Dr. Deborah Birx, member of the White House Coronavirus Task Force said earlier on Saturday: It does not actually matter if Trump’s Friday test came back negative.

All jesting aside, please remember that everyone—including Donald Trump—should continue best practices to flatten the curve. As usual, the impeached president, with all his handshaking and podium touching and microphone adjusting, is not a good role model in this situation. It’s reasonable to have little to no faith in Trump’s ability to lead the nation through this crisis, considering his war on science, as well as his commitment to never looking weak, and always insisting that he is the “best” at everything.

With such an inept leader at the federal helm, it’s on us. Look out for one another, and remember: There will always be helpers.