Should Dems worry that Biden would lose Sanders supporters and ultimately the election? 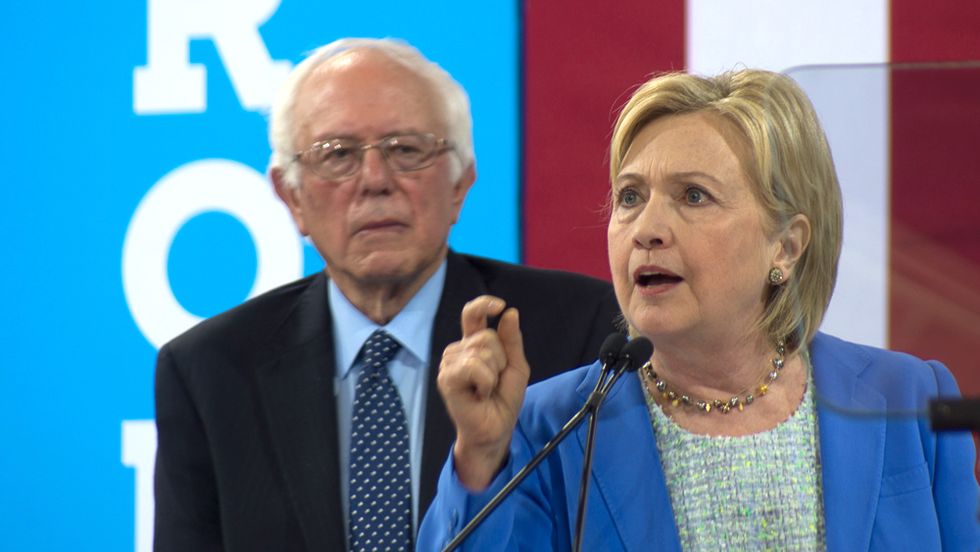 Joe Biden’s ten-day run of victories have left him the all-but-certain nominee. Now, the emerging concern among Democrats is what will happen to Bernie Sanders’ supporters if their candidate can't pull off an unlikely turnaround, and whether Biden has what it takes to beat Donald Trump “like a drum” this November.

For the past year, the Sanders camp has been pushing an electability case built on his purported ability to turn out young and intermittent voters, win over working class whites, perform strongly among Latinos, and inspire volunteer energy and enthusiasm. The campaign has claimed that without Sanders, the Democratic ticket would lose many of those advantages, resulting in depressed turnout and weaker performance in key demographics. Some Sanders supporters have argued that due to these factors, “Biden can’t win.”

How much should Democrats worry? The evidence suggests that the answer is some, but not too much.

First of all, there is no evidence to support the assertion that either of these candidates “can’t” win. Political scientists believe that the biggest determinant of turnout these days is not love of the candidate on one’s own side of the party divide, but rather hatred of the other side. Such “negative partisanship” is so high right now that it is projected to drive 2020 turnout to the highest level in a century.

Already, we are seeing the evidence of an energized Democratic base playing out in the nomination process. Turnout is up a whopping 26 percent from 2016. Politico reports that in one heavily Republican Michigan county, Tuesday’s Democratic primary saw a 56 percent increase in turnout from 2016, yielding a 10,000 vote increase in a state that was decided by that exact margin four years ago. Other counties also saw substantial gains.

Suffice it to say, with this level of Democratic enthusiasm (mostly in states and areas where Biden was victorious in the past ten days, and not quite as much in the earlier states where Sanders was stronger), fretful Democrats can dispense with the “can’t win” stuff.

Democrats can also separate out the one issue that is clearly a challenge – but an addressable one – from the rest that are mostly a mix of unsupported noise and motivated reasoning.

The one issue of real concern? In 2016, less than 80 percent of Sanders primary voters ultimately supported Hillary Clinton in the general election: almost 10 percent voted for a third party candidate and 12 percent actually ended up voting for Trump.

So it is true that not having Sanders as the nominee has bitten Democrats recently, and as the Democrats’ likely nominee would say, this is a BFD. But it can be fixed.

For starters, polls in recent weeks have found that only 15 percent of Sanders supporters are not planning to vote for a non-Sanders nominee. That’s still a bad number, but it would actually represent a five point improvement over four years ago. And that figure is likely come down further if the party keeps Sanders, who has already pledged to support Biden in the battle against Trump, active and engaged in the Fall campaign (along with other credible democratic socialists).

Another powerful factor is that we have all now lived through the last four years. In 2016, the New York Times was giving Hillary Clinton a 91 percent likelihood of winning in the weeks before Election Day. That gave voters the illusion that they had the luxury of a protest vote or sitting it out, a mistake they will be more reticent to repeat. Similarly, in 2016 voters thought of Trump as a moderate and his “Apprentice”-driven image was of a competent business leader despite the Clinton campaign’s repeated reminders about his multiple bankruptcies. Voters now see Trump as far more ideologically extreme and have had much more opportunity to learn the truth about his invented record in business. On top of that, the COVID-19 experience is revealing his profound, disastrous incompetence. All of these factors make a Trump – Biden choice much starker, and will help bring voters back into the Democratic fold.

And finally, back to the turnout factor. The defection of Sanders voters to Trump did sting in those three critical Rust Belt states, but Clinton also got about 600,000 fewer votes in them overall than Barack Obama in 2012. Democratic turnout even approaching 2012 levels would easily erase those losing margins.

The bottom line is that while the Trump campaign has made it a deliberate strategy to retain the support of Sanders primary voters, and may readily hold on to at least the 7 percent of them who still admit that they voted for Trump last time, the Democrats face a more favorable set of circumstances and are likely to be able to substantially mitigate the impact of Sanders-Trump voters.

As for the other concerns, a review of available evidence suggests that they are mostly chaff.

The case that only Sanders can deliver an election-tilting outpouring of turnout among young voters is very weak. Young voters definitely do like Sanders far more than Biden, but they make up the smallest segment of the electorate at baseline and have had consistently low turnout over the last 40 years -- just 43 percent among those age 25 and younger, compared to 65 percent for those over 25. And that does not seem to be changing any time soon: while young voter turnout was up on Super Tuesday compared to 2016, older voters also flooded the polls and the youth vote actually declined as a share of the electorate despite Sanders being on the ballot. Sanders himself has conceded that a youth surge is simply not happening.

Similarly, the idea that Sanders is needed to increase turnout from the “base” is not well-supported. Turnout from the base is going gangbusters, but mostly for Biden. Within critical voter segments, Biden is well-positioned. He performs strongly among African Americans. While Sanders was initially doing better among Latino voters, that gap has narrowed considerably. White non-college educated and college-educated voters split on Super Tuesday, as we’ve seen consistently in recent years, but they’ve been found in one detailed study to perform respectively two and eight points better for Biden than Sanders against Trump.

There is also not much evidence to support the notion that Sanders is needed at the top of the ticket to gain an advantage with new voters. A highly detailed study of 2016 non-voters shows that they split fairly evenly between supporting Republicans and Democrats, so an increase in non-voter turnout does not in itself give Democrats an advantage. And on Super Tuesday, Biden won 60 percent of 2016 primary non-voters, a small cue about his relative strength at least among intermittent voters who might be apt to vote for a Democrat. Overall, turnout from brand new voters is even or down compared to 2016, and Biden is actually winning among this group.

As for winning swing-voters, the evidence mostly suggests that Biden gives the Democrats their best chance. Somewhere from 6-9 percent of the electorate might realistically vote for either party -- 11 percent of Trump voters were previous Obama voters, and 4 percent of Clinton voters were Romney voters. A recent study found that Sanders would fare significantly worse among them than Biden. Other studies (here, here, and here) have reached similar conclusions about the advantage more moderate candidates like Biden tend to enjoy with that group (although these were not conducted for presidential races, so may not fully apply).

Moreover, while exit polling has shown Democratic voters generally favorable to Sanders’ policy positions, there is no evidence that any of them are critical for tilting swing voters to Democrats. In fact, one detailed study identified major trouble for Sanders’ policies.

The bottom line? As Democrats move to the next phase of the election, they definitely have work to do to move past primary tensions, coalesce, and mobilize. And there is no doubt that they have tripped over these challenges before. But the evidence suggests that their problems are fixable, and that the election landscape is promising.