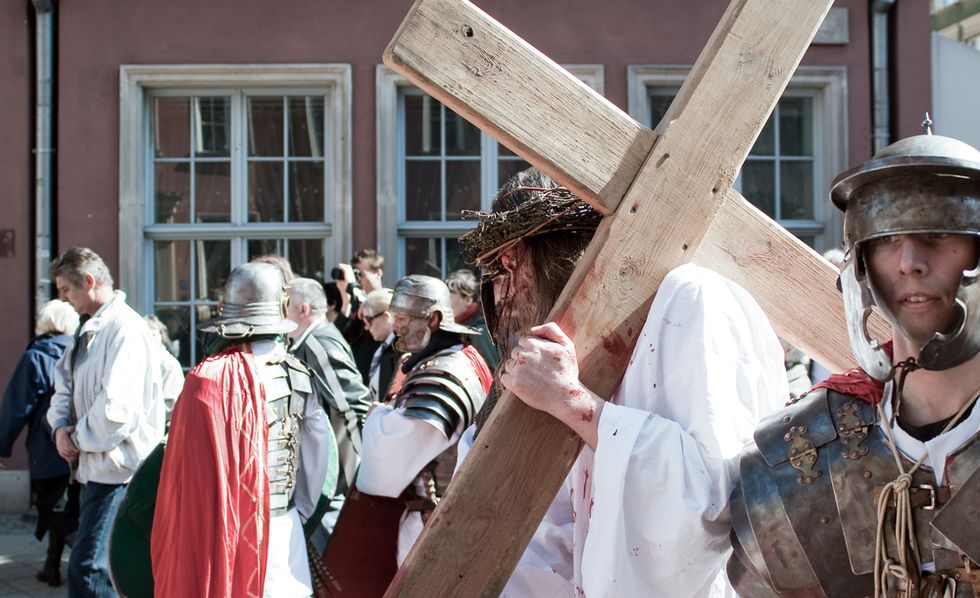 According to classic interpretations of the Jewish and Christian Bibles, a Canaanite deity named Moloch demanded the sacrifice of children. There is a long history of writing about this bloodthirsty god spanning the ancient world to John Milton’s Paradise Lost to Allen Ginsberg’s “Howl” to modern social commentators. One recurring point is that the depravity of Moloch was reflected in his insatiable lust for innocent flesh.

How could anyone worship such a monster?

Readers have drawn further connections: human sacrifice marks not only Moloch as evil, but also the population who offers their children to him. This is the biblical justification given for why Israelites should exterminate Canaanites, the worship of their gods, and their customs from the Promised Land.

But although the prevalent understanding of Moloch as a rapacious child-consuming god falls short in the minds of many scholars,* some deep truth remains. We should absolutely judge a deity by the offerings and piety it demands! Furthermore, what people are willing to sacrifice for their god should likewise be a commentary on their deepest values.

Let us call this an ethics of religious responsibility: we are responsible for the deities we follow. Many people tacitly accept this point when they opine that folks who follow other gods, or at least not their God, deserve to burn in hell. So, if one’s deity demands things like human sacrifice, genocide, or partiality to rapists and autocrats, then this should give some pause.

In a society founded partly on the concept of religious liberty people can, in theory, choose to worship such deities. But in a society also founded on the concept of free speech, shouldn’t people who follow these gods at least have to answer uncomfortable questions about their sociopathic deities? Why should it be bad manners to question people who worship such gods instead of bad manners to promote those gods in the first place?

You can see where this is going. At the moment an influential contingent of conservative leaders and commentators are advocating that we put a stop to measures meant to suppress the spread of COVID-19. Most of these measures fall under the category of social distancing, which has deeply impacted  corporations by restricting us from our usual purchasing and employment movements. Combined with broader uncertainties brought by the pandemic, the Stock Market has likewise been tanking.

The developing cry to end social distancing predictably centers on reversing these obstacles. “Restart the economy” is becoming a refrain. President Trump has already tweeted in this direction: “WE CANNOT LET THE CURE BE WORSE THAN THE PROBLEM ITSELF.”

His top economic advisor, Larry Kudlow, has spelled-out things further: “The economic cost to individuals is just too great … we’re going to have to make some difficult trade-offs.” And one conservative talk radio host went still further, declaring that “If given the choice between dying and plunging the country I love into a Great Depression, I’d happily die.” Better for a whole lot more people to suffer and die than for the free market to be stifled any further. It’s the economy, stupid!

Given the prevalence of religious voices among support for Trump, perhaps we could think about our situation with the ethics of religious responsibly as outlined above. A simple translation of “restart the economy” suggests itself: the economy or the free market is God. It rules over and defines reality. And this God demands human sacrifice to rescue us from Coronavirus.

Those who know our history will not be surprised. The God of the Economy has long subsisted on human sacrifice in ways that reveal his character. When the Cotton Gin was invented, enslavers needed to increase cotton picking output to feed the machines in order to realize their profits. As Edward Baptist has vividly documented, they didn’t hire more workers or even invest in the large scale acquisition of additional slaves. Instead they intensified their system of slavery into an even more brutal form that exponentially multiplied suffering as a technology to increase production. The God of the Economy got his fill of human flesh.

If the blood of human sacrifice was the seed of the free market, its god remains hungry as ever today. As historians such as Kim Phillips-Fein, Kevin Kruse, and Lawrence Glickman have shown, wealthy followers of this god have been successfully proclaiming their gospel as the exclusive path to freedom for generations.

Their message now seems obvious and their god feels like the only option. These disciples are sick of losing wealth to social distancing, even if it saves lives. They want their economy of the pre-Coronavirus status quo back. It’s the economy that made them rich.

The surprise is not that this god’s followers are eager to offer human sacrifices, but that anyone is still shocked they would offer the rest of us to him or try to sell us on this approach by warning against the “the false god of ‘saving lives.’”

We should, at the least, stop tiptoeing around this god’s followers as though it’s bad manners to identify him as evil or un-civil to make them own that he is the real Moloch. And if their economy is Moloch, why don’t we demand that our leaders serve a new god, or replace them with leaders who aren’t Moloch’s disciples? Surely there are gods to whom we can turn now whose values are health and human flourishing as opposed to bloodthirsty greed. It doesn’t take a biblical scholar to figure it out.

*As biblical scholars such as Francesca Stavrakopoulou and Heath Dewrell have argued, there was no Moloch deity in ancient Canaan. The biblical passages traditionally thought to name him instead refer to a kind of sacrificial offering (mlk). Biblical writers delegitimized this offering—and the idea that their God had commanded it!—by rendering it foreign and evil. Ancient interpreters transformed the mlk offering into a depraved foreign deity, Moloch or Molech. And readers have been off to the races ever since.