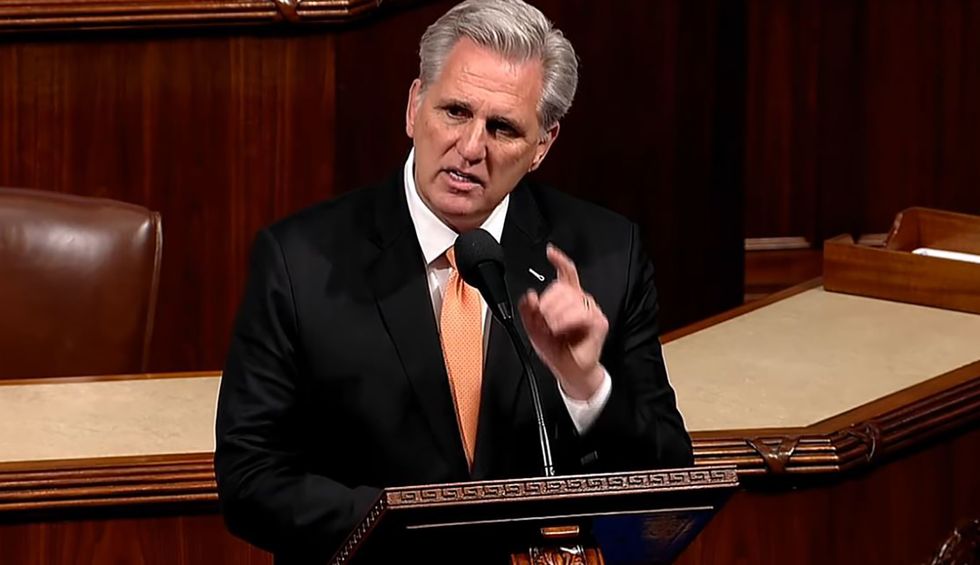 In lieu of doing their jobs to protect the American public, Republican Party officials are working very intensely to misinform the public, while also blaming China for COVID-19. One of the top GOP officials today is Republican Rep. Kevin McCarthy of California. You might remember his grotesque displays of fealty during the impeachment inquiry and trial of Donald Trump. If you know anything about Rep. McCarthy, you know that he will tow whatever party line Mitch McConnell and Donald Trump think up for him. And since the GOP’s brand these days is “Being racist assholes,” McCarthy decided on Monday to help out with the public health effort by tweeting out the government’s CDC.gov url along with this thinly veiled racist statement: “Everything you need to know about the Chinese coronavirus can be found on one, regularly-updated website:”

Fellow Californian and Democratic Rep. Katie Porter was justifiably pissed off at the leading GOP stooge.

The Trump administration and the Republican Party, having stripped down and rolled back Obama-era development of our CDC, and specifically our infectious disease research and response, is now trying to use the age-old defense that they shouldn’t be in trouble because it’s someone else who “started it.” Unfortunately, they have a racist base who will likely eat up this xenophobic handling of a public health crisis. But the Republican base is a minority in our country, and the majority of people know Rep. McCarthy is a craven prick. And the responses to his lack of leadership were fast and furious.

As one responder to McCarthy’s racism explains: this is just the same playbook we’ve seen out of these incompetent grifters for years now.

@GOPLeader Our government is super racist: also they really suck at keeping US safe and prosperous.
— David Rothschild (@David Rothschild)1583801815.0

Of course, here’s a side note reminder:

And finally, the tragically comic reality of it all.

And an honest piece of advice for the GOP Leader.