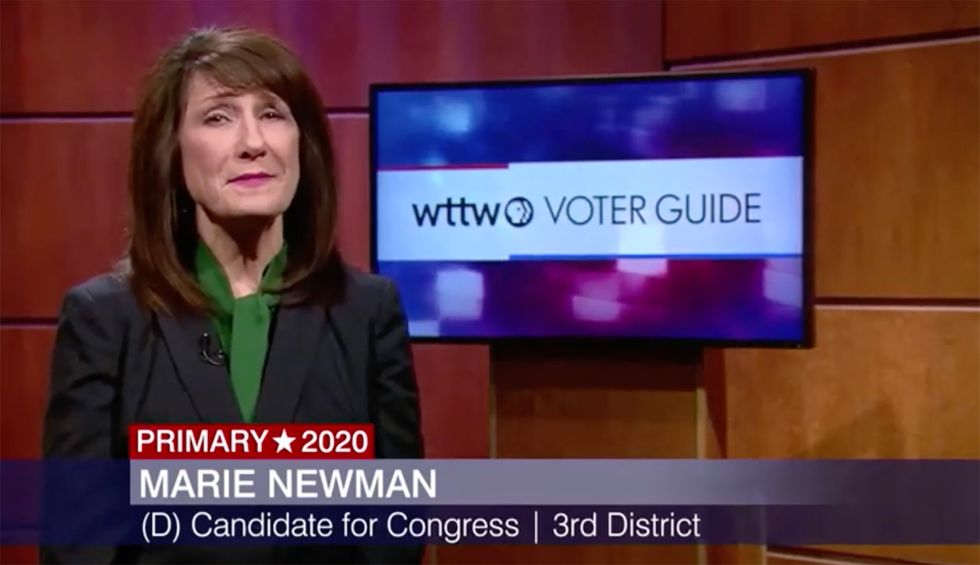 In a huge win for progressives, businesswoman Marie Newman defeated eight term Rep. Dan Lipinski, who has long been one of the most conservative members of the Democratic caucus, 48-44 with 95% of precincts counted in their expensive primary rematch in Illinois’ 3rd Congressional District. While Newman had to fight hard to beat the powerful incumbent on Tuesday after narrowly losing to him two years ago, she shouldn’t have any trouble prevailing in the general election in this 55-40 Clinton seat in the Chicago area.

Lipinski made a name for himself during his nearly 16 years in Congress as a loud opponent of abortion rights and same sex-marriage, but he proved to be very tough to dislodge. Lipinski’s father, Bill Lipinski, represented this area from 1983 until 2005, and plenty of primary voters still supported the family and shared their conservative views. The younger Lipinski received the Democratic nomination in 2004 from party leaders after his father dropped his re-election campaign after winning the primary, and much of the old Chicago machine remained loyal to him throughout the years.

Lipinski turned back a well-funded primary challenge in 2008 by a 54-25 margin, and he didn’t face another serious threat for the next decade. During that time the congressman repeatedly voted to defund Planned Parenthood, opposed the Affordable Care Act, and refused to endorse Barack Obama's re-election campaign in 2012—despite the fact that his district is solidly blue.

Newman challenged Lipinski from the left in 2018, and while she looked very much like a longshot against the well-funded and entrenched incumbent for most of the race, she ended up holding him to a 51-49 win. Lipinski, though, quickly proved that he wasn’t going to change his conservative ways after that near-loss by headlining the anti-abortion “March for Life” in early 2019, an event he’d skipped the previous year when he was fighting to win renomination. Lipinski also signed onto an amicus brief alongside more than two hundred Republican Congress members asking the Supreme Court to overturn Roe v. Wade.

Newman launched her second bid for this seat in May of 2019, and this time, it was clear to everyone from the beginning that she was a serious threat to Lipinski. While the incumbent enjoyed a massive financial advantage during his last campaign, the two candidates ended up spending a comparable amount this time. EMILY’s List also deployed $1 million on Newman’s behalf, while major outside groups didn’t do much to help Lipinski this time. Newman also picked up a high-profile endorsement in February from Chicago Mayor Lori Lightfoot, who memorably took Lipinski to task by declaring, “[I]f it were up to Dan Lipinski, I wouldn't be able to marry my wife.”

Still, Lipinski had some strong advantages for his second campaign. The congressman still enjoyed the support of much of the Chicago Democratic establishment, including powerful state House Speaker Mike Madigan, and many labor unions. Two other candidates, activist Rush Darwish and underfunded perennial candidate Charles Hughes, were also on the ballot, and there was a real possibility that they could take enough support from Newman to allow Lipinski to win with just a plurality of the vote. However, this time it was Newman who ended the primary night as the victor.