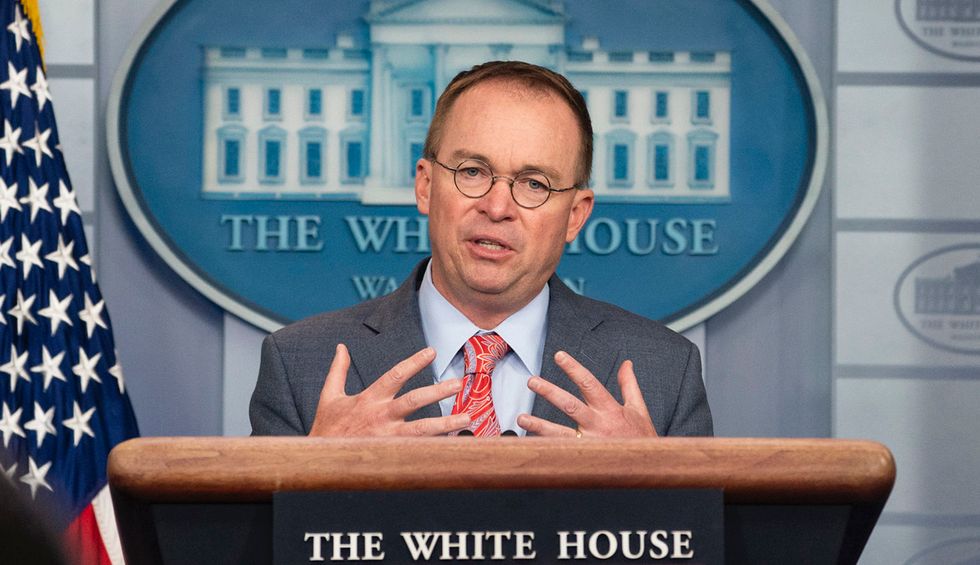 As critical shortages of coronavirus tests persist nationwide, there's one group of people who have no trouble getting testing access—Trump loyalists. Case in point: Mick Mulvaney, who late last month told a gathering of conservative activists that the media was simply hyping the coronavirus pandemic to "bring down the president."

"It’s not a death sentence, it’s not the same as the Ebola crisis,” Mulvaney told attendees of the annual Conservative Political Action Conference (CPAC) on February 28. What Mulvaney didn't share with those activists was the fact that he had already been tested once for the coronavirus, according to the Washington Post, and at a time when access to testing in the U.S. was nearly nonexistent. Mulvaney, still showing no symptoms, then proceeded to get a follow-up test this month after a close contact with someone who spent time with members of a Brazilian delegation and later tested positive for the virus.

In fact, proximity to Trump has proven to be the surest way to jump the massive line of millions waiting for coronavirus testing. While governors continue to clamor for more tests and faster turnaround on results, and most testing continues to be limited to the most critical cases and front-line health care workers, Mulvaney is one of three Trump confidants to get tested even though they weren't experiencing any of the symptoms commonly associated with COVID-19.

The other two members of Trump's inner circle to undergo asymptomatic testing were Trump's incoming chief of staff, Mark Meadows, and consummate Florida man, Rep. Matt Gaetz, who earlier this month mocked concerns about the disease by donning a gas mask on the floor of the House.

And yet another asymptomatic Trump booster who hopped the testing line is GOP Sen. Rand Paul of Kentucky, who not only tested positive but also declined to self-quarantine during the six-day window in which he awaited his results, putting everyone who came into contact with him at risk.

"Meanwhile, the U.S. Capitol Office of Attending Physician has declined multiple test requests from senators and members of Congress because they did not show symptoms," writes the Post. That office is only offering tests to lawmakers who actually exhibit symptoms.

So yeah, if you want testing, spend some QT with Trump, the erstwhile germophobe who's found it nearly impossible to stop glad-handing everyone in sight.