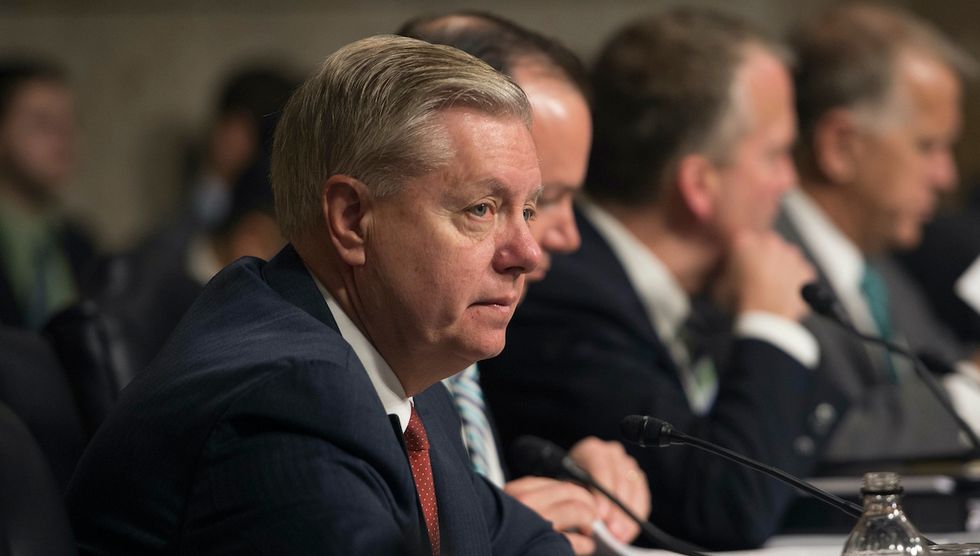 "In an abundance of caution and upon the advice of his doctor, Senator Graham has decided to self-quarantine awaiting the results of a coronavirus test," Graham's office announced Thursday in a statement.

The senator's decision follows his visit to President Donald Trump's Mar-a-Lago estate over the weekend. Brazilian President Jair Bolsonaro is currently being monitored for COVID-19 after his spokesman tested positive for it. Both men were also at the president's Florida club.

While Graham is not sure if he interacted with either of the two men, he self-quarantined as a precautionary measure and will continue to work from home.

Trump's incoming chief of staff Mark Meadows, who is currently a congressman from North Carolina, also self-quarantined. By contrast, Rep. Louie Gohmert of Texas refused to self-quarantine despite coming into contact with the infected individual.

Trump and Vice President Mike Pence shook hands with Matt Schlapp, the chairman of the American Conservative Union, which organizes the conference. Though Schlapp has not tested positive for COVID-19, he interacted with the individual who did. Trump has repeatedly refused to take a coronavirus test

Trump has been criticized for gutting federal agencies, which could have helped America prepare for a pandemic like COVID-19. The administration asked for a $65 million budget cut to the CDC's small center on emerging and zoonotic (animal-to-human transmitted) infectious diseases in 2018 (or a 10% cut), then a 19% reduction in 2019 and a 20% reduction in 2020. It also disbanded the global health security team in 2018, though most of this funding was restored by Congress.

Overall spending for relevant CDC programs is down by 10% from what it was in 2016 after being adjusted for inflation. Trump also proposed cutting the overall CDC budget by $1.3 billion in the 2020 fiscal year.

The president has repeatedly lied about important details regarding the COVID-19 outbreak. He has falsely claimed that a vaccine is being developed "rapidly" and that diagnoses in the U.S. are "going very substantially down — not up." He has also balked at the World Health Organization's claim that the disease has a 3.4% mortality rate and claimed that former President Barack Obama's policies have weakened his ability to respond to the coronavirus, both of which are lies.