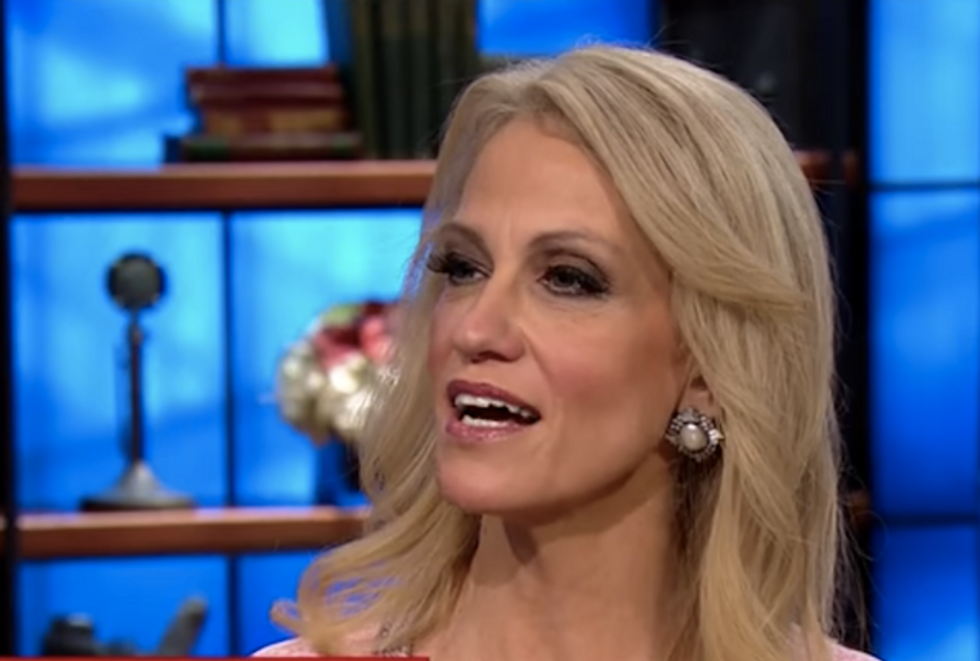 President Donald Trump’s administration has been drawing criticism for not moving fast enough to distribute crucial tests for the deadly coronavirus. And when CBS News’ Paula Reid questioned Kellyanne Conway about the slow response on Friday, the White House senior adviser was typically evasive and defensive.

Conway responded that Trump’s administration is “ramping up” its anti-coronavirus efforts, and Reid wanted to know why they didn’t do that “while it was contained, get ahead of it.”

Of course, the virus was never really "contained" — it has clearly been spreading across the United States. We don't yet understand exactly how far and wide it has spread, though, because the federal government has dropped the ball on testing.

But Conway, who never answered Reid’s question, insisted, “It is being contained.” She accused the CBS correspondent of claiming it wasn't "contained," which she Reid never did. Reid said she wasn't a doctor but a lawyer.

Conway shot back at Reid — dripping with condescension — "Are you a doctor or a lawyer when you say it's not being contained?”

Later, Reid said of Conway, “She really could not give me an answer, and she attacked me for not being a doctor.”