Kansas City mayor posted a video claiming he was wrongly turned away by poll workers. Missouri’s Republican secretary of state is slamming him for it 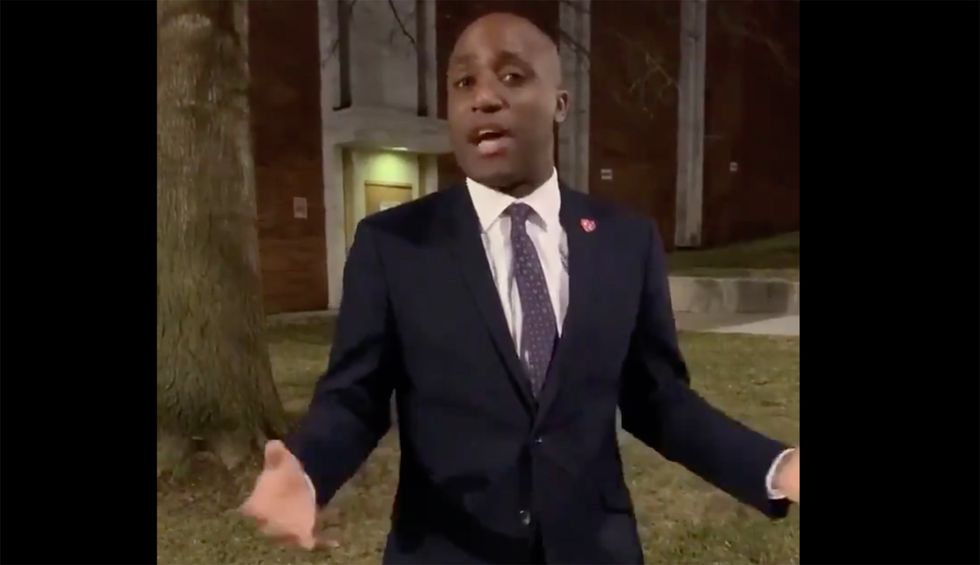 On the morning of Missouri’s Democratic presidential primary, Kansas City Mayor Quinton Lucas tweeted a video stressing the importance of voting and urged Missouri residents to get out and vote. Lucas, an African-American Democrat, followed his own advice and tried to vote in the morning — only to be told that he wasn’t in the system. This happened despite the fact that Lucas had been voting in the same polling place for over a decade.

Eventually, Lucas did get to cast his vote, and he has been tweeting about his experiences — which speak volumes about problems with the United States’ voting system, especially when it comes to people of color. Jay Ashcroft, Missouri’s Republican secretary of state, has described Lucas’ tweeting as a political stunt — resulting in a war of words between the Missouri politicians.

In a video, Lucas explained that when he got to the poll on Election Day, he showed a utility bill to a poll worker; in Missouri, utility bills are accepted as a form of identification in elections. After being told that he couldn’t vote because he wasn’t in the system, Lucas went to Twitter and posted, “I made a video this morning about the importance of voting and then got turned away because I wasn’t in the system even though I’ve voted there for 11 years, including for myself four times! Go figure, but that’s okay. We’ll be back later today!”

I made a video this morning about the importance of voting and then got turned away because I wasn’t in the system… https://t.co/UcYpAjEIHY
— Mayor Q (@Mayor Q)1583842719.0

The Kansas City mayor later tweeted, “By the way, me writing ‘but that’s okay,’ was me being Midwestern and passive aggressive. It’s really not okay. Talked to the election director this AM and will be following up further. If the mayor can get turned away, think about everyone else... We gotta do better.”

When Lucas returned to his polling place, the problem was straightened out; earlier, the poll worker had transposed his first and last name. But the Kansas City Mayor stressed that many working class Americans who are living paycheck to paycheck would have had difficulty getting back to that polling place.

Lucas did a good thing by drawing attention to the problem he encountered, but Missouri’s far-right secretary of state doesn’t see it that way. Ashcroft claimed that it was “reprehensible” for “an individual in a trusted position like mayor” to “denigrate our elections.” And Lucas, responding to Ashcroft’s cluelessness, told KCTV 5 (a Kansas City television station), “Respectfully, the secretary doesn’t know what he’s talking about. That’s all I have to say. I’ve actually never met him.”

Missouri was among the states in the U.S. that held a Democratic presidential primary on March 10. Former Vice President Joe Biden defeated Sen. Bernie Sanders in Missouri as well as in Michigan, Idaho and Mississippi.