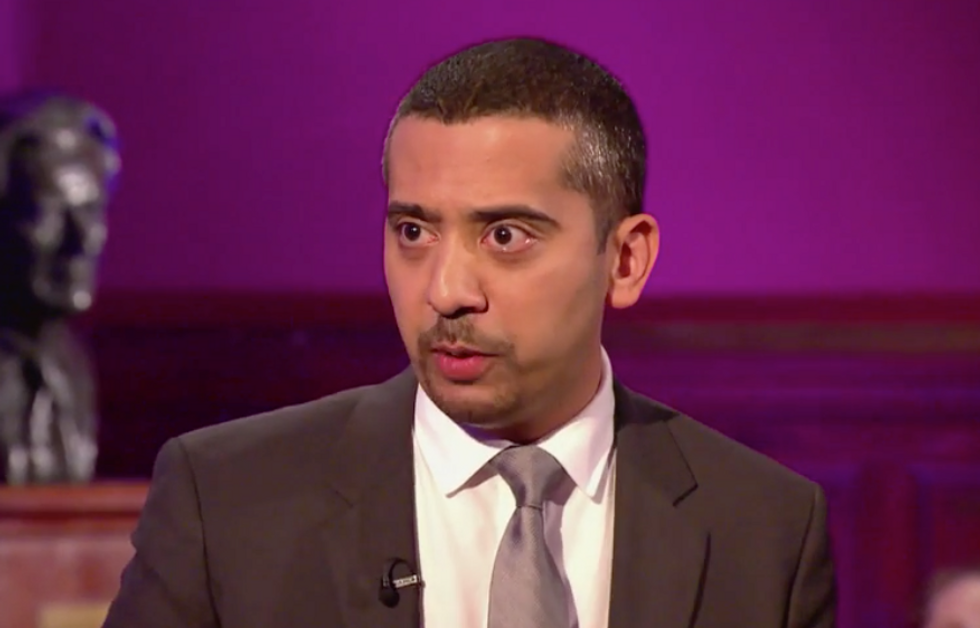 In the United States, a sitting president can be removed from office not only by the impeachment process, but also, by the 25th Amendment to the U.S. Constitution. One of those mechanisms has already been tried against President Donald Trump; he was impeached by the U.S. House of Representatives in 2019, and the U.S. Senate voted against removing him from office.

British journalist Mehdi Hasan, however, argued in an article for The Intercept that it isn’t too late to remove Trump from office using the 25th Amendment — which Hasan implores Vice President Mike Pence to do in light of Trump’s mishandling of the coronavirus crisis.

“The truth of the matter is that President Donald Trump does not have the mental capability to ‘discharge the powers and duties of his office,’” Hasan writes. “Amid an unprecedented political, economic and public health crisis, the commander-in-chief is unwell — and unfit.”

In his article, which is headlined “Dear Vice President Mike Pence: Please Use the 25th Amendment to Remove Trump and Save Us From the Coronavirus,” Hasan makes it clear that while he doesn’t care for Pence’s politics either, he would be preferable to Trump.

“Don’t get me wrong: I’m no fan of you or your far-right politics,” Hasan tells Pence. “I am well aware of your long history of challenging the science on everything from climate change to evolution to cancer. But, this time round, you recognize the scale of the problem, the scope of the crisis, the severity of the threat posed by COVID-19.”

Hasan is right to use the word “severity” in connection with coronavirus. On Monday afternoon, the global death toll from COVID-19 had reached 16,381 worldwide, according to the Center for Systems Science and Engineering (CSSE) at Johns Hopkins University in Baltimore. And that included more than 6,000 deaths in Italy, 2,200 deaths in Spain and 1,800 deaths in Iran, according to the reported figures.

Hasan goes on to tell Pence that as much of a Trump “sycophant” as he is, using the 25th Amendment against the president is the only sane course of action in light of the threat that coronavirus poses.

“Look, I get it: you’re a sycophant,” Hasan writes. “You’re a coward. You’re afraid of standing up to a vicious boss and his cultish supporters. But ask yourself this: are you more afraid of Trump and his MAGA base, or for your own life and the lives of those you love and cherish? This past weekend, you and your wife had to get tested for COVID-19. It is only a matter of time until someone you care about tests positive or — God forbid — dies from the disease.”