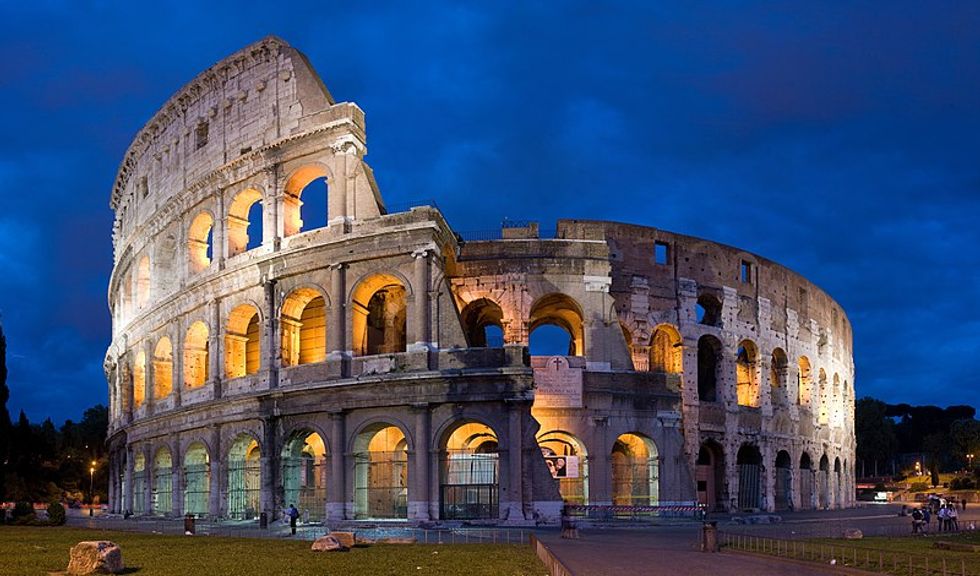 The facts about Italy’s battle with coronavirus — which the World Health Organization has declared to be a global pandemic — are downright shocking. According to the Center for Systems Science and Engineering (CSSE) at Johns Hopkins University in Baltimore, the death toll from coronavirus had reached 1061 in Italy (which is Europe’s fourth largest economy) as of early Friday morning, March 13. Italy remains on lockdown: travel within the country is greatly restricted — and from Milan to Rome to Naples, businesses the federal government has deemed non-essential are not allowed to open. Supermarkets and pharmacies are still open in Italy; businesses ranging from bars, restaurants and cafes to clothing stores to movie theatres are not allowed to open until at least March 25.

For millions of Americans, the nightmare in Italy begs the question: could things get that bad in the United States? Olivia Messer, in an article for the Daily Beast, contemplates what an Italy-ish lockdown or reginal quarantines in the U.S. might look like.

Here are some disturbing facts about Italy’s battle with coronavirus — and some possible lessons for the United States.

A month ago, there were no coronavirus-related deaths being reported in Italy; now, they are at least 1061 — which demonstrates how quickly coronavirus can spread as well as how deadly it can be. On Thursday, March 12, Italy’s Civil Protection Agency announced that the death toll had increased by 23% in a 24-hour period. Trump and his supporters, for weeks, downplayed the seriousness of coronavirus and foolishly claimed that the pandemic was merely a political “hoax” or “fake news” designed to hurt Republicans, but when coronavirus kills more than 1000 people in Italy alone in less than a month, that’s no “hoax” — it is a deadly pandemic that the Trump Administration was painfully slow to respond to.

Because of that slow response and the fact that coronavirus testing has not been widely available in the U.S., health officials wonder how quickly it will spread in the 50 states and Washington, D.C.

When the death toll from coronavirus climbed in Italy in recent weeks, many of the fatalities were in the Lombardy region — and the weekend of March 7-8, the federal government responded with a quarantine of Lombardy (Lombardia in Italian). Messer, in her Daily Beast article, explains, “Italian Prime Minister Giuseppe Conte this weekend signed an unprecedented coronavirus containment decree to disastrous effect, as Italians jumped in cars and on trains to flee an impending travel lockdown — and authorities sent and received mixed signals about whether they should even stop anyone.”

But the regional quarantine in Lombardy and other parts of Italy was merely the beginning. Later in the week, Italy went to a full nationwide lockdown and imposed severe travel restrictions for the entire country. And Messer wonders if regional travel bans could be coming to the U.S. in the weeks ahead, but Lawrence Gostin (director of the O’Neill Institute for National and Global Health Law at Georgetown University) explains that the effectiveness of travel bans during a pandemic can be greatly reduced by a lack of testing.

Messer cites New Rochelle (a New York City suburb) as an example of a place in the U.S. that has a coronavirus “containment zone.” But she notes that New York Gov. Andrew Cuomo has “stressed that the zone was not a travel lockdown and that anyone not quarantined was free to leave their homes — and local businesses could remain open. But all schools, houses of worship and other large gathering spots in the area were to be shut down for two weeks.”

Meanwhile, on the West Coast, Messer notes, Washington Gov. Jay Inslee has imposed local restrictions — although nothing on the level of what Conte imposed on Italy’s Lombardy region. In other words, Seattle residents can still get in their cars and drive to Portland, Oregon, unlike residents of Milan who aren’t free to travel to Florence or Rome.

Messer notes, “Gov. Jay Inslee announced Wednesday that he would use emergency powers to prohibit large-scale public gatherings of 250 people or more in three counties through March in Washington State, where at least 29 people have died from the disease. Such events include social, spiritual, recreational and work activities. Seattle’s public schools will also close.”

Italy, according to WHO data, has an excellent public health system; Italians, unlike U.S. residents, don’t fear medical bankruptcy if they have the misfortune of being diagnosed with cancer, heart disease or diabetes. But because coronavirus spread so rapidly in Italy, its health system has been absolutely overwhelmed. And American health officials are fearful that a similar situation could become a reality in the U.S. if, in the coming weeks, a lot more Americans test positive for coronavirus.

For centuries, Italy was a country of strict Catholics who, on the whole, rejected contraception and typically had four or five kids. But in recent decades, Italy’s birth rates have fallen dramatically; having only one or two kids or no kids at all is now the norm in Italy. Between lower birth rates and a public health system that emphasizes preventative care, there are a lot of older people living in Italy — and coronavirus has hit older Italians hard.

Gostin told the Daily Beast that in the U.S., the elderly could be especially “vulnerable” to coronavirus in the weeks ahead. The health expert warned, “If you’re unemployed, uninsured, elderly, disabled, in a rural area, you’re not going to have the ability to take care of yourself — and you may be very vulnerable.”