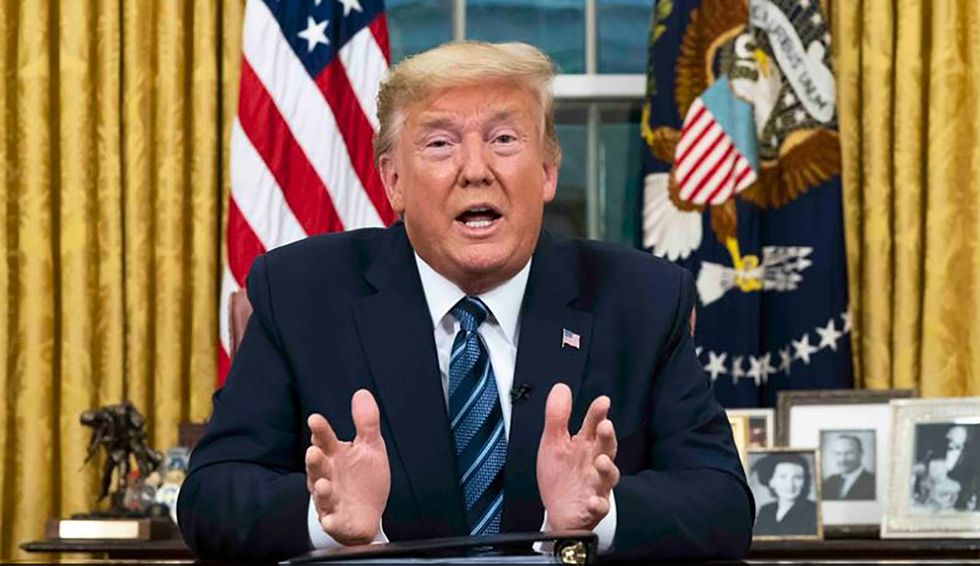 New reporting on Wednesday reveals the federal government assumes the coronavirus outbreak will last at least 18 months, lead to "significant shortages," and cause "straining" of the healthcare system—an outlook greatly at odds with the president's repeated public downplaying of the virus's threat.

The forecast is laid out in an internal unclassified document, "U.S.Government COVID-19 Response Plan," which was seen by the New York Times. Marked "for official use only/not for public distribution or release," the document is dated March 13—the same day President Donald Trump finally declared a national emergency and rejected any responsibility for the lag in testing for the novel coronavirus, which has stymied efforts to track and appropriately respond to COVID-19's national spread.

As the Times reported Wednesday, the document includes in its assumptions that:

According to the document, among the "key" additional actions the White House could take is invoking the Defense Production Act of 1950—something the administration has reportedly been considering.

Doing so could "force American industry to ramp up production of critical equipment and supplies such as ventilators, respirators, and protective gear for health care workers," the Times noted.

Multiple lawmakers have pushed Trump to harness that authority, with Sen. Ed Markey (D-Mass) doing so in a letter dated Sunday that cited "a serious shortage of protective equipment for staff and infected patients."

Sen. Bob Menendez echoed the demand with a letter on Tuesday, saying the president should be "using every lever of executive power to save lives."

Trump, however, has hedged on harnessing that authoring, saying Tuesday that "we haven't had to."

"We'll make that decision pretty quickly if we need it," Trump told reporters. "We hope we don't need it."

As the national death toll from COVID-19 passed 100 and spread to all 50 states, Trump told reporters that his administration's response to the pandemic deserved no criticism.  "We've done a fantastic job," he said.

Trump's comments came the same day Treasury Secretary Steven Mnuchin told Republican senators that the coronavirus has the potential to drive the national unemployment rate up to 20%.

That worst case scenario could play out, warned Mnuchin, if the lawmakers fail to pass the $1 trillion stimulus package passed by the House.