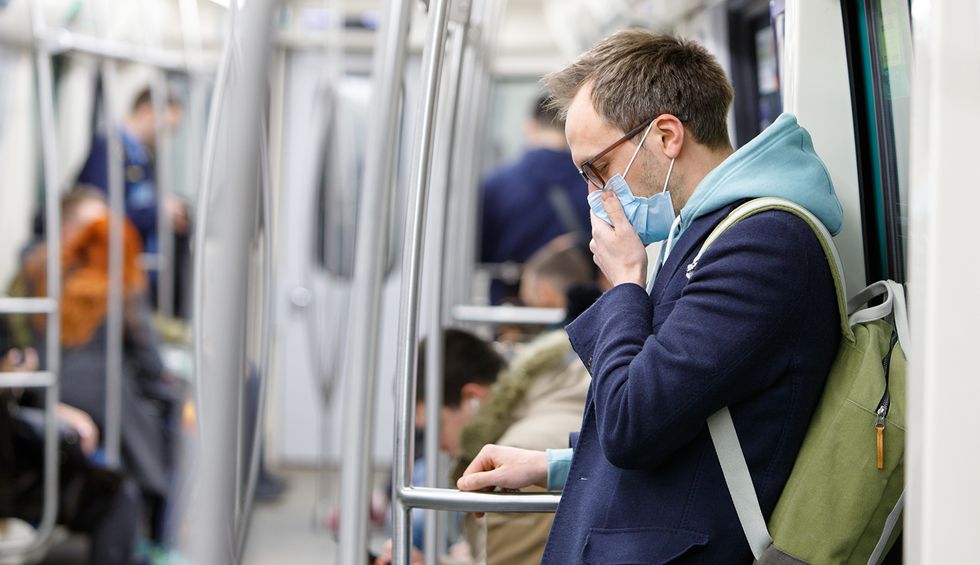 On March 21, Medium.com published an article by Silicon Valley resident Aaron Ginn claiming that the mainstream media’s reporting on the coronavirus pandemic is wildly exaggerated and that COVID-19 isn’t spreading to the degree that the media are reporting. Medium has since removed Ginn’s article, which was republished on Zero Hedge — and which biology professor Carl T. Bergstrom vigorously debunks in an in-depth Twitter thread.

“This thread could be far longer than it is,” Bergstrom writes, “but I’m doing my best to only discuss the most glaring flaws.”

In his article, Ginn wrote that “hysteria” was driving the discussion over coronavirus and went on to use so-called “data” to make his argument. But Bergstrom, in his thread, explains why Ginn’s arguments are both misleading and dangerous.

Ginn claimed that “COVID-19 is spreading, but probably not accelerating.” According to Bergstrom, “The author discusses the apparent decline in daily growth rate irrespective of control measures. He begins with some truism about small numbers being easy to move; this is irrelevant in the face of the exponential growth that he stresses.”

Bergstrom goes on to write that Ginn “fails to see that this drop in apparent growth rates is heavily driven by left censoring and shifts in testing strategy. Testing started at different times in different countries, was influenced by case density, and early-on, tests individuals in all stages of disease.”

Ginn wrote, “Cases globally are increasing — it is a virus, after all — but beware of believing metrics designed to intentionally scare like ‘cases doubling.’ These are typically small numbers over small numbers and sliced on a per-country basis.”

Bergstrom, in response, tweets, “That the virus can cross national boundaries does nothing to negate the importance of spatial structure and within-country analysis.”

Bergstrom adds, “I hate to ascribe to malice what can be adequately explained by incompetence, but using this lie to sweep away the disaggregated data is such utter nonsense that I wonder how a Silicon Valley guy could make this claim by mistake.”

Ginn used the “bell curve” to make his argument that “hysteria” is driving the conversation on coronavirus. But Bergstrom asserts, “This is unsubstantiated bullshit. If the bell-curve were a ‘law of nature,’ it shouldn't necessarily apply to the vast range of human responses that people take to stop epidemics. Yet this assertion is supported with data from places where interventions slowed things down.”

Ginn writes that “93% of people who (think) they are positive aren’t.” And Bergstrom responds, “This is just misleading. Being tested is not the same as thinking you are positive. Did your doctor ever order a rapid flu test or strep culture or a chest x-ray for pneumonia? When you did, did you think YOU were positive? Same deal with COVID19, esp in places like S. Korea.”