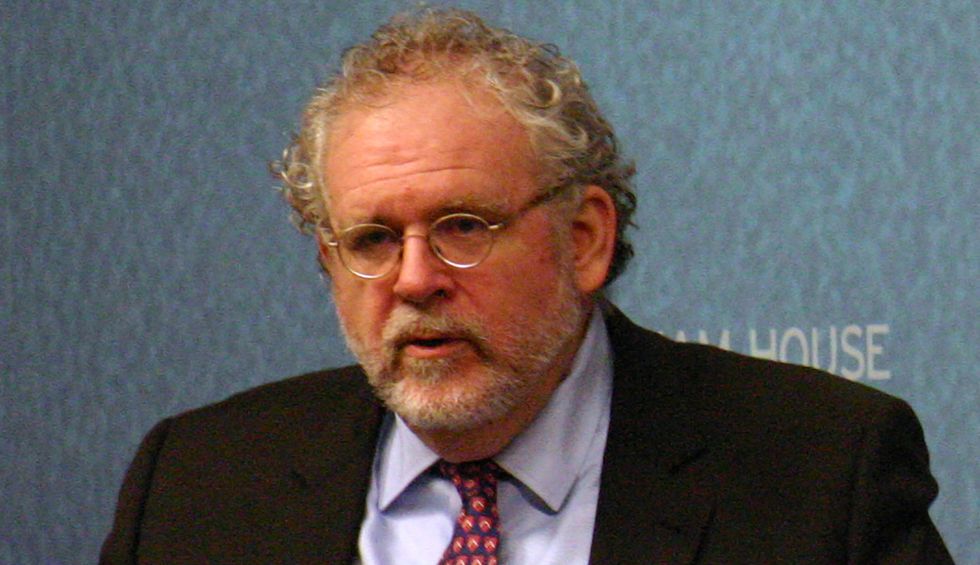 A recent piece in The Wall Street Journal by Walter Russell Mead has caused a bit of a stir among the chattering classes. Headlined “The Coronavirus May Make Trump Stronger,” it argues that President Trump’s abysmal and malfeasant handling of the greatest public health emergency in a century is a feature, not a bug, in his quest for a second term.

The piece is located behind Rupert Murdoch’s pay wall, but in summary, it argues that the recent blip in Trump’s poll numbers is indicative of the vast reservoir of populist sentiment in the country. He calculates Trump voters as roughly 42 percent of all American voters, and adding what he calls the Sanders base (at 36 percent of the Democratic base, or 13 percent of national voters), he says that 55 percent of the country is solidly populist.

Mead lectures us that the establishment is totally clueless about this. The elites arrogantly attribute Trump’s popularity among his supporters to racism, religious fundamentalism, and ignorance.

But, says Mead, the pointy-heads discount the populist base’s profound distrust of establishment competence and wisdom on economic policy (meaning, mainly, outsourcing), while skimping on health care and infrastructure items like good roads and bridges, and at the same time piling up enormous deficits. He even gets in a few licks against social promotion and virtue signaling, whatever that is. All of this points to a Trump reelection, even as the establishment refuses to face the facts.

Meade might well be right in his electoral prediction. That said, it is absolutely impossible for anyone aside from Nostradamus to confidently predict the reaction of the American public, too many of whom are (as ever) grossly misinformed, have microscopic attention spans, and can change their view of events based on reasons that no one can reliably deduce in advance.

We should recall that George H.W. Bush had a popularity rating of 89 percent after the Persian Gulf War, but he lost the 1992 election. Will there be a similar letdown after the current coronavirus crisis abates? Possibly, but it is just as possible that those who are unscathed by coronavirus will say the whole megillah was exaggerated, that it merely hurt their economic position, and that Trump was right to dismiss it.

An example of this phenomenon of dismissing incompetence is 9/11. The August 6, 2001 intelligence brief gave clear warning of an Osama bin Laden-orchestrated terrorist attack, but George W. Bush, after telling the briefer, “you covered your ass, now,” preferred to play golf and cut brush during his five week vacation rather than attend to the duties his oath of office required.

Yet in the wake of the attack, Bush’s favorability rating skyrocketed to 90 percent. To some extent that is understandable given the clampdown on information about the Bush administration’s prior negligence, a disregard which bordered on the criminal. But over the next three years, that adverse information all came to light—yet Bush was reelected.

So there is really no way we can tell for sure which way the public will break. But it does seem that Mead consistently overrates “economic anxiety” and other ostensibly legitimate factors such as lack of health care and infrastructure as motivating the Trump cultists, while asserting that the establishment willfully overlooks these explanations in favor of such derogatory rationales as racism.

Mead’s assertion about so-called economic anxiety is mostly untrue. For too long, the national media have fed us a tale of economic anxiety in the Great Heartland being responsible for Trump’s election. It is not that the tale is wholly false, but it is told in the wrong context, and without important qualifiers attached.

Of course, opposing explanations have been advanced: “status anxiety” (a euphemism for fear of minorities) and “racial resentment” (although how this term is functionally different from garden-variety racism is not clarified). But economic anxiety as a rationale is still widely circulated by the prestige media.

Closer study has corrected this canard. Racism, not economic anxiety, fed the motivations of Trump supporters, many of whom are not notably in economic distress. Mead excoriates media “elites” for being out of touch, yet he has adopted precisely the same fallacious conventional wisdom that they generated.

Granted, there remain large numbers of Trump voters who are by most measures in poor economic circumstances. Unfortunately for his thesis, Mead neglects to tell us why these people consistently (and long before Trump arrived) vote precisely for Republican politicians who promise to outsource their jobs and take away their Medicaid or the Affordable Care Act. Why would a laid-off Kentucky coal miner, relieved to get Obamacare, vote for Matt Bevin, a zealot for eliminating Obamacare in that state?

Indeed, why did farmers, who voted in overwhelming numbers for Trump in 2016, opt so heavily for the candidate who promised, explicitly and repeatedly, to launch a tariff war with the country that in many cases constituted their largest export market? Could it be that Jesus, Duck Dynasty, and putting minorities in their place might have loomed larger in their political imagination than sober calculations about where they will sell their soybean crop, or how long they’d be able to keep their Obamacare policy?

Mead’s lumping the Sanders vote in with Trump supporters is also problematic. Yes, many at the diehard and inflexible core of his support, the gamers and cosplayers, may stay home or even vote for Trump as a middle finger to The Man, but the great majority of Sanders supporters presumably voted for him simply because they liked his message about universal health care and correcting income inequality. Those are issues on which Trump is a disaster, yet Mead counts them all as potential Trump voters.

Again, he may be right about his prediction, as the future is not predetermined, although it is hard to assume great predictive accuracy if his analysis of the voters in question seems inaccurate and ideologically slanted.

There is also another possibility: as the disgraced Chris Matthews once said, a clever (and publicity-seeking) pundit should make a number of wild-ass predictions. If wrong, they will all be forgotten, but if he gets one “black swan event” right, he’ll be considered a genius on the order of a biblical prophet. (Matthews’s embarrassing man-crush on putative future president Fred Thompson certainly came a cropper!).

Has Yale’s Professor Walter Russell Mead (using the middle name in one’s moniker is a flashing caution light when it comes to pretention) ever actually ventured into Wheeling or Steubenville or Youngstown to see, unblinkered, what motivates their residents? The American class system is riven with more denial, fake guilt and crocodile tears, snobbery, reverse-snobbery, and sheer humbug than any social organization on earth. Academics often play a vanguard role in this pantomime by performing their clichéd Tom Joad routine, although it might be hard to keep a straight face when one is tenured at an institution like Yale that is home to Skull & Bones and has a $29-billion endowment.

Looking at Mead’s background, we find he has been described as a Trump influencer or Trump “whisperer.” Why is there now a portrait of Andrew Jackson in the Oval Office? Apparently, it was Mead who sold the whole Jacksonian hogwash to Steve Bannon and Trump. (In reality, Jackson was a terrible president: the Trail of Tears was the precedent for a dictatorial executive disregarding the rule of law and civil liberties, and his relentless war against the Second Bank of the United States triggered the Panic of 1837, one of the deepest recessions of the century).

We can speculate that rather than conscripting some right-wing talk show ranter to bolt together a semi-literate screed on Townhall.com triumphantly announcing Trump’s immanent victory, the president’s campaign called in their tame house academic to insert a “serious” thumb-sucker of an op-ed into a nominally prestigious journal so as to psychologically rattle the chattering classes with the specter of their worst nightmare coming true.

The Wall Street Journal may be the Lamborghini among Rupert Murdoch’s vast fleet of Yugos, but as ever, it’s imperative to take a test drive before plunking down your cash.