Here's why conservatives really oppose federal aid for the 'undeserving' 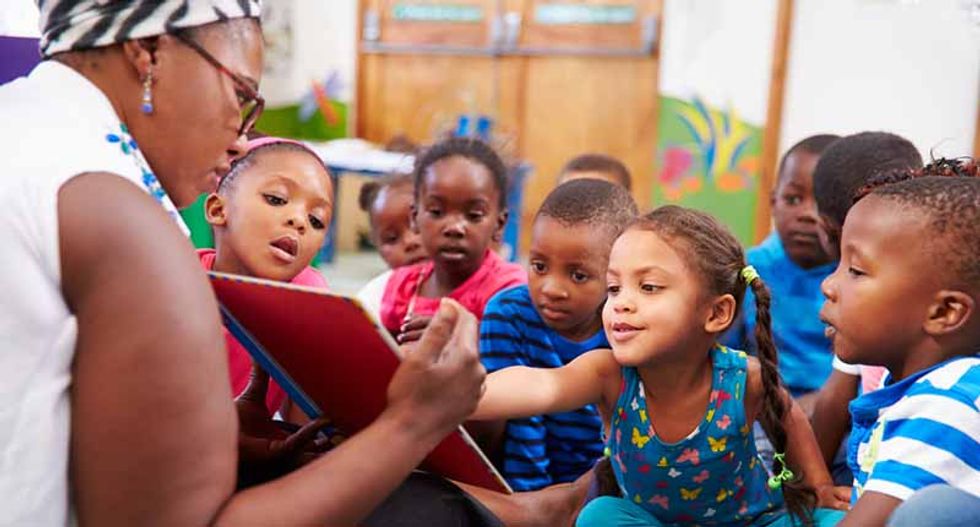 There is a singular and profound question that tugs at the sleeve of even the most sober analyst pondering the federal response to coronavirus. To wit, what the hell is it with these people? Although he's since backed off the proposal Michael Gerson couldn't figure out why Trump would decide to re-open the nation on Easter:

To be sacrilegious requires some recognition of what is actually sacred — a type of knowledge Trump has never displayed. To him, choosing Easter must have been like selecting Independence Day or Arbor Day or Groundhog Day — a useful date on which to hang a ploy.

Likewise, Paul Waldman is baffled by Lindsey Graham's attacks on nurses: "You know, the ones who right now are risking their lives to treat coronavirus patients, and are in some cases forced to wear trash bags because their hospitals have run out of protective gear."

John Stoehr is equally befuddled by Graham, who was joined by Rick Scott, Tom Scott, and Ben Sasse in attacking the third coronavirus relief bill because it had the audacity to toss in a measly $600 extra in unemployment compensation. John has a theory about conservative ideology behind the senators' performative opposition:

That interpretation is this: The rich can be trusted with public money, but not so everyone else. It’s OK to give Boeing tens of billions of dollars in relief aid. It’s OK to give corporations access to unlimited and cheap money from the Federal Reserve. But it’s not OK to give normal people an extra $600 a week, people who are at the same time being coaxed by billionaires into going back to work even at the risk of death.

It goes almost without saying that there's more than a little connection between conservative economic ideology and conservative racial ideology. Part of the performance in modern conservatism is opposition to the undeserving receiving federal largesse, with "undeserving" being more or less explicitly defined by skin tone, depending on who's talking at the moment.

It's possible to read the senators' rear-guard action as nothing more than an attempt to signal to the Trump-hoodooed base that their white bona fides were all in place, despite their inability to limit the bill's direct relief to white working-class domestic automobile-driving Red Man chewers. You can't win 'em all, sometimes you gotta help those big city folks too, you know.

As deep as the scar of racism runs in American society, though, there's something even deeper at work here. Stoehr is right to point out the economic hierarchicalism that pervades this attitude. Somewhere along the way, Republicans went from Reagan's belief that maybe the government should step off the necks of the wealthy a little, to Trump's brag that he could shoot someone on Fifth Avenue and get away with it, to the more up-to-date proclamation that the economy should reopen to save the stock market, even if it meant potentially hundreds of thousands of deaths. Some of them really seem to believe that rich people are better than everybody else.

I suppose the "to be fair" part of this is to say that Congressional Republicans believe it's important to fuel industries that employ thousands directly or provide the economic underpinnings of those who do, but this is a paper-thin rationalization. The trade-off for taking care of average working people was always going to be shoveling large stacks of cash at the rich. It doesn't take much to work that out.

But where does the instinct for class warfare come from? I think Stoehr is right to frame his argument in religious terms: heavenly import, sacrilege, faith and ideology, which is faith's steely cousin.

A number of years ago, I was chatting with the theologian Walter Brueggemann's then-wife Mary on a Sunday morning. She told me she'd been bemoaning some bit of racial egregiousness or another to her husband, and asked him why he thought people had to be this way. "There are two kinds of people in the world," he replied. "Those who don't see an order to the universe, and those who really want to see one."

That's about the size of it. Some people just want to know the names of all those they're better than, to paraphrase a singer. And some of them, like the current occupant of the Oval Office, see the world as a profoundly zero-sum game: either you're on top, or you're a loser. There are no alternatives.

This kind of domination play runs counter to the stated teachings of most of the religions Americans subscribe to, but let's not kid ourselves. You can find elements of social and economic hierarchalism in all the major faiths, despite their loving concern for the neighbor. For as long as humans have pondered God or gods, there have been those who have been willing to invoke the sacred to justify their position at the top of the social heap.

In fact, as Brueggemann points out in his most famous book, faith in a god who doesn't guarantee the social order is forever an anomaly. This is where religion turns the corner into ideology, just at the cusp of moving from gratitude for the blessings one has received to thinking the less fortunate deserve to be that way.

I'll leave it to readers to decide if this is a necessary development of faith, or a form of idolatry. The truly interesting thing about it is how naked it is. Graham, the two Scotts, and Sasse have simply abandoned anything but the thinnest fig leaf of moral justification, and a mighty incoherent fig leaf at that. It's as if the good Lord found them in the garden chomping away on an apple and without bothering to stop chewing they responded, "Buzz off, old man. We're worried about our donor base."

What is wrong with these people? God knows.