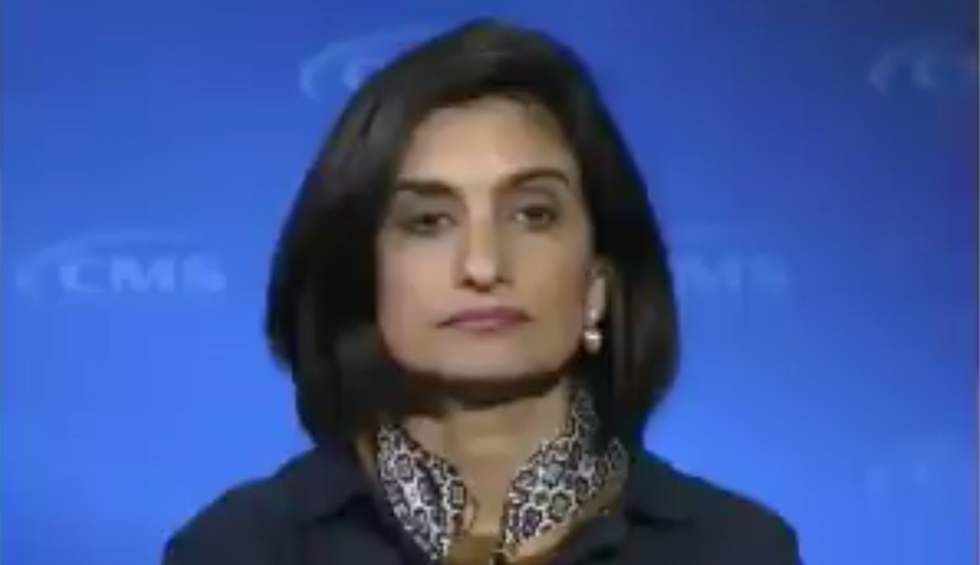 As the coronavirus crisis grows more and more disturbing, a word that one is hearing a lot in the United States is “preparedness” — as in, how prepared is the U.S. to test Americans who might have contracted coronavirus? And how prepared are U.S. hospitals to deal with a surge of new patients? The theme of preparedness asserted itself when, this week, Fox News’ Martha MacCallum interviewed Seema Verma, President Donald Trump’s administrator for the Centers for Medicare & Medicaid Services.

Unfortunately, nothing Verma said was either reassuring or informative.

MacCallum told Verma, “In terms of actual equipment, we heard Bernie Sanders, for one, coming out and saying that there’s a major shortage of ICU units. We’ve heard that there’s a shortage of ventilators, even swabs and equipment for the actual tests. What’s being done about that, and how concerned are you that when these numbers do start to rise…. that there’ll be enough ICU units, enough ventilators to help the people who do get sick in this country?”

Verma’s response was very much the type of evasive response one would expect from White House Adviser Kellyanne Conway: she recited a lot of Trumpian talking points but never answered MacCallum’s question.

“One thing we’re doing at CMS is to have rapid dialogue with health care providers,” Verma told MacCallum. “We’re meeting with providers almost on a daily basis to understand: what challenges are they facing?..... That’s why we’ve been putting out so much guidance.”

When it came to the fear of ventilator and ICU shortages, however, Verma remained evasive.

MacCallum asked Verma her question once again, telling her, “Are there going to be people in this country who don’t get a ventilator if they need one? Are you concerned that the actual physical equipment that is needed to serve the people who will get sick is out there? Can you reassure everyone tonight that there is not a shortage of ventilators or ICU units?”

After asking Verma question for the fourth time and not getting a straight answer, MacCallum finally gave up, saying, “OK, that’s not a direct answer to the question, but it sounds like a hope that there won’t be enough sick people and we won’t run out of ventilators.”